With the end Star Wars: The Clone Wars in sight, it cannot be understated how much of an impact the animated series has had on the Star Wars mythology. From introducing audiences to the character of Ahsoka Tano to further dissecting Anakin’s gradual turn to the Dark Side, The Clone Wars enhanced and expanded the Star Wars Universe and was bold in exploring complex themes regarding war, right and wrong, and authority.

Since The Direct has already ranked the 12 best Star Wars Rebels episodes , and in preparation for the series finale of Star Wars: The Clone Wars airing on May 4th, we narrowed down seven seasons of The Clone Wars episodes to the best eleven with two honorable mentions...

“The Carnage of Krell” (Season 4, Episode 10) : One of the main messages of The Clone Wars is that the clones are individuals, not mindless droids. This type of thinking was encouraged by the Jedi and embraced by the clones throughout the series. The brilliance of the episode is that it’s now a Jedi, not a Separatist droid army, posing a threat to the clones. If the clones want to survive, they have to defy orders and make their own decisions.

“Voyage of Temptation” (Season 2, Episode 13) : Obi-Wan is often seen as a stickler for the rules, but this episode humanizes him and reveals so much more of his character. His feelings for Satine, and later admitting to Satine herself that he would’ve left the Jedi Order for her, is surprising, revealing that he understands Anakin more than he lets on. Satine is Obi-Wan’s intellectual equal in every way. Their differing stances on pacifism and their genuine banter makes them feel like a real-life couple, also telling so much of who they are as individuals. Anakin’s act to save them also serves to show who he is and who he will eventually become. 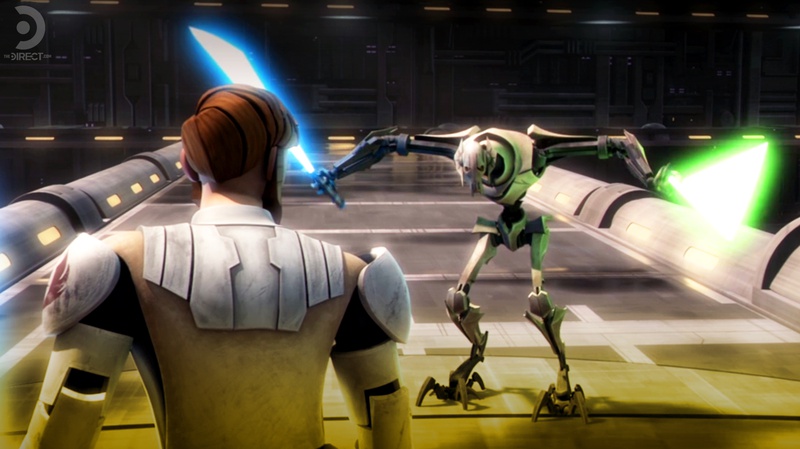 Anakin, Obi-Wan, and this episode's slate of villains may have a lot to do, but the clones are the real star of this episode. In returning to Kamino, and through picking back up with Echo and Fives, the audience receives an education of what life is like for a trooper. The clone who shows what it really means to be a trooper in the action is 99. Through his honorable death, he's finally able to prove he really is just like the rest of them; and it has nothing to do with appearance or physical strength. His death is truly one of the most touching moments of the whole series. 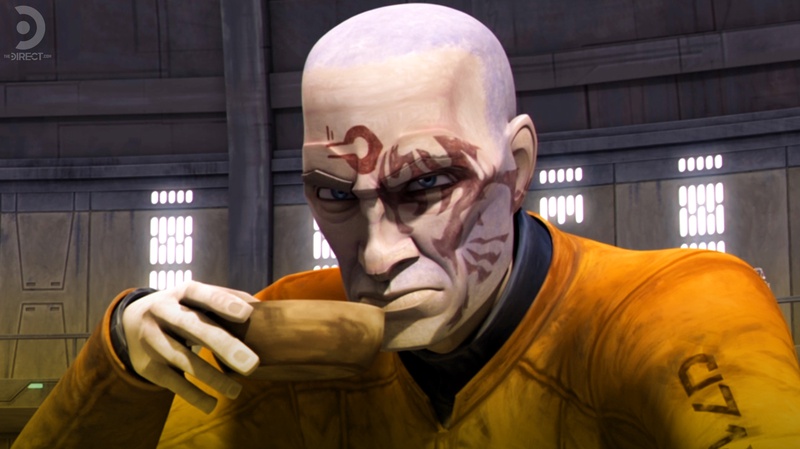 “I’m worried about Anakin. He hasn’t said a word since it happened. ” – Ahsoka Tano

Arguably the coolest Jedi mission ever? Obi-Wan fakes his death, assumes the appearance of his supposed murderer, and attempts to infiltrate a plot to kidnap Chancellor Palpatine. Seeing Obi-Wan navigate life in prison while maintaining his cover is both tense and wildly entertaining. However, Anakin and Ahsoka have no idea Obi-Wan is alive. While this plot point adds to the tension, it serves to push Anakin towards the Dark Side and contributes to his fear of loss. Also, this episode deserves bonus points for the Boba Fett cameo. 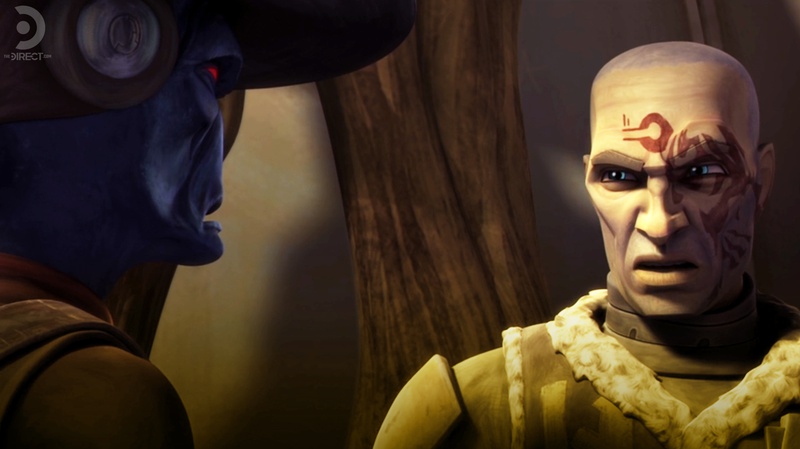 “Overdue the truth is. ” – Master Yoda

More Cad Bane is never wrong. He’s one of the best and most capable villains in The Clone Wars and is the perfect intellectual match for Obi-Wan. The tension is thick in this episode as Obi-Wan struggles to maintain his cover while evading Anakin who’s determined to avenge his master but has no idea Obi-Wan has taken on the appearance of his target. 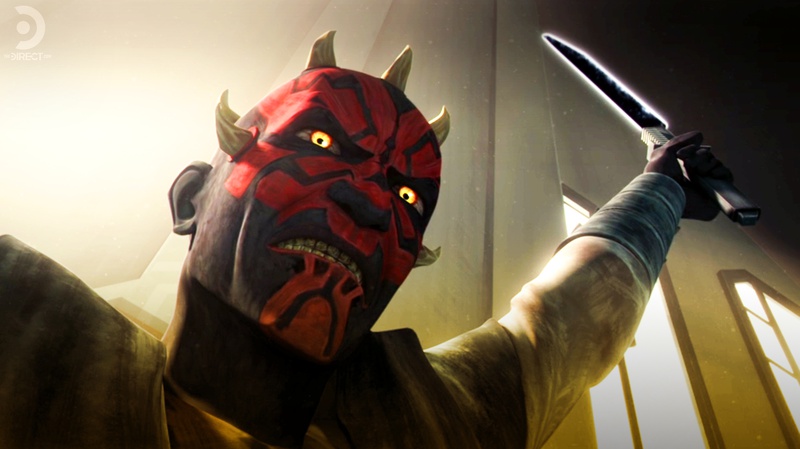 “It is time for the Death Watch to take action. Make sure you put on a good show. ” – Darth Maul

This is some of Darth Maul at his best, manipulating his way to the top and then using his skills and Mandlorian culture to his advantage to seal the deal. There's a lot to see and learn about Mandalore in this episode; the impact of its events lay the groundwork for upcoming episodes and continue to play out in Star Wars Rebels and The Mandalorian series. 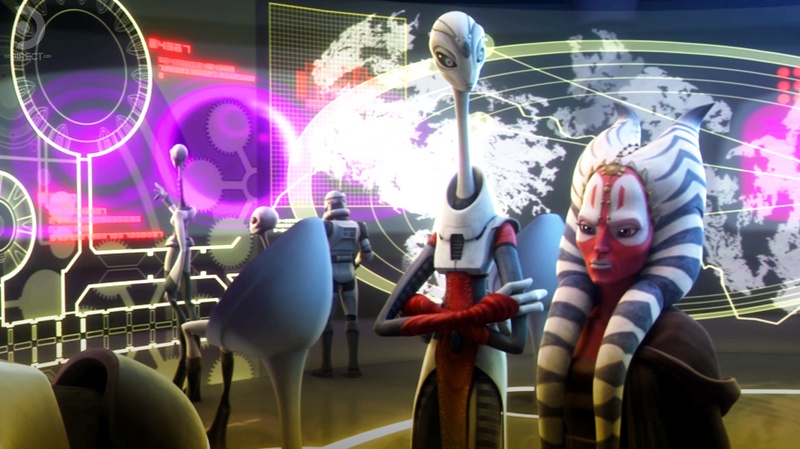 This series falls between the events of The Attack of the Clones and The Revenge of Sith and strives to humanize the clones, and so Order 66 had to at least be addressed. The Fives’ effort to find out what the chip is, why it’s there, and his willingness to remove his own despite the risks is both admirable and compelling. However, the chip shows that the clones, like so many others during the Clone Wars, are tragic pawns in a game they know nothing about. Finally, Fives and AZI-3’s relationship is surprisingly entertaining and goes a long way to lighten the tone. It’s also a twisted bit of irony that a clone’s only ally in this situation is, in fact, a droid. 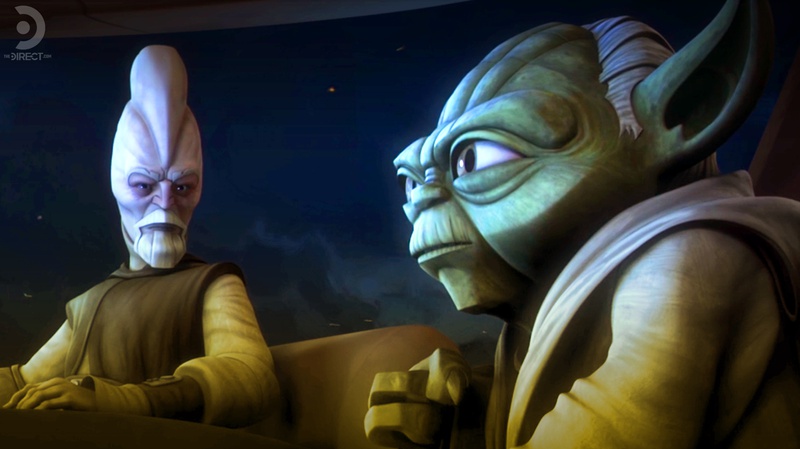 One of the best examples of how The Clone Wars enhances the prequels, “The Lost One” revisits an unresolved plot point from Attack of the Clones and discovers the fate of Jedi Syfo-Dyas. Yoda’s exchange with Chancellor Palpatine is a highlight, as is Anakin and Obi-Wan’s realization that Dooku is Tyranus during an epic lightsaber duel. Yoda’s speech to the Jedi Council to close out the episode is one of the series’ best. They’ve realized their enemy has made their army for them and decide to do the Chancellor’s work for him, covering up their discovery to protect the clones who will kill them. 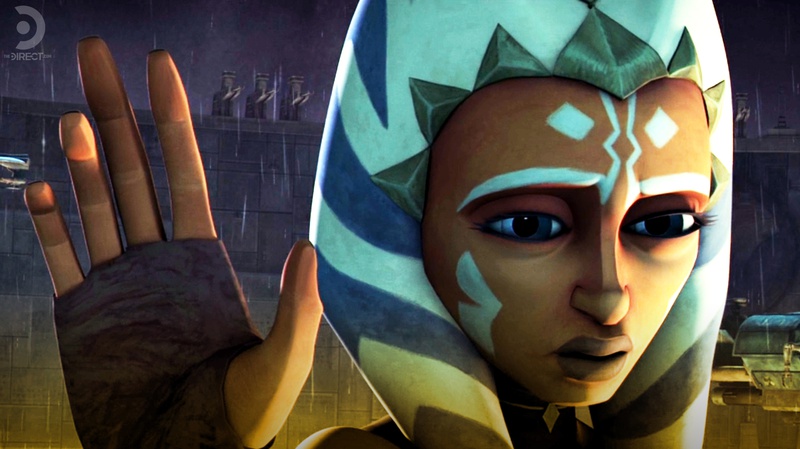 This episode accomplishes so much. It lays the groundwork for why Ahsoka won’t be around for the events of The Revenge of Sith , illustrates how the Jedi are continually being manipulated, and leaves Anakin caught in the middle to further push him towards the Dark Side. There are several standout moments, such as Barriss and Ahsoka’s discussion about emotions and attachment, as well as Anakin agreeing with Admiral Tarkin to foreshadow their relationship in A New Hope . 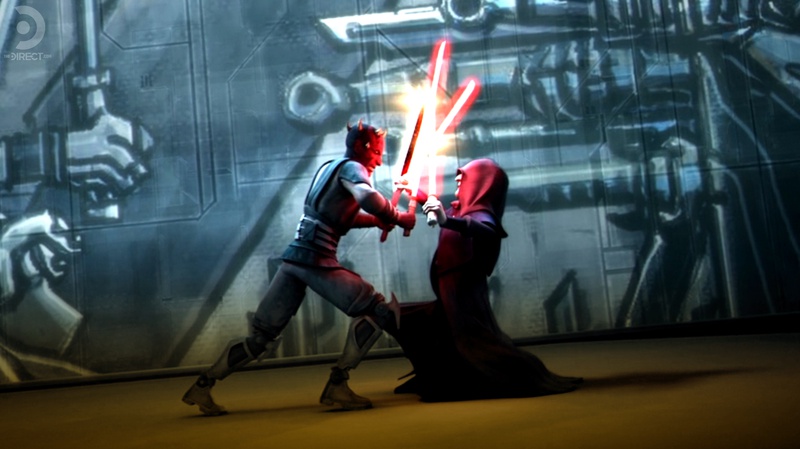 “You can kill me. But you’ll never destroy me. ” – Obi-Wan Kenobi

Perhaps the most heartbreaking episode of the series, Obi-Wan rushes off to Mandalore without the Senate's permission to save Satine, again illustrating how he and Anakin are alike. But when Maul chokes and impales Satine in front of Obi-Wan as an act of revenge, Obi-Wan demonstrates how he’s different. Instead of giving in to anger, Obi-Wan explains the Dark Side is weakness and manages to show compassion towards Maul. The episode ends with a rare and chilling visit by Darth Sidious, who engages in a lightsaber duel with the brothers, kills Savage, and tells Maul he was an unworthy apprentice who has been replaced. Instead of killing Maul, Darth Sidious opts to torture him with Force lightning instead since he may prove useful later on. 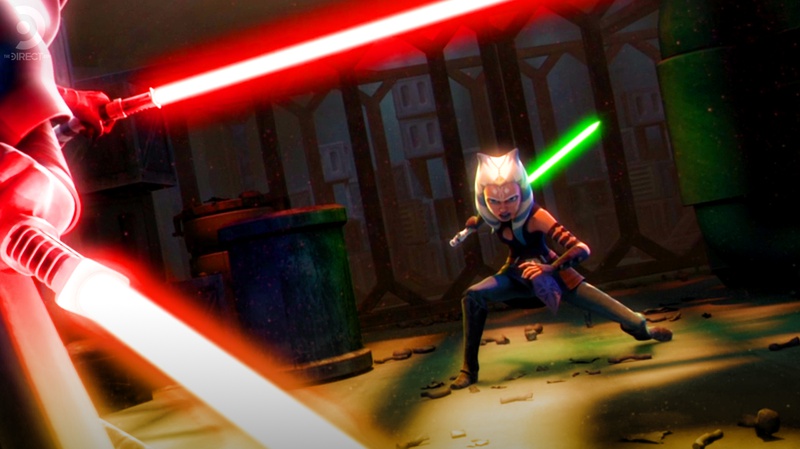 “So the Jedi aren’t that holy after all .” – Assaj Ventress

Ahsoka is completely out of her element as she finds herself navigating the underworld of Coruscant. While surprising, her decision to team up with Assaj Ventress illustrates her growth. She’s smart enough to realize the two have a lot in common and have both been betrayed. Also, Assaj Ventress’ dialogue is always perfection. Much of this episode is about how things aren’t what they seem. Ahsoka’s former allies are now threats while her former threats are now her allies, a small-scale representation of the actual state of the galaxy. 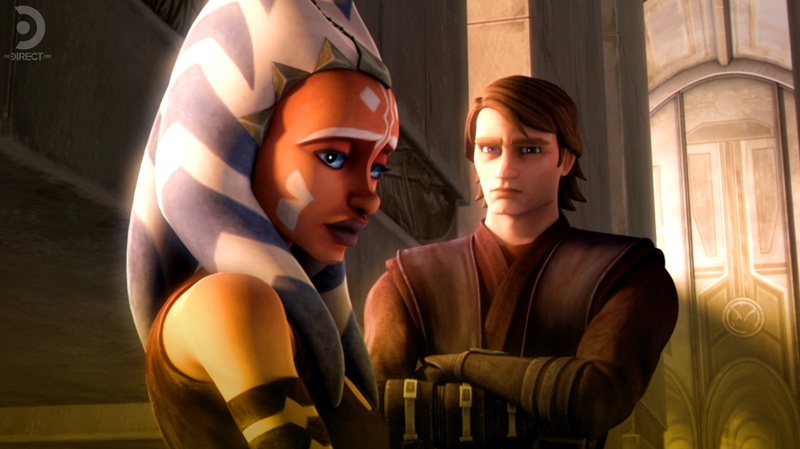 “The Jedi Order is your life. You can’t just throw it away like this. ” – Anakin Skywalker

The final scene of this episode is one of the best moments in the series, and its emotional impact is completely earned. In many ways, Ahsoka represents the best of Anakin and their final conversation as Master and Padawan is so richly layered and complex. Ahsoka is leaving because she’s been betrayed by the Jedi Council, her friend, and the Republic; but in doing so, she’s betraying her Master who believed in her. Yet, in staying with the Jedi, Anakin is choosing that life over what his apprentice and what he thinks is right. He admits understanding wanting to leave, and she admits knowing more about him than she’s let on. However, his decision to stay while she walks away says just as much about him as it does her and shows they are truly on separate paths from here on out. 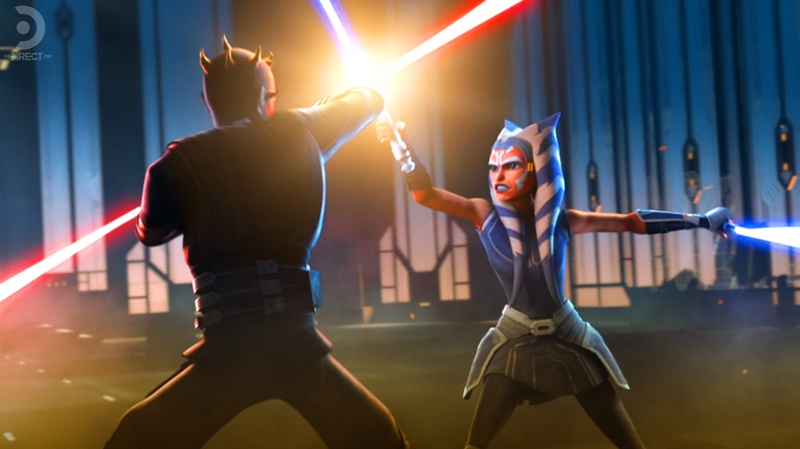 "I see the Padawan needs one last lesson. " - Maul

Ahsoka faces off with Maul on Mandalore while the events of The Revenge of Sith begin to unfold off-screen. While the audience knows the fate of the galaxy, apparently Maul does too. His purpose on Mandalore was to trap and kill Anakin to deprive his former master of his soon-to-be apprentice. In this way, Maul and Ahsoka both want the same thing: to stop the Sith; and in a very Star Wars moment, Maul even invites Ahoska to join him to stop Sidious. But Ahsoka can't accept the truth about Anakin or see what's coming.

Their lightsaber duel in the throne room with the war raging outside to the rafters of Mandalore is pure art. Actors performed the duel via motion capture , including the legendary Ray Park who played Maul in The Phantom Menace ; and the score's callback to John Williams' "Duel of the Fates" elevates the scene to a cinematic level while bookending the sequel era perfectly. Even though audiences know the conclusion of this story, "The Phantom Apprentice" manages to raise the stakes while showing a whole other view of the tragedy about to unfold.