The Flash: Michael Keaton in Talks to Play a Key Role in 1989 Earth Section of Flashpoint Film

To say that The Flash has had a rough time with production might be the understatement of the 21st century. After being announced as a part of the DC Extended Universe all the way back in 2014, the film has faced a number of delays with three different directors signing on and exiting the film before the role was finally filled by Andy Muschietti. Even though production is once again delayed due to the Coronavirus pandemic, things at long last are looking to be on track with the film set for international release on June 3, 2022.

This far, the only confirmed cast member for The Flash is Ezra Miller, returning for his fourth DCEU movie after starring in 2017's J ustice League and providing cameos in 2016's Batman V Superman: Dawn of Justice and Suicide Squad . Rumors have also come recently pointing to the return of Jeffrey Dean Morgan's Thomas Wayne version of Batman and Ray Fisher reprising his role as Cyborg . More news has just released detailing another potential cast member of the upcoming Scarlet Speedster solo film, one who has been a comic book movie mainstay for decades.

In a new exclusive release from The Wrap, veteran Hollywood star Michael Keaton is set reprise his role as Bruce Wayne/Batman in the DCEU's upcoming The Flash movie. Rumors point to his Batman serving as a kind of mentor role similar to Nick Fury in the MCU with the potential to appear in future DCEU movies as well.

If these talks make, sources say Keaton could end up playing Batman in a mentor capacity, a bit like Sam Jackson's Nick Fury, and appear in multiple movies. BATGIRL is one of the possible projects. https://t.co/3FTuQQplZn

This casting clarifies the recently released rumors of the Thomas Wayne Flashpoint Batman potentially coming to the movie.

There is no Thomas Wayne Flashpoint Batman. He hasn't been in the script for years. Now you know the reason why.

Along with this exciting report came news of when The Flash will begin its production - the movie will finally begin the film making process in early 2021.

No matter what decade it is or what the current status of cinema is, it's starting to feel like a guarantee that Michael Keaton will appear in a superhero movie. His work has earned a great deal of critical success, notably including a Best Actor Academy Award nomination for his performance in 2014's Birdman or (The Unexpected Virtue of Ignorance) . He also gained worldwide fame for his first portrayal of Bruce Wayne in 1990's Batman and 1992's Batman Returns before taking on the role of Adrian Toomes/The Vulture in 2017's Spider-man: Homecoming , a character that will potentially return in 2021's Morbius from Sony Pictures. 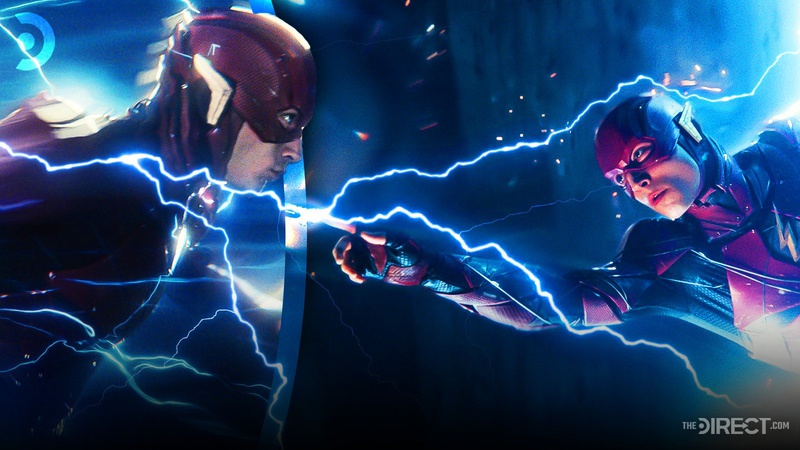 This is an incredibly exciting breakthrough for the DCEU bringing Keaton back as the Caped Crusader after nearly 30 years away from the cape and cowl. He has been regarded as one of the most well-respected and most admired actors in the industry for decades and he was a huge part of keeping superhero movies at the forefront of pop culture before the turn of the century.

Keaton will be the third different actor to portray Batman in the DCEU after Ben Affleck's performances in Zack Snyder's Batman V Superman: Dawn of Justice and Justice League , followed by Robert Pattinson's newer take on the Wayne Enterprises CEO coming in Matt Reeves' The Batman next year. There are no other specific projects for which Keaton is confirmed yet. The Flash is set to restart it's production in early 2021.