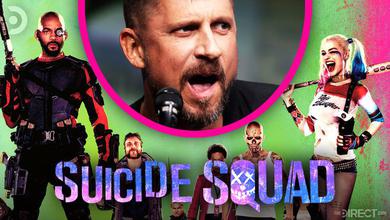 The DCEU has gotten quite the kick in the pants the last couple of weeks. Not only is the franchise well underway towards releasing its new slate of movies starting in just over two months, the fans have also finally gotten what they wanted with the announcement of the Justice League Snyder Cut coming in 2021.

After that announcement arrived, rumors started swirling almost instantly regarding the possibility of another director’s cut that has been discussed for even more time than Justice League. More fuel has just been added to that fire thanks to a new social media post, one that was acknowledged by one of the DCEU’s top brass.

A new Twitter post from user @Joker___Leto has reiterated the overwhelming desire for the Ayer Cut of 2016’s Suicide Squad to be released. Not long after being posted, the message was retweeted by the very director of the movie, David Ayer.

After the Snyder Cut of Justice League was officially given the green light to release on HBO Max, fans were adamant that David Ayer’s movie receive the same treatment in the future. It seems that Ayer is completely behind the sentiment after speaking out on numerous occasions about how much the final product didn’t match his own vision.

While Ayer imagined Suicide Squad to be a much different and much darker film with eerie psychological undertones, the studio reportedly changed the entire tone of the film and added more comedy in the same light as 2014’s Guardians of the Galaxy and 2016’s Deadpool. Ayer has also claimed that former DCEU CCO Geoff Johns added material to the film that completely broke the timeline that Ayer had originally planned for the plot. There was no directorial change like the one Justice League went through, which made the cries for David Ayer’s real cut of the movie that much more impactful.

There are currently no reports of an Ayer Cut of Suicide Squad gaining any traction toward a release. The movie’s sequel, James Gunn's The Suicide Squad, is also currently in post-production in preparation for release on August 6, 2021.