The DC Extended Universe is closer than ever to a theatrical return as life finally starts its slow return to normal. Warner Bros. currently has seven films confirmed to be in development and is highly anticipating releasing movies again when Wonder Woman 1984 comes to theaters on October 2, 2020 .

While fans are also looking forward to the DCEU's second movie in their new slate with James Gunn's sequel/reboot The Suicide Squad , the news stream has been filled with rumors regarding a new version of the original Suicide Squad from 2016. More wood has just been thrown onto this particular fire with a recent social media blast giving a great deal of support for a cut of the film that fans have wanted for years.

Via a social media post from Twitter user Chris Valentino , the Ocala Drive-In located in Ocala, Florida ran a 15-second ad for America's Vet Dogs. Following this was a 15-second ad supporting the release of the David Ayer director's cut of 2016's Suicide Squad . The drive-in's owner allowed the Ayer Cut to run for free due to it being accompanied by the dog charity ad, and the Twitter post was acknowledged by David Ayer himself: 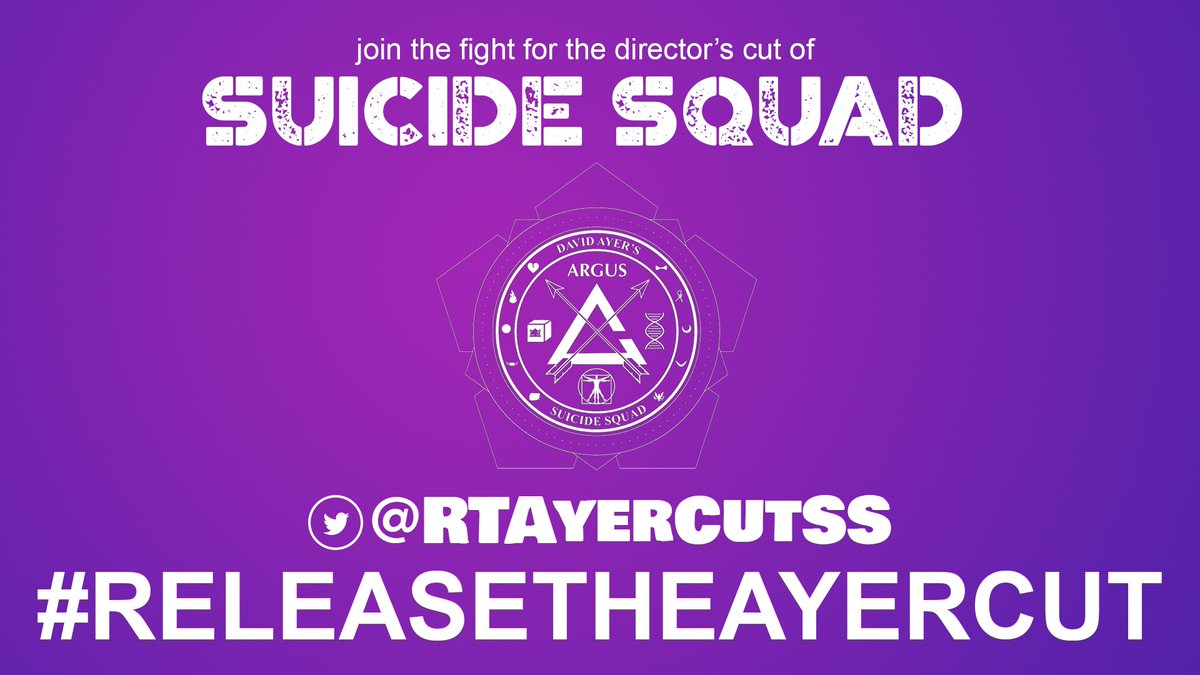 David Ayer has been one of the most vocal supporters of the movement to release his own cut of Suicide Squad . After multiple claims that his film was highly edited and changed from the editing room to the theatrical release, the cries for the release of the Ayer Cut have grown louder by the day from both fans of the film and the film's own crew. From reports of the film's timeline being broken to the reveals that Jared Leto's performance as the Joker was ripped out of the movie, it's becoming clearer by the day that the theatrical cut was nothing like the film Ayer originally planned.

There are currently no official plans for the release of the Suicide Squad Ayer Cut . The Suicide Squad , directed by James Gunn , has completed principal photography and is in post-production in preparation for international release on August 6, 2021.