She-Hulk: Attorney at Law Episode 5 pushed Jennifer Walters' story to new heights ahead of her likely membership with the Avengers in projects like Avengers: The Kang Dynasty. And in her own solo series, the Avengers are more connected to her own story than nearly any Phase 4 project to date thanks to her familial ties to Bruce Banner and her own place as a Hulk.

Warning: Spoilers for She-Hulk: Attorney at Law Episode 5 below.

In this new entry, Jennifer Walters’ paralegal and best friend Nikki took it upon herself to give Jen a fresh look. For the past several episodes, Jen has been wearing men's suits in her She-Hulk form as they’re the only businesswear that will fit her 6’7” body.

And so, Nikki and co-worker Pug travel to a location where the world’s leader in superhero fashion is supposed to have his offices. Instead, the pair find a man peddling bootleg Avengers merchandise as a front for designer Luke Jacobson.

The phony products, emblazoned with incorrect-looking heroes and the word “Avongers,” were a humorous addition to the episode. Following this reveal, Marvel’s social media team took this ball and ran with it.

The official Marvel-affilliated Twitter account for the Avengers has temporarily rebranded in a comical piece of synergy with the latest episode of She-Hulk. The account has been renamed “Avongers” and the bio reads, “Earth’s Toughest Heroes.”

In addition, the profile pic now shows knock-off versions of Captain America, Thor, and a purple take on the Hulk, as designed by frequent Marvel emoji artist 100% Soft. Check out a screenshot of the revamped page below.

The account looked as normal as ever only the day before She-Hulk Episode 5 premiered.

Below is a close-up of the bootleg t-shirt from the show which also features rip-offs of Iron Man, Black Widow, and Hawkeye. 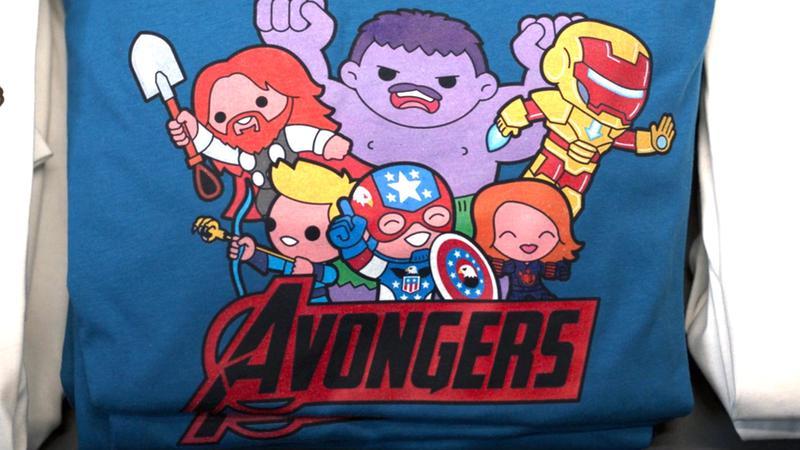 Now, before Twitter users descend into a collective panic, this change to the Avengers‘ profile is obviously just temporary. Still, it’s a funny piece of connective tissue with She-Hulk.

After these funny clothing items ended up acquiring a whole new wardrobe of smart-looking business apparel from Luke Jacobson. Walters will very likely be returning to the LA-based designer for her superhero costume, which has been glimpsed in various trailers and promotional material for the show.

And Jen isn’t Jacobson’s only client. The fashion guru was also in possession of a certain horned helmet for a specific and notable New York lawyer, as seen in the closing seconds of the fifth episode.