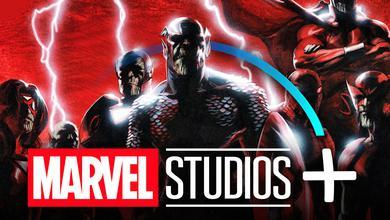 The Disney Investor's Meeting is in full swing, with breaking news coming from every angle of the entertainment mogul. Among other announced plans in their Hulu and ESPN+ divisions, the studio announced that both the Marvel Cinematic Universe and Star Wars universe will be receiving ten new Disney+ series each, with a total of 20 new shows arriving in the next few years.

Lucasfilm is already deep into Season 2 of The Mandalorian with shows for Cassian Andor and Obi-Wan Kenobi also in the works, and Marvel is working toward the official premiere for WandaVision on January 15 with seven other confirmed series in the next two years.

Marvel is about to expand monumentally with their new Disney+ slate, and this new group of shows is about to blow the roof off the MCU with the latest announcement from the Investor's Meeting.

Marvel CCO Kevin Feige confirmed at the 2020 Disney Investor's Meeting that a Secret Invasion series is officially in development for Disney+. The series is set to star Samuel L Jackson as Nick Fury and Ben Mendelsohn as Talos.

Even considering the vast wealth of new characters Marvel is bringing to life with Disney+, as well as the continuing stories for MCU mainstays, this is potentially one of the most massive projects in the MCU’s storied history. Fans have been fantasizing about a potential live-action Secret Invasion story for years, especially after Captain Marvel gave more depth to the Kree/Skrull war, and it now opens up so many possibilities on what’s coming in the future.

Secret Invasion will put everything MCU fans know and love into question, with the chance there that many of the classic characters could be realized as imposters. It will also be interesting to find out exactly how this will fit into MCU canon considering the Skrulls' friendly relationship with Carol Danvers, but this series has the chance to throw the MCU completely off its axis in a very short amount of time.

With the fact that Samuel L. Jackson and Ben Mendelsohn will be returning to the MCU as Nick Fury and Talos respectively, this series is already set to be an incredible adventure ripe with conflict. The two were last seen at the end of Spider-Man: Far From Home working together to help Peter Parker on his latest mission, but this series should throw them into a battle unlike any either of them has seen before.