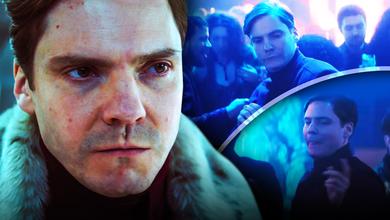 Marvel Studios is officially halfway through its run on its second Disney+ series, The Falcon and the Winter Soldier, with “Episode 4” preparing for its imminent arrival. Before fans dive into the next chapter of this story, it feels appropriate to take a short trip down memory lane and look at where the show has gone thus far.

“Episode 3” brought more plot details than either of its predecessors by bringing Daniel Brühl’s Helmut Zemo and Emily VanCamp’s Sharon Carter into the mix. In an episode full of major reveals and unexpected twists, the highlight for fans worldwide was Brühl breaking it down on the dance floor in a Madripoor nightclub before all hell broke loose.

This moment was only about two seconds long, leading to the hashtag #ReleaseTheZemoCut gaining instant popularity on social media.

Nearly a week after this moment debuted, Marvel Studios has answered the call of fans around the world…

MARVEL GIVES THE FANS WHAT THEY WANT

Marvel Entertainment posted a one-hour video of Daniel Brühl's Helmut Zemo dancing in the Madripoor nightclub from "Episode 3" of The Falcon and the Winter Soldier.

The video includes never-before-seen footage that extends on his iconic two-second dance moment from the Disney+ series. This new footage is about 30 seconds long and was put on repeat for the length of the video.

FIST PUMPING INTO THE HEARTS OF THE FANDOM

Forget Sam and Bucky teaming up for the first time since Avengers: Endgame. Forget super soldiers continuing to run loose in the wild. Forget the shocking Ayo reveal from the end of this very same episode.

Even though the footage in the one-hour video is only half a minute repeated about 120 times, the MCU fandom can now enjoy deleted footage that had been teased since "Episode 3" first debuted. Brühl appears to be having a blast amongst the party crowd even though he can't show it on his face as Zemo, and this video is already racking up major numbers in terms of views.

This will most likely be the last of this kind of moment from the man who fans are anticipating will take more of a villainous role later in the story. However, even if just for a moment, Helmut Zemo's dance moves live on in the history of Marvel Studios' greatest moments.

The canon dancing scene can be seen in "Episode 3" of The Falcon and the Winter Soldier on Disney+. Zemo will return in "Episode 4," which premieres on Friday, April 9.