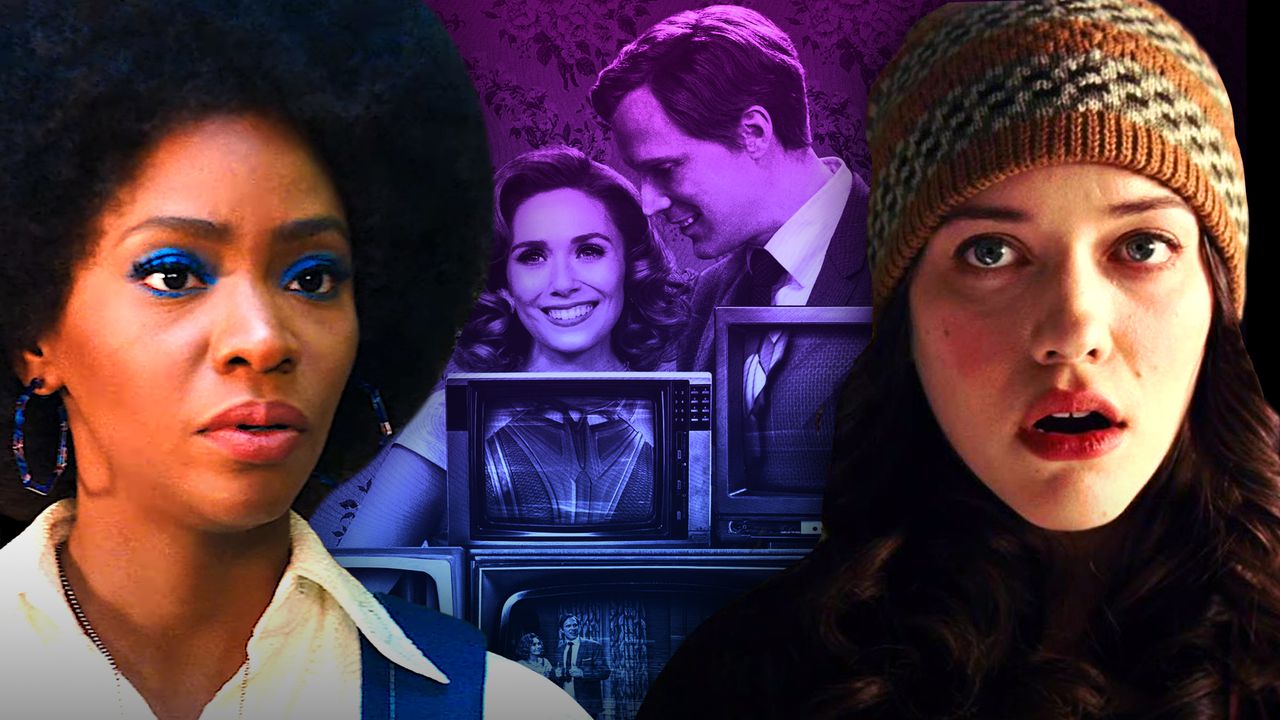 There is an enormous amount of anticipation with WandaVision, with the trailers giving little away in terms of story and context. Thus far, one of the bigger mysteries of this show is how Monica ends up in Wanda's made-up world, which even Wanda herself seems perplexed by when she introduces herself. Co-executive producer Mary Livanos has said that Monica being there is an intended mystery for fans, and discovering how they got tangled in this sitcom reality will be part of the watch experience.

A handful of fans were put off by some of the confusing aspects in the first trailer, particularly Mr. Hart's outburst towards Wanda and Vision went they wouldn't properly answer his questions.

Now, a new poster for the series features a television screen displays a scene that shows Mr. Hart escalating the situation further, with another scene of Monica Rambeau joined by two other supporting characters.

Wanda's comic-accurate costume may have been obsessed over by fans in the recent poster for WandaVision. Still, some have also pointed out two interesting images seen in the television sets in front of Wanda and Vision.

The most interesting image of the two shows Darcy Lewis, Monica Rambeau, and Jimmy Woo. Darcy is looking at Monica in what appears to be amazement; Monica has her eyes wide open, brows reaching to her forehead in surprise, staring at whatever is in front of her, and Agent Woo is holding his pistol and looking at what Monica is looking at in utter confusion.

The second image shows Mr. Hart, who was last seen joining Wanda and Vision for dinner in the first trailer, yelling at both of them for being unable to recall details of their lives before moving onto the street. In this image, Mr. Hart seems to be yelling at them further pointing an accusing finger towards Wanda and Vision as Mrs. Hart grabs his other arm, presumably tugging him and insisting they leave.

The first image appears to show Monica having just displayed her powers for the very first time in front of Darcy and Agent Woo, likely obliterating something in front of them. Darcy is looking at Monica in amazement, Monica is shocked at herself for doing it, and Jimmy Woo looks worried and baffled.

This scene could connect with Monica getting her own S.W.O.R.D. sanctioned costume, one that would make her fit in Wanda's to the 70s reality. In the latest trailers, fans are shown that 70's Monica is booted from Wanda's reality during the 70s era of sitcoms. So, as many theorized, it's likely that this incident is what gives Monica her powers, which she later demonstrates in front of Darcy and Agent Woo.

As for Mr. Hart further yelling at the Vision family, Wanda may likely have done something to upset him further, as Vision seems to be running in from the kitchen, as indicated by his apron. It could be that Mr. Hart does something to make Wanda angry, with Wanda responding by using her powers on him. Either something minor like spilling a glass of wine on him or causing him to choke. Whatever the case, something seems to further cement in Mr. Hart's mind that they both don't belong, which was a common theme of Tom King's Vision comic run.