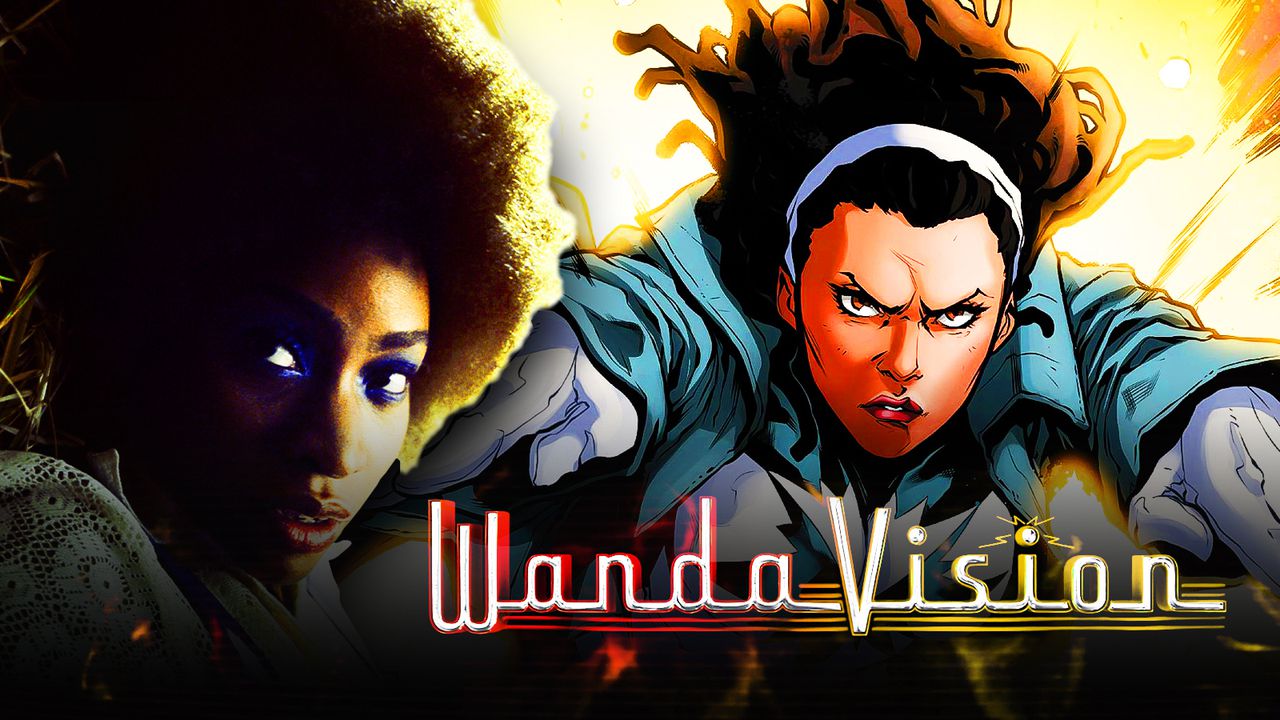 Fans knew that they would see a grown-up Monica Rambeau after her appearance as a child in Captain Marvel, such as in the Brie Larson-led sequel. Still, they were not expecting Teyonah Parris to suddenly be announced as Monica Rambeau and debuting in WandaVision at Comic-Con last year. It was later shown in leaked set photos that Monica would be a member of S.W.O.R.D., the sister-organization of S.H.I.E.L.D. in the comics that deals with extraterrestrial threats to Earth.

Teyonnah Parris is pumped to play a "badass" superhero-like Monica Rambeau, but the big question for fans, who know her character from the comics, is how she will get her powers. One of the bigger mysteries in WandaVision may be exactly that and Rambeau's involvement with Wanda and Vision's sitcom reality.

Entertainment Weekly, in their story on WandaVision, focused on the character of Monica Rambeau, played by Teyonnah Parris, and her role in the show.

Writer Jac Schaeffer described Monica Rambeau as having "a toughness and an ability to be a woman in a man's space," which Teyonah brought out through her acting. Teyonah Parris described her experience as Monica Rambeau as “...so special and honored to be able to walk in her shoes and bring her story to life,” and that she hoped that playing a character from an underrepresented group would give those in it a chance at seeing themselves on screen in such a huge franchise.

“I hope that me playing this character (a) gives a group of people who are underrepresented a chance to see themselves, and (b) seeing my face and my Black body helps them engage with Black women and our humanity.”

Co-executive producer Mary Livanos hinted a mystery about “...how the heck would she become involved in this odd sitcom that Wanda and Vision find themselves in,” which will slowly unravel over the course of the show. Livanos expanded on the character, explaining her comic book history as "a leader among heroes" and that Rambeau is "the type of hero that can always talk with other heroes."

Like Brie Larson before her, Teyonnah Parris explains how she had no prior experience in such an effects-heavy production while still acting and connecting with other actors on set:

“What I’m finding challenging is doing things that I’m uncomfortable with and I’ve never had experience with [while] still trying to tell the story at hand,” she explains. “[I have] to look like I know what I’m doing, even though I’m 20 feet hanging in the air, and I’m sweating, and my hair is doing this and that, and I smudged my eyebrow off, and I still have to connect with the actor who’s on the ground waiting on me.”

By far the most telling part of this article from Entertainment Weekly is when Parris is talking about being "20 feet hanging in the air" and still having to "connect with the actor who’s on the ground waiting on me," which seems to heavily imply her flying or hovering during the scene in question. It could also be Wanda lifting Rambeau into the air with her telekinesis before throwing her out of Wanda's happy new reality.

In the WandaVision trailer, fans only saw Teyonnah Parris' Monica Rambeau being flung through a portal at high speed with S.W.O.R.D. agents (and Darcy) running towards her. This will likely be part of the mystery Livanos mentioned in her interview and how Monica Rambeau ended up in Wanda's sitcom reality, only to be unceremoniously thrown out.

Could it be the explanation for how she gets her powers? It would be a good way to streamline her likely inclusion in the Captain Marvel sequel without the need to have an origin story or explanation of her powers in that movie, but instead, having it in WandaVision instead.