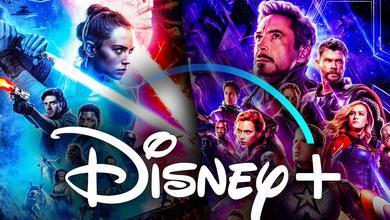 Since its launch in 2019, Disney+ has been the home of the company's two biggest franchises: Star Wars and Marvel.

Following the phenomenal success of Lucasfilm's The Mandalorian with a Friday morning release, Marvel Studios followed suit with WandaVision and The Falcon and the Winter Soldier.

But, just ahead of the release for Marvel's Loki series on the streaming service, Disney surprisingly shifted course by having Loki's Tom Hiddleston announce that "Wednesdays are the new Fridays."

Apparently, Disney thinks that this change was a good move and intends to make the shift permanent.

Following the record-breaking premiere of Marvel's Loki on Disney+, the House of Mouse's streaming service appears to be changing its release strategy.

Disney+ has confirmed to Deadline that the streaming service intends to drop all of its new original series on Wednesdays as opposed to the traditional Friday release.

This will affect all of Disney+'s original, scripted, and animated series; however, Disney+ Original Movies will keep to Friday premieres.

WEDNESDAYS ARE PART OF THE SACRED TIMELINE

Considering Loki centers on time, it's ironic that this series is what prompted Disney+ to change its release schedule.

While it's true that Loki's Wednesday debut shattered the streamer's previous records and sits as the most-watched series premiere, other factors could've contributed to the result such as the time of year to the show's promotional campaign to the popularity of Loki himself.

Looking ahead, this change will prove especially interesting come 2022 when there's an overlap of both MCU and Star Wars series competing for viewership. After all, it's unlikely that Disney+, not to mention Lucasfilm and Marvel Studios, will be happy with that particular arrangement.

Perhaps audiences will see two release days for original Disney+ shows in the future. One thing is for sure, the Disney Time-Keepers will be ready to adjust the timeline to keep the success of Disney+ moving forward.