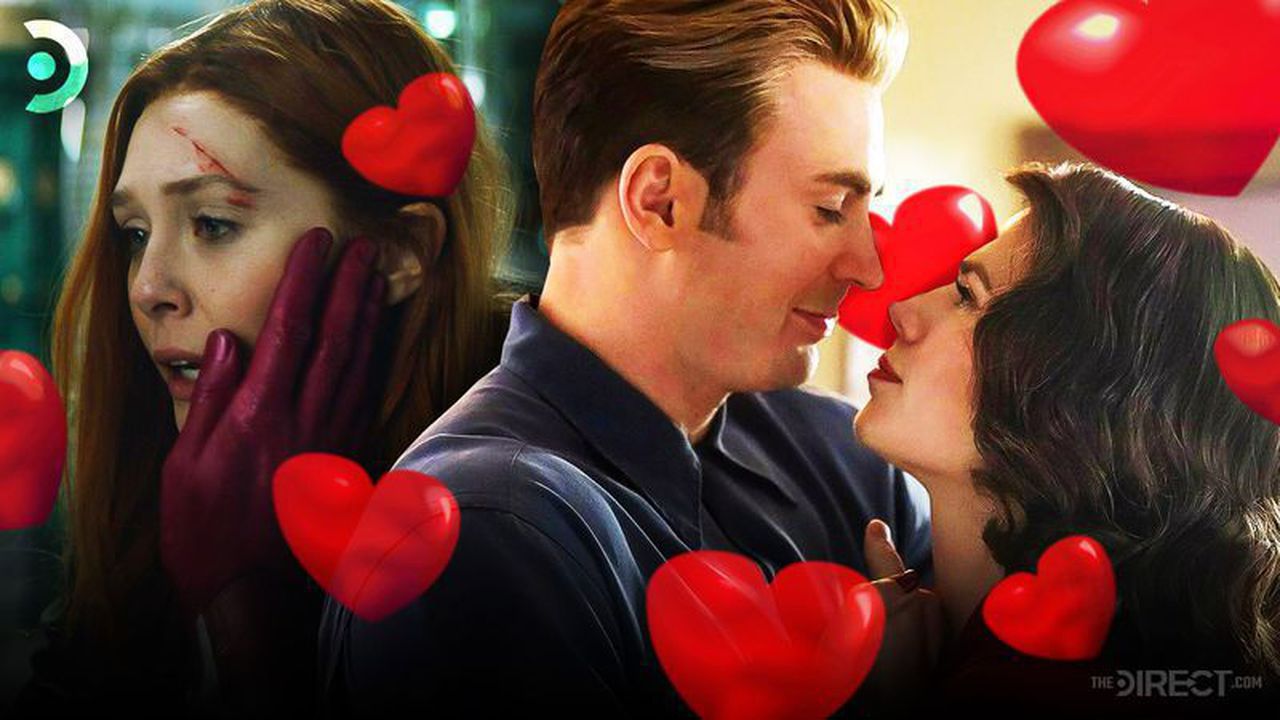 Just because superheroes are sometimes busy fighting gods, aliens, and robots doesn’t mean they don’t have time for a little loving on the side. Some of the MCU’s greatest storylines have been accompanied by some grand romances as well, from Tony Stark and Pepper Potts’ budding relationship that started in 2008’s Iron Man to Steve Rogers and Peggy Carter’s love that truly stood the test of time (cue Harry James' "It's Been a Long, Long Time").

As satisfying as it is to see Thor's triumphant Wakanda entrance in Avengers: Infinity War or Captain America yield Mjolnir in Avengers: Endgame, it's equally as satisfying to see our heroines land the guy or gal.

Overall, there have been a lot of smooches (but mostly longing gazes) over the course of the Infinity Saga. So, The Direct decided to reflect back on some of these greatest love stories and decide who exactly deserves the title of Ultimate Couple Goals. 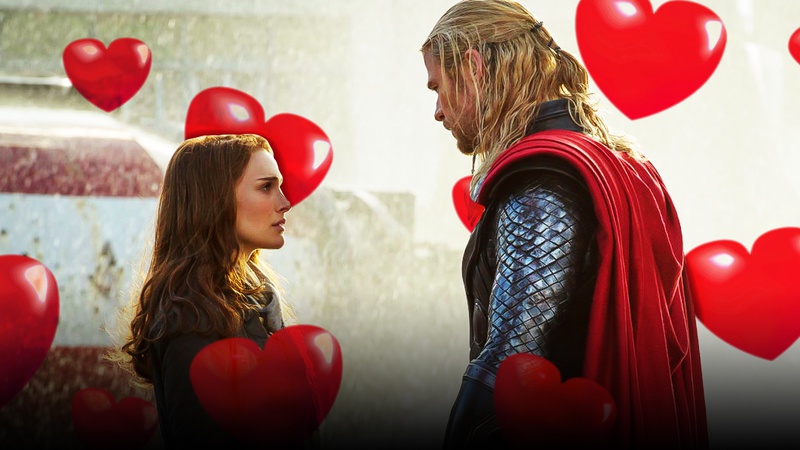 If you think about it, Thor and Jane were the second major romance to be established in the MCU following Tony and Pepper (unless you're counting Edward Norton's Bruce Banner and Liv Tyler's Betty Ross, because we're not). And while their epic tale has spanned across several movies, there's no denying it all fell to shambles following Thor: The Dark World—literally, they broke up.

Yet, with Natalie Portman having been confirmed to reprise her role as Jane in Thor: Love and Thunder, there's no saying if these two might rekindle their snuffed-out flame. 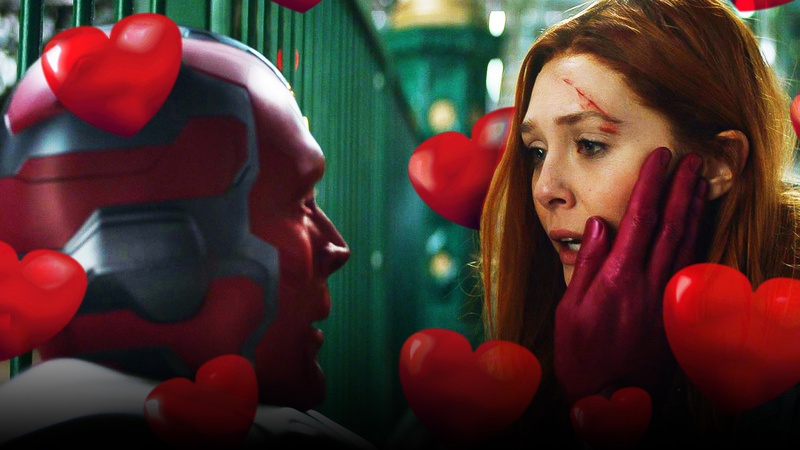 Now, the only reason these two didn't make it into the top five is that there's just so much more to discover to the pairing. Though we've seen their love blossom and put to the test (is there a greater one than facing the Infinity Stones full-force?), Wanda and Vision's story is far from over—even if Vision is "dead" (honestly, I refuse to believe it until I see what unfolds in Disney+'s WandaVision).

Either way, Wanda and Vision earn an honorable mention for their mystic chemistry alone, which is sure to come into play during Phase 4 of the MCU. 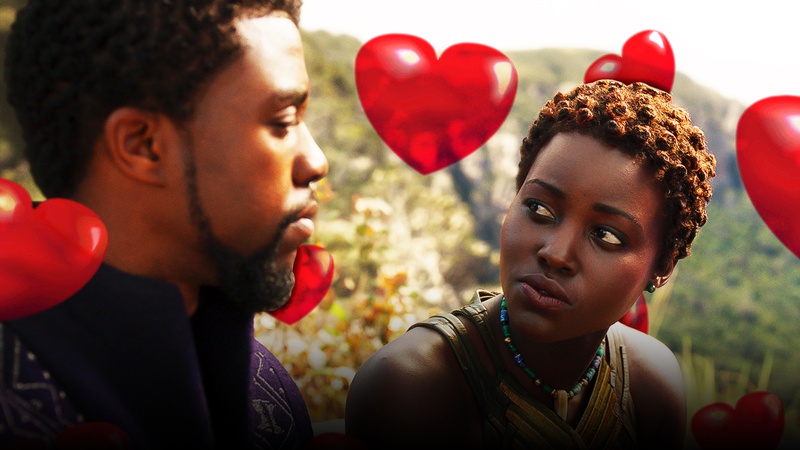 A couple that perhaps has gone on forgotten, T'Challa and Nakia proved that sometimes there really are no hard feelings when it comes to facing a past relationship. Throughout the entirety of Black Panther, the two constantly support each other through the film's ups and downs while retaining their own separate goals to themselves and to their country—though, yes, it's quite obvious that T'Challa is still pining for Nakia.

Nonetheless, Nakia proves to be T'Challa's driving force to open his kingdom of Wakanda to the world, and by the end of the film, he has her as queen to rule by his side. 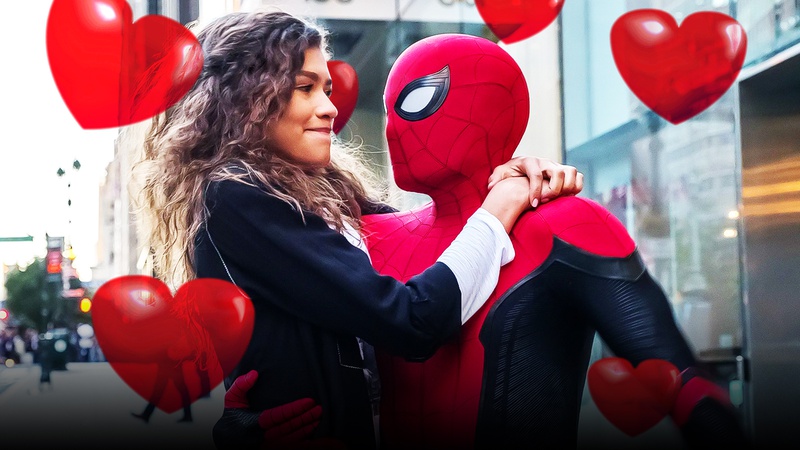 Peter and MJ, one of Marvel's most classic couples—with an MCU twist, of course. Ever since Peter Parker was first introduced into the MCU, fans have experienced a telling of the webslinger that's been untold before, including the modern-day twist on his infamous love interest.

Peter and Michelle, sorry, MJ (that's what her friends call her), started off as seemingly innocent classmates in Spider-Man: Homecoming, even though MJ may have hinted once or twice that she was paying particularly careful attention to Peter's actions and whereabouts. By the time Spider-Man: Far From Home rolled around, Peter was practically head over heels for MJ and was doing anything to impress her during their overseas escapade. Eventually, MJ figures out Peter's superhero identity and is willing to stick by his side as his girlfriend by the end of the film.

With the untitled Spider-Man 3 looming on the horizon, there's definitely more to come with these two. Their romance is still fresh and might be tested as Peter potentially struggles with his identity being told for all to know. What happens when their little secret becomes globally-known?

Best Moment: When Peter gave MJ the broken Black Dahila necklace at the end of Spider-Man: Far From Home—but MJ loved it anyway, and they shared their first kiss. 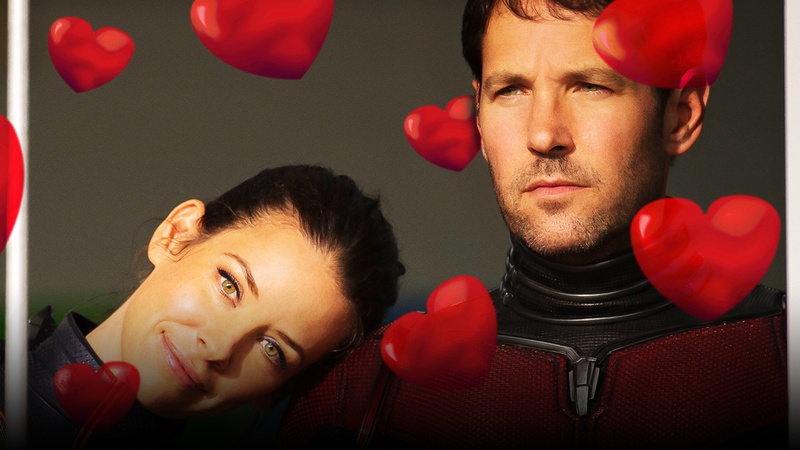 Scott and Hope's relationship began a bit unconventionally when they met after Scott woke up following an ant-led jailbreak started by Hope's father, Hank Pym. From there, Hope showed little to no promise towards Scott as she consistently tried to talk him out of her and Hank's grand plan to take down Darren Cross. Yet, by the end of Ant-Man, she's caught locking lips with him in the hallway of her father's home. Three years later, Hope and Scott have formed their titular team in Ant-Man and The Wasp.

Over the last five years of MCU movies, Scott and Hope have endured a lot. Separated by The Snap when Hope and both of her parents were dusted, Scott woke up to a world in Avengers: Endgame without her. From then on, his motivations were focused solely on getting her back. And when he does, he's shown to be living a new, happy life with Hope and his daughter, Cassie.

Though much hasn't been said about the next Ant-Man installment aside from some incoming news, there's sure to be more milestones for Hope and Scott as they start to (hopefully) navigate a normal life together.

Best Moment: When Hope taught Scott how to punch—and Scott literally fell for her. 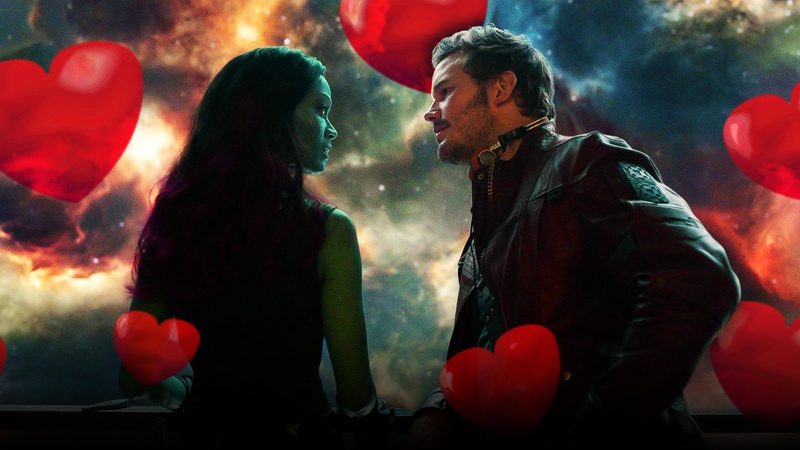 A romance ripped right from the stars. Peter and Gamora definitely had a rocky start—and a middle, and an end. Either way, Peter was smitten by Gamora from the beginning, even when she was kicking his butt on Xandar. It took a lot longer for Gamora to warm up to him, but by the end of Guardians of the Galaxy: Vol. 2, the two have accepted their slightly secretive admiration for each other.

This admiration shows full-force in Avengers: Infinity War when Peter and Gamora are willing to risk everything, even losing each other, in order to keep the Infinity Stones out of Thanos' hands. Their "I love you's" are bittersweet as Peter pulls the trigger to end Gamora's life before Thanos can take her away, but alas, Thanos gets the upper-hand and ultimately ends up sacrificing his daughter for the Soul Stone.

From there, Peter's anger is short-lived as The Snap soon dusts him. When he returns five years later, he comes face-to-face with a Gamora he doesn't know, one from another timeline. His story in Endgame closes with him secretly searching for her.

Peter and Gamora certainly have one of the most fleshed-out romances in the MCU, their story together building up to some pretty pivotal moments at the end of the Infinity Saga. With Guardians of the Galaxy: Vol. 3 still in early drafting stages, there's no guessing where Peter's search may lead him. Either way, his love for Gamora will certainly allow their relationship to live on—even if it's with a version of her that has no idea who he is.

Best Moment: When Gamora finally confessed to some "unspoken thing" between her and Peter, and they leaned on each other as they watched the Ogord colors fly at Yondu's funeral. 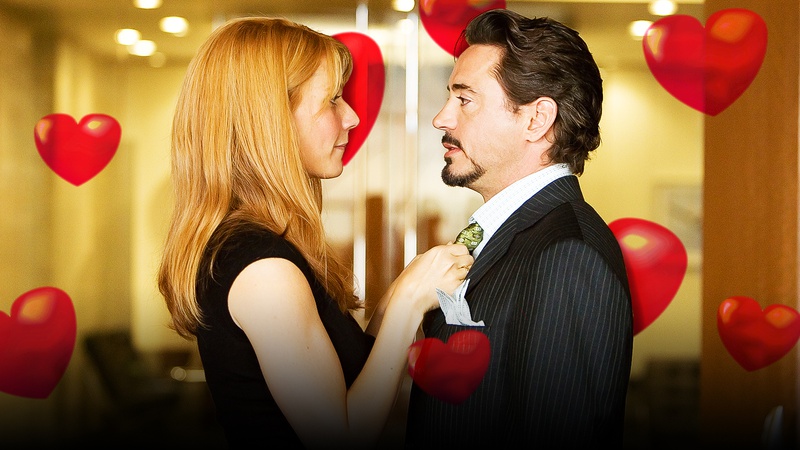 Ah, yes, the godfather and godmother of the MCU. They truly are the ones who started it all. From business associates to business partners, to actual partners, to husband and wife, to parents. Tony and Pepper's arc is one that has spanned across the entirety of the Infinity Saga, and unfortunately, had a solemn ending with Tony's ultimate sacrifice to save the universe. Nonetheless, their love lives on in both Pepper's continued leadership at Stark Industries, bearing his last name, and the form of their adorable daughter, Morgan Stark.

It goes without saying that the MCU just wouldn't be the same without Tony and Pepper's relationship. They've grown tremendously as fully fleshed-out characters because of each other's support, especially on Tony's end. If Pepper hadn't been around to give humility and humanity to Tony, then we wouldn't have the character we know as Iron Man today—one who was willing to end his life for the sake of all others.

Unfortunately, there's been no word on when we might see Pepper or Morgan again. However, knowing the MCU, we could very well see Tony himself in a myriad of different ways. Nonetheless, without a doubt, Tony and Pepper's love will be remembered for as long as the MCU continues on.

Best Moment: When Tony told Pepper that he always dreams of her when he drifts off during his seemingly final ode to her in Avengers: Endgame. 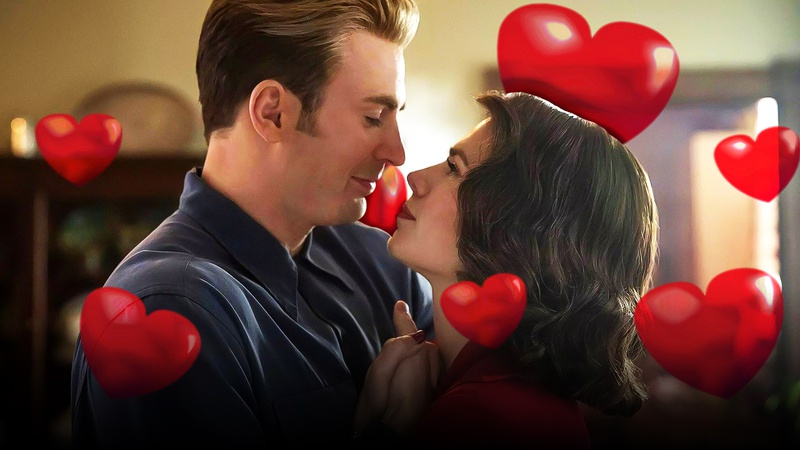 The ones who closed out the Infinity Saga. The ones who never let the other one's memory die out. Steve and Peggy have dedicated most of their lives to each other, to the point when all Steve wanted at the end of his run as Captain America was to go back in time and live out another, happy life with her as husband and wife. And that's exactly what he got.

Their story began in the 1940s as Steve and Peggy grew increasingly more enamored with each other during Steve's transformation into Captain America. Before their relationship could come to true fruition though, Steve went into the ice to prevent a mass bombing on America, leaving Peggy heartbroken and stuck in an era without him.

Though separated by the cruel concept of time throughout the MCU, Steve and Peggy remained each other's best guy/girl. When Steve began to make a life for himself in the modern-day world during Captain America: The Winter Soldier, he kept by Peggy's side to remind himself of the reason he did what he was doing—even if Peggy couldn't recall it herself. Then, with Peggy's passing in Captain America: Civil War, Steve dropped everything to be at her funeral, carrying her casket down the church aisle. And even though she was gone, Steve always remembered Peggy by keeping her photo, tucked within a compass, in his pocket.

So, the title of Ultimate Couple Goals goes to Steve Rogers and Peggy Carter. Their dedication and transcendental love for one another proves that no matter what, happy endings do exist.

Best Moment: When they finally got their dance (even if Steve was a little late).

All in all, these couples are only a taste of what we can expect from the MCU's romantic side. With Phase 4 quickly approaching, there's no saying who might steal whose heart next. What we do know is that we're sure to see at least a few more 'antelope in headlights' moments from our favorite heroines. 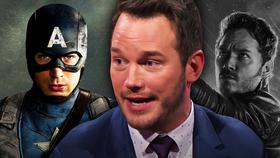 MCU: 31 Actors Who Were Nearly Cast as Marvel Characters