Even though the Marvel Cinematic Universe’s Peter Parker is still in high school, the teenager has already had more than his fair share of journeys traveling across the world (and beyond).

In Captain America: Civil War , the newly-powered kid from Queens was easily persuaded by Tony Stark to travel to central Germany’s Leipzig/Halle Airport to assist Team Iron Man in an Avengers v. Avengers battle. A few months later, during Spider-Man: Homecoming , Peter joined his school’s decathlon team as they took a ride down to a Washington D.C. competition. It was during Avengers: Infinity War when, after coming back from a separate school trip, Peter joined Mr. Stark and Doctor Strange for an off-world adventure to Thanos’ home planet Titan. Later (five years, to be exact), a blipped-back Peter returned to Earth thanks to Doctor Strange’s portal magic to partake in a historic skirmish of infinite proportions during the climax of Avengers: Endgame .

Most recently, in the latest MCU film Spider-Man: Far From Home , Peter took a start-of-summer school trip back across the pond to world-renowned European cities and locations. Filled with high school hijinks, teenage romance, and (seemingly) multi-dimensional world-ending threats, Peter’s European travels were complicated, to say the least. However, one would be forgiven if they overlooked the complexity of this trip from a logistics standpoint - Peter made his way through six countries using three modes of transportation all over the course of less than 72 hours.

The Direct has broken down Peter Parker’s Spider-Man: Far From Home European trip by mapping Peter’s journey and charting his distances traveled and time away… 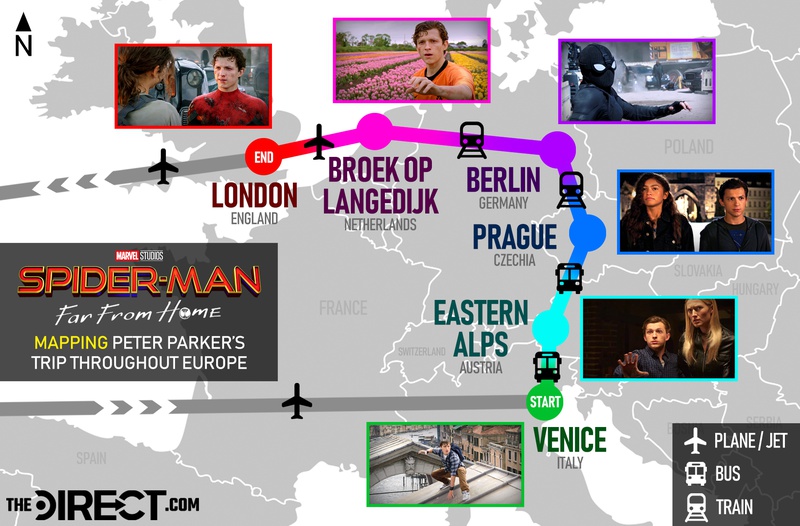 This analysis does not just look at where Peter travels but also considers when he makes his moves. Thankfully, director Jon Watts spells out the city and country right on the screen when each location is introduced to the audience. Watts also provides a helpful hint regarding the time of the year that the film is set: In the movie’s second scene, the male student news reporter opposite Betty Brandt mentions that it is the last day of their school year. This places the events of the film around mid-June , right before the summer solstice, when daylight hours in the northern hemisphere are at a maximum. Knowing this timeframe helps with making accurate estimations for the specific times of day that are shown throughout the movie. 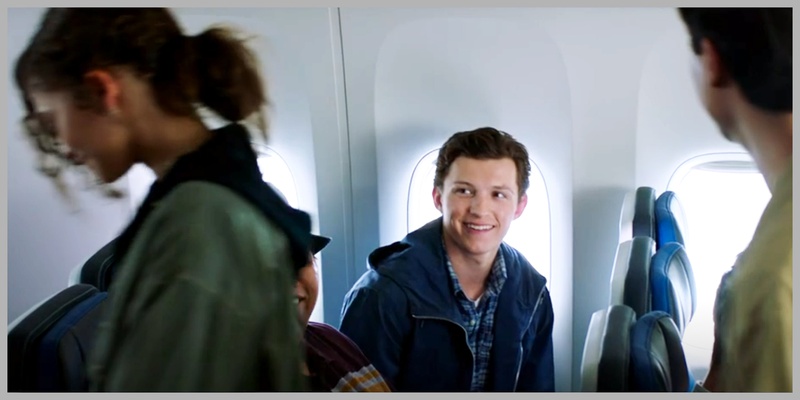 Peter and the rest of his classmates depart on a nine-hour flight to Venice from what is assumed to be the Newark Liberty International Airport (the same airport that the class flew back to at the end of the movie). Light can be seen coming through their airplane’s windows prior to takeoff, so we will assume that liftoff occurred at 6:00 pm EST. There is a six-hour time zone difference between the Eastern U.S. and Italy, putting the landing time in Venice after the nine-hour flight at approximately 9:00 am CET. 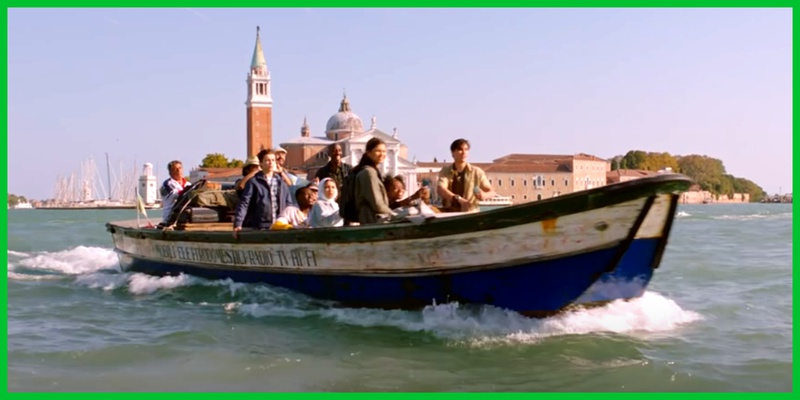 In the nearly 24 hours that Peter is in the Italian City of Water, he fends off a Water Elemental, is gifted Tony Stark’s E.D.I.T.H.glasses, and is formally introduced to Nick Fury, Maria Hill, and Quentin Beck. 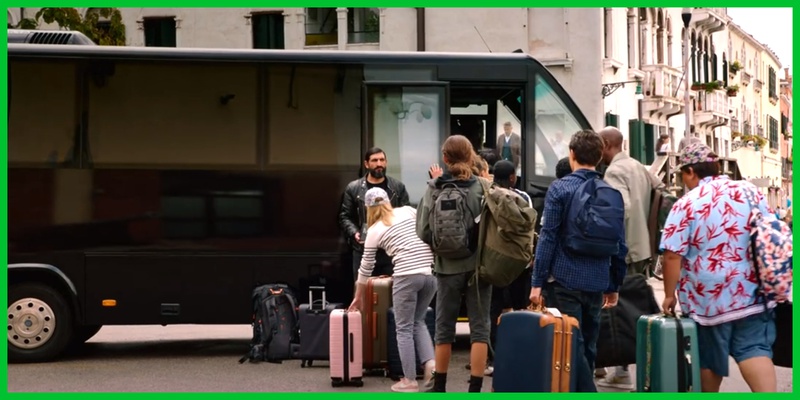 It is estimated that Peter and his classmates hightail it out of Venice at 8:00 am the following morning as Fury and his crew “hijack” the school trip. While traveling by bus throughout the Eastern Alps, Peter tries on his E.D.I.T.H. glasses and begins to recognize their capabilities. 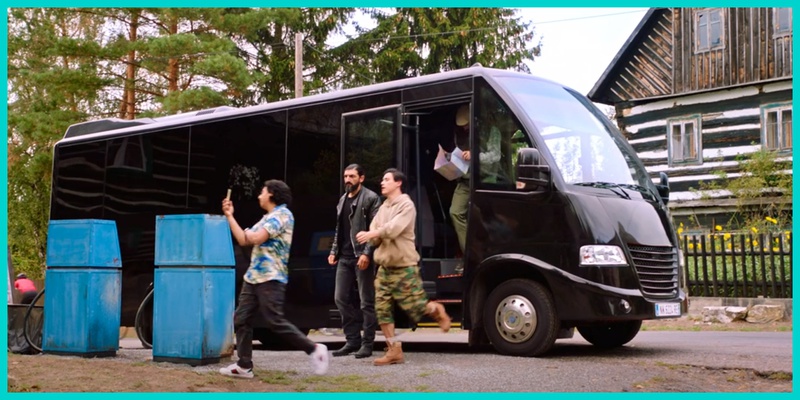 The gang takes a “10-minute” pit stop at a side-of-the-road gift shop in the Austrian Eastern Alps. Here, Peter attempts to try on a new stealth suit until Brad intervenes.

Back on the road, Peter inadvertently sets off E.D.I.T.H. and uses his Spider skills to avoid a destructive drone disaster. 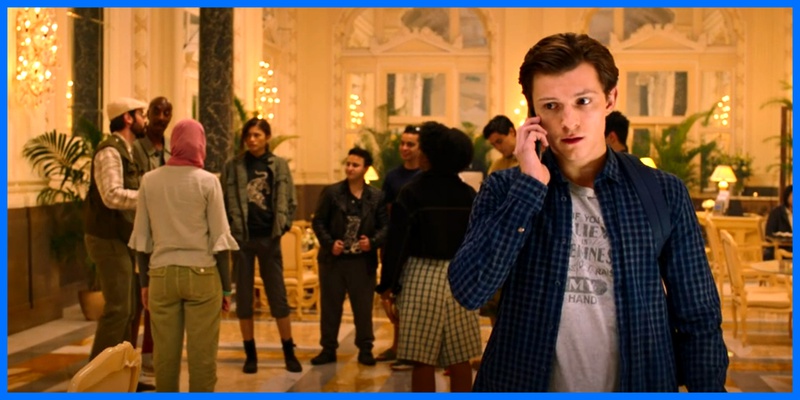 It is fair to assume that the class took another pit stop or two for food breaks during their bus ride to Prague, thus making their way into the Czech Republic capital in the late evening. To say that Peter has an eventful night in the Golden City would be an understatement; in the ten hours there, Peter reconvenes with Fury, Hill, and Beck, teams up with Beck to “defeat” the Fire Elemental, hands over the E.D.I.T.H. glasses to Beck, and then discovers Beck’s true intentions on his late-night walk with MJ. 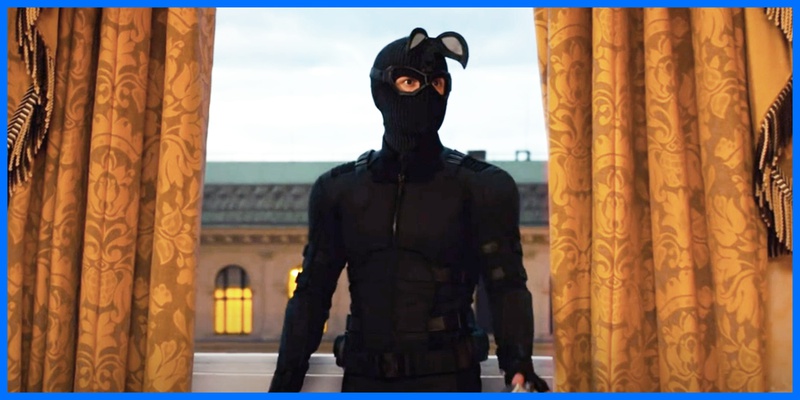 It is curiously light outside when Peter swings out of his Prague hotel room to find Fury, meaning that his late-night escapades lasted into the early hours of the next morning. Given this sunrise, one can estimate that it is 5:00 am when Parker presumably hitches a train up to Berlin. 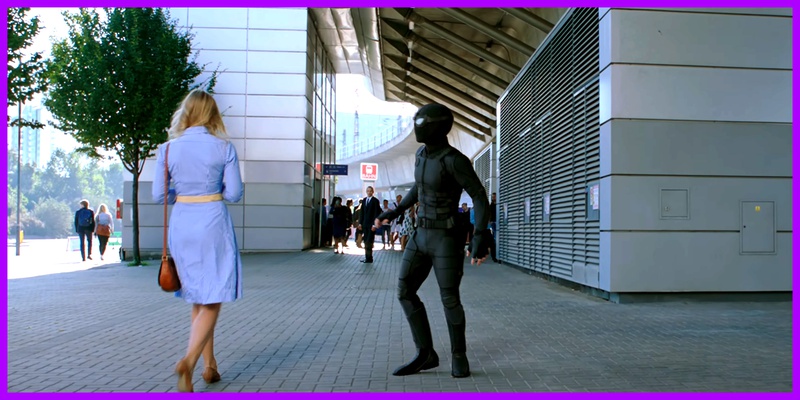 The fastest train route from Prague to Berlin is a bit more than four and a half hours, so it is safe to assume that Peter makes his way to the German capital in five hours. One would also hope that Peter got some much-needed shut-eye during this train ride.

Peter’s visit to Berlin is practically just one big Beck-directed illusion, so our hero is fortunate that this stop only lasts for about an hour - but not so fortunate that his departure was caused by the sudden impact into a +160 kph oncoming train. 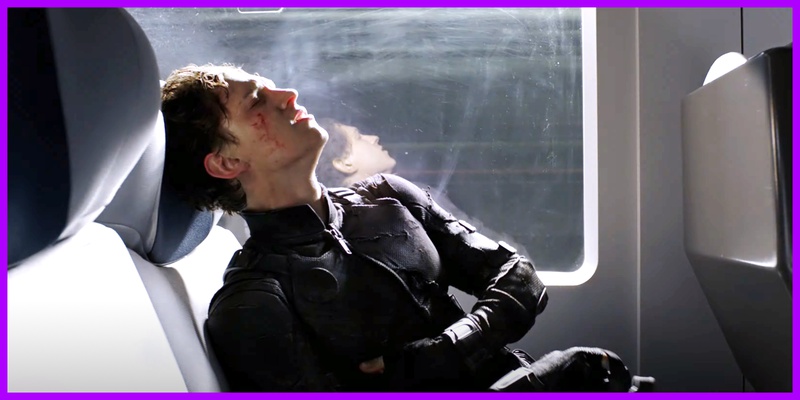 Thankfully, Peter is not critically injured by this brutal train collision, making his way into one of the moving train cars before passing out. 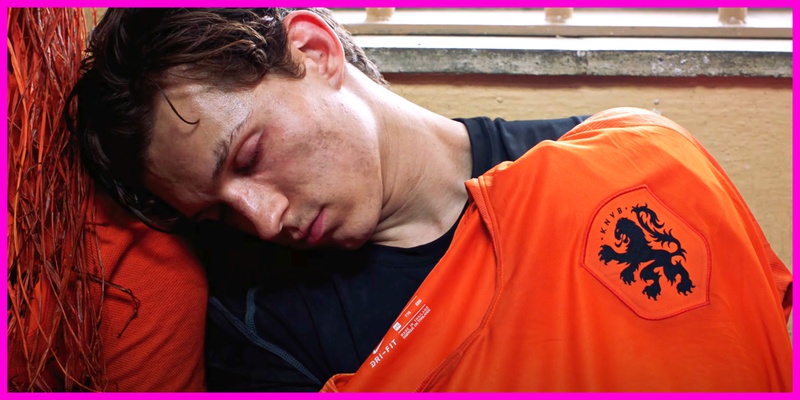 The journey from Berlin to The Netherlands is Peter’s longest one of his European stay - an estimated 700 kilometers / 435 miles. Google Maps states that this trip by train would take roughly 7 hours on a good day, so it is not too big of a stretch to assume that Peter would be able to travel to a small Dutch town 20 miles north of Amsterdam in six and a half hours. It is much more obvious that, on this train ride, Peter received some good rest.

Our hurt hero awakes in a holding cell and soon finds out that he’s in the town of Broek op Langedijk. Peter phones Happy Hogan in need of assistance and Stark’s best friend comes to the rescue seemingly within the hour. One of two assumptions can be made to justify this speedy arrival: 1.) Happy had already traveled to Europe on his jet when he became worried about the Elemental threats near Peter, so he only had to travel a few hundred miles to find Peter in The Netherlands. 2.) Happy was still in New York City when Peter called him and was able to make an hour-long journey across the Atlantic thanks to the ultra-advanced Stark tech of his Stark jet. 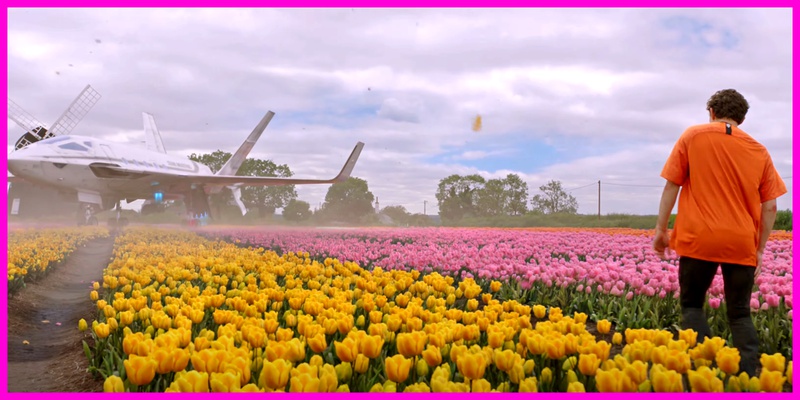 After hovering above the tulips fields for fifteen minutes while Happy stitches Peter up, the two take off for London while jamming to some Led Zeppelin... 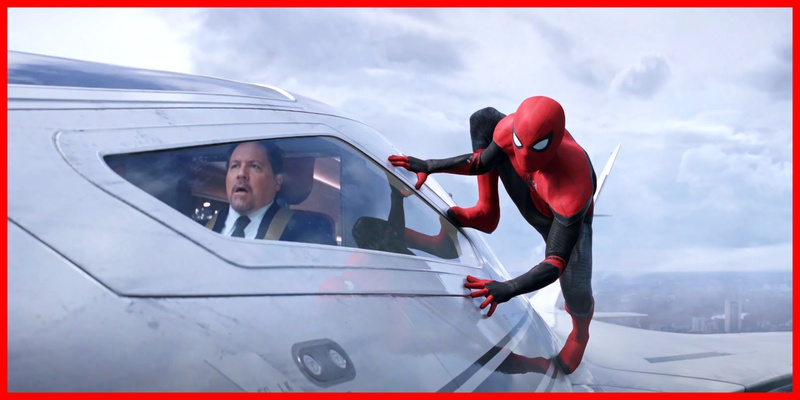 Peter endures his first and only inter-Europe time zone switch in his one-hour jet trip from the Netherlands to England, allowing him and Happy to arrive in London at the same hour time that they left Broek op Langedijk.

After Peter airdrops onto London’s historic Tower Bridge, the film’s climactic battle occurs between Spider-Man and Quentin Beck, lasting approximately half an hour. Afterward, Peter shares the romantic moment with MJ that he had long been waiting for. It can be assumed that Peter and the rest of his class spend the night in London before arriving back at the Newark Airport midday.

Observing the time from the moment Peter stepped foot in Venice to the conclusion of the London bridge battle, our favorite teenaged hero traveled approximately 2225 kilometers (1383 miles) throughout Europe over the course of just 59 hours during the events of Spider-Man: Far From Home. 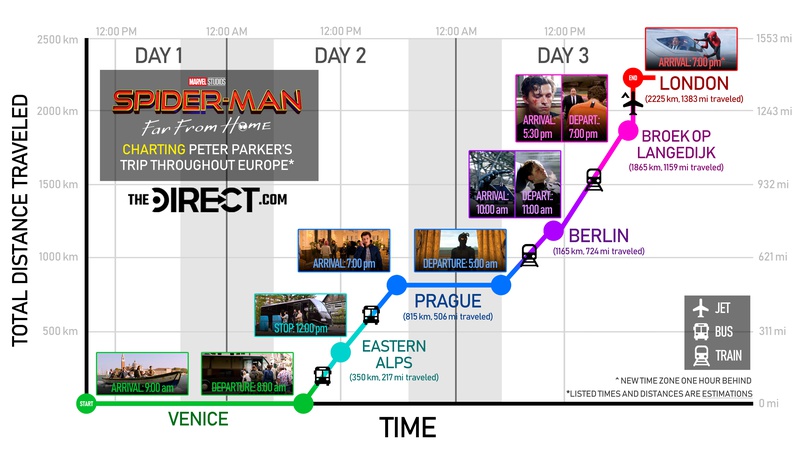 Spider-Man: Far From Home challenged the MCU’s Web-Slinger by placing him into uncharted European territory, so one has to wonder if Peter will experience a similar jam-packed adventure in the still-untitled third installment of the Spider-Man franchise .