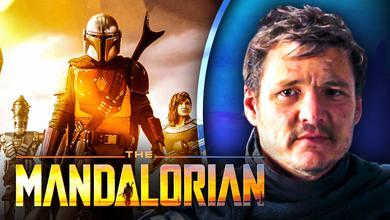 While the MCU has cranked out three Disney+ series to date, Star Wars fans are still looking to the future for news of The Mandalorian's third season.

The first-ever live-action Star Wars series was a massive hit and established Baby Yoda (Grogu) as a pop culture phenomenon; and while the Season 2 finale blew minds with a Christmas miracle Luke Skywalker cameo, the episode's final reveal subverted fan expectations in a different way.

While a post-credits scene in a Star Wars project was its own kind of shocker, it established that a new series The Book of Boba Fett — and not Mando's Season 3 — was next for the streaming service. This left fans wondering just when Din Djarin will return and what Lucasfilm has planned now that Grogu left with Luke.

In the Star Wars Sessions podcast, The Mandalorian stunt double Brendan Wayne had a few things to share about what fans can expect from the eventual third season such as "a lot less introductions" and "delving deeper into the character."

Leading actor Pedro Pascal provides the voice for Mando and is who audiences see when the bounty hunter removes his helmet, Brendan Wayne is often the actor under that beskar armor. Wayne is largely responsible for creating the character's stature and mannerisms.

When the actor was asked about the series third season and whether it was bigger than both Season 1 and 2, he shared the following:

"I think we've introduced the world in which Mando exists now. Not that there aren't going to be new things, I'm sure... I think there will be a lot less introductions, and a lot more going back towards the first season of delving deeper into the character and things like that I think."

When fans left Mando at the end of Season 2, he was in possession of the Darksaber and had just been separated from Grogu. The episode ended before he had time to process either event, not to mention the fact that his own Mandalorian belief system had been challenged in earlier episodes by Bo-Katan Kryze.

So even though Grogu is off with Luke Skywalker, there's still plenty of areas for Mando to grow and change in the future.

However, it's important to note that Wayne isn't claiming anything as absolute fact, especially since production has yet to begin for Season 3. Even still, he has "heard some things:"

"Have I read one script? No. Have I heard some things? Sure. So I'm guessing. But I can tell you this. If anyone's going to be able to continue telling a story, it's Jon [Favreau]. And raising the stakes? It's Jon."

A NEW CLAN OF TWO?

Considering all that Mando went through in Season 2 and his overall arc thus far, it makes sense for the character to do a little soul-searching through next season. However, there is speculation that Jon Favreau and Dave Filoni have plans for fans to see the galaxy's favorite father figure even earlier than that.

Since Boba Fett appeared in The Mandalorian, and both he and Mando are bounty hunting Mandalorians, it's possible that Mando may have a part to play in the upcoming series.

Plus, a leaked t-shirt for the crew of The Book of Boba Fett shows a little Grogu in the artwork, leading fans to wonder if Mando will have another adventure or two in Lucasfilm's next series before returning to his own. In the words of Din Djarin himself, "I like those odds."

Season 1 and Season 2 of The Mandalorian are available to stream now on Disney+.