Loki: 2 New Images From Next Episode of Disney+ Series Released 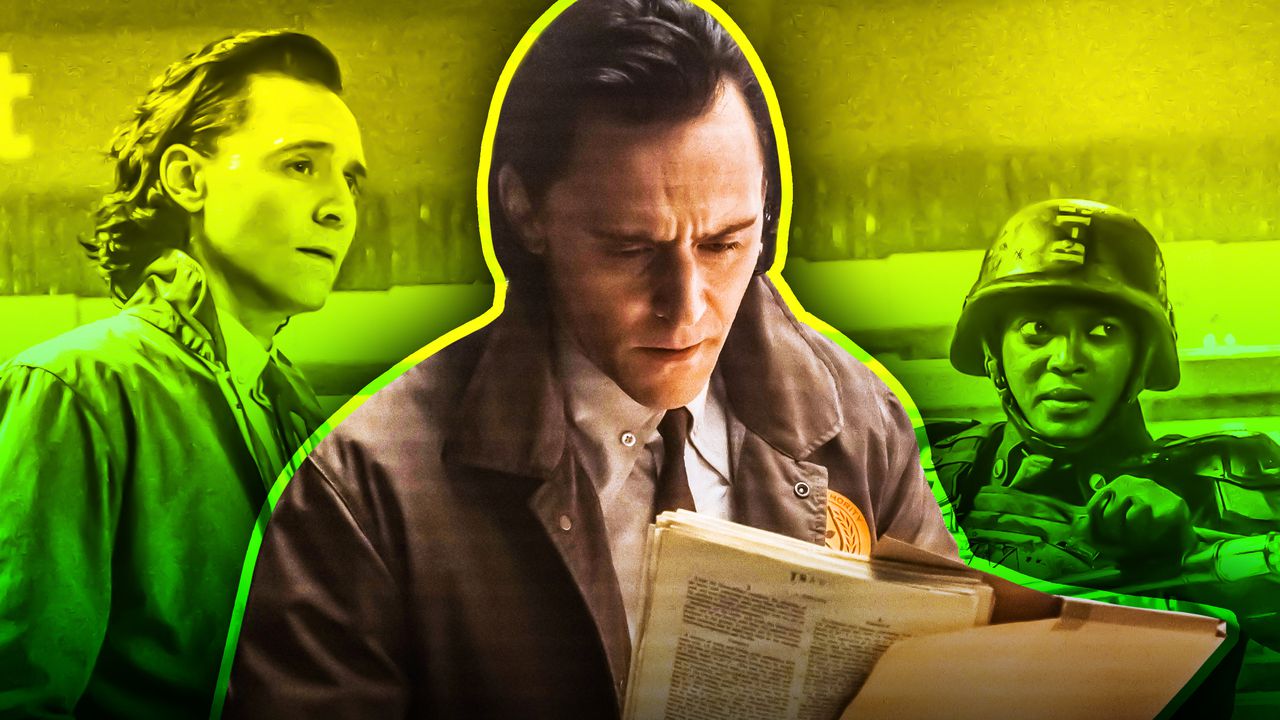 The God of Mischief made his glorious return to the MCU last Wednesday when Loki premiered on Disney+.

The 2012 iteration of the character met his match in the form of the Time Variance Authority , an RMV-like organization tasked with maintaining the proper flow of time. While Tom Hiddleston's trickster and his new best bud in Owen Wilson's Mobius had some growing pains in the season premiere, it looks like Loki will be cooperating with his bosses next week.

GOD OF MISCHIEF, AGENT OF TIME

Loki has traded in the Asgardian leather for a jacket and tie.

Two new official still images from Loki 's second episode have been released by Disney. The first showcases Tom Hiddleston rocking a shirt and tie, complete with the "VARIANT" jacket seen in trailers.

The second image couples Loki with Wunmi Mosaku's Hunter B-15 inside the Roxxcart supermarket. Hunter B-15 poses defensively with her ret-can, while Loki appears unphased by whatever potential threat stands opposite them.

He may be at his peak villainy, but Mobius's tough love sure caught Loki up to speed real quick.

Loki's attire and stoic focus on the TVA files indicate the God of Mischief will clock in for his first 9-5 with the time-travel police this week. While Loki was left dumbfounded at the revelation that he himself was the antagonist Mobius was chasing , Episode One left fans questioning how the trickster would respond to such news. Fortunately for the TVA, Loki is set to cooperate sooner rather than later.

The second image reveals that director Kate Herron will be taking viewers to the Roxxcart supermarket next week. Roxxcart has been a long-anticipated location since the buzzword first appeared in Loki promotional material. Comic book fans will recognize the first syllable as a parallel to the Roxxon Corporation, an oil and energy company with shady motivations. While the organization has yet to make a spotlighted splash, their name can be seen in the background of numerous shots in 2008's Iron Man.

It remains to be seen if there will be any ties between Roxxcart and Roxxon, but fans will hopefully get some answers next week.