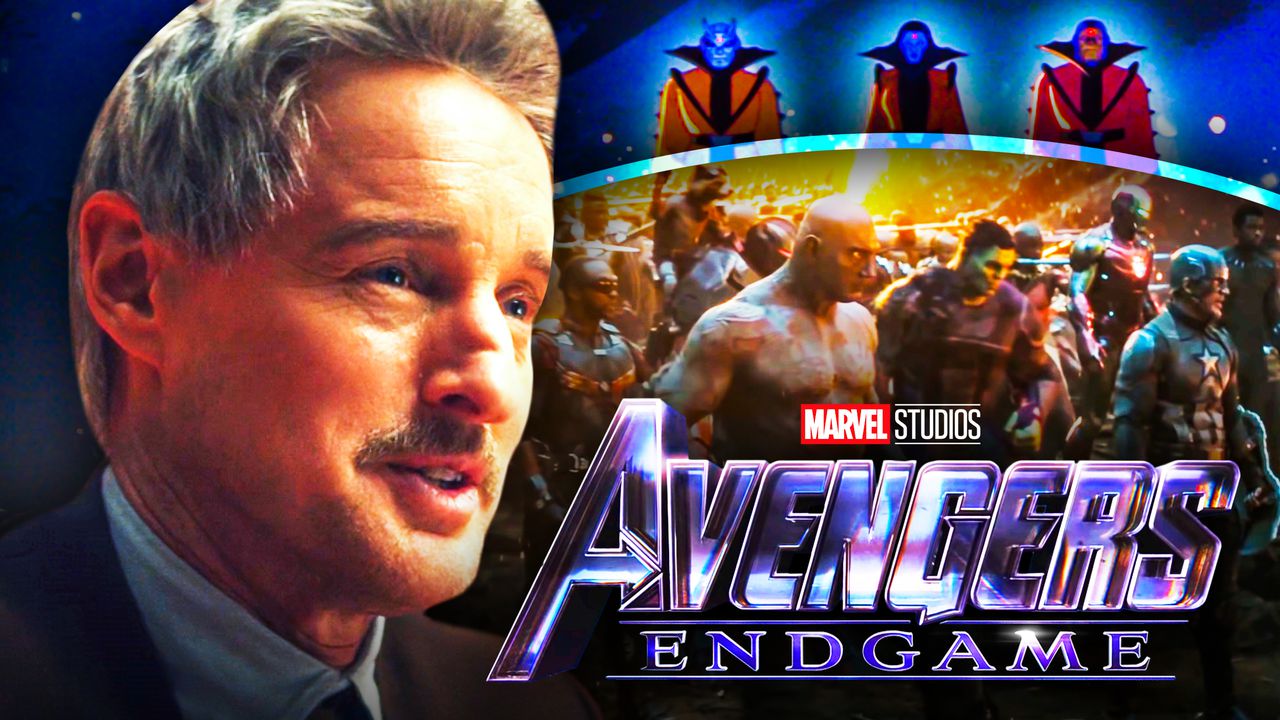 Loki is finally here, and it's already giving us plenty to talk about!

While plenty of the discussion has been on how the show sets up the events of upcoming films like Spider-Man: No Way Home , Doctor Strange in the Multiverse of Madness , and Ant-Man and the Wasp: Quantumania , it's important to remember that the Time Variance Authority is, as Miss Minutes said, "For All Time."

Loki sets up what is to come while also redefining and expanding on what fans have already seen. The very notion that there's a "Sacred Timeline" that has to be upheld reflects on everything that's happened in the MCU since Iron Man.

Of particular interest are the implications for the Avengers' climactic battle with Thanos as seen in Avengers: Infinity War and Avengers: Endgame .

In Avengers: Infinity War , Doctor Strange made use of the Time Stone to view potential futures. In doing so, he hoped to get a better idea of how to approach their battle with Thanos. After he was pulled out of his meditation, he revealed that he'd seen 14,000,605 timelines and only one of them resulted in victory.

While at the time this was seen as a reflection of how powerful Thanos was, it's been somewhat recontextualized by the TVA's existence.

The TVA was shown to reset any reality that doesn't follow their strict rules, for fear of creating a "Nexus Event." It stands to reason that since the Timekeepers know everything that has and ever will happen in the timeline they've chosen, they know that Strange will look forward, and perhaps feel the need to use that foresight to push the needle closer to their preferred outcome.

One victory against Thanos fits with the idea that there's only one Sacred Timeline. There's only one way the story should play out, and the way depicted in Infinity War and Endgame was clearly it. If that's the case, then the TVA is actively working to make sure the events of the films happen just so.

For example, in Endgame, five years pass after Thor kills Thanos. It's in that timeframe that Tony Stark adjusts to the post-defeat status quo. He settles down to live with Pepper, and together, they have a daughter, Morgan Stark. It's only after enough time has passed for Stark to build this family and gain something to lose that Scott Lang is released from his stay in the Quantum Realm.

Remember, Agent Mobius told Loki that his whole existence was to bring pain, suffering, and death so that others might achieve their better selves. That implies that the Timekeepers are willing to let events play out in negative ways if they potentially cause character development that sets someone on a path fitting with the Sacred Timeline.

Any future where the rat releases Scott too early or too late could throw this into jeopardy. While Stark might still attempt to undo Thanos' victory to bring back Peter Parker, he may not make the sacrifice to defeat the 2014 Thanos if he doesn't have Morgan to look out for. If too much time passes, critical members of the team may not be there to help in the final battle or disagree with the plan.

The TVA certainly ensures that the exact conditions are in place before allowing Scott out of the Quantum Realm and setting up the Time Heist.

TRULY ONLY ONE PATH TO VICTORY?

While events have to play out in a very particular way to get the version of the story delivered, how can we be sure that it was truly the only path to victory?

Thanos was an incredibly formidable foe, but it's extraordinarily unlikely that there truly was only one way to beat him. There were moments in Infinity War where the heroes came extremely close to defeating him, after all.

Across millions of potential futures, one would imagine there were others in which, say, the heroes on Titan were able to restrain Peter Quill long enough to take the Gauntlet off Thanos' hand. Others could include Thor's Stormbreaker landing a kill shot on Thanos in Wakanda, preventing him from snapping his fingers.

Thanos was only able to restore the Mind Stone that Wanda destroyed because Strange gave the Time Stone to him, and he only did that because he believed it was the only path to victory.

But what if there were potentially thousands of paths to victory, and what Strange saw was curated by the Timekeepers to ensure he stuck to their version of the straight and narrow?

PRESERVERS OF THE "SACRED TIMELINE"

If we're allowing that there could be a myriad of ways the Avengers could have defeated Thanos, then we beg the question of why Strange said he only saw one path to victory. Perhaps there were others, but he felt they sacrificed too much in those futures. While possible, pinning his hopes on a timeline with as many different variables as the one that played out in the films when there were others seems illogical for Strange.

It should be noted that both the Ancient One and Strange himself were incapable of seeing beyond their own deaths, so it's likely any timeline where Strange was killed or snapped and he wasn't resurrected was immediately chalked up as a loss.

If Strange truly did only see one victory (and it'd be too much of a stretch to assume he was lying), then we have to entertain the possibility that alternate timelines with Avengers victories were either pruned out of existence by the TVA to prevent Strange from seeing them or were sabotaged to result in defeat. Perhaps the TVA prune (a flowery way to say kill) Strange in any timeline where the Avengers win that isn't the Sacred Timeline, which would prevent him from seeing that path to victory.

THE BEST OF ALL POSSIBLE WORLDS?

If any theme for Loki could be deduced from one episode, it would be that the TVA ironically mirrors Loki's own philosophy. Loki tells Mobius that most lifeforms are crippled by doubt and indecision because of all their potential failures. The TVA uses a very similar form of logic to dictate the lives of every being in the universe to match a timeline they've chosen to be the "Sacred Timeline."

But just because a timeline is "Sacred" doesn't mean it's the best of all worlds. We don't yet know why the Timekeepers chose this timeline as the Sacred one, but it's very possible they have no interest in creating the best possible timeline; they may be rather doggedly clinging to whichever one they've arbitrarily chosen as the timeline.

Their enforcement clearly seems arbitrary. There are potentially millions of possible universes where horrible things don't happen, yet the TVA forces them to happen because it's what's "supposed to." While Steve Rogers got a happy ending where he relived the life he never got with Peggy, countless trillions across the galaxy had their lives ruined by Thanos' snap.

Monica Rambeau missed her mother's final moments. The Flag Smashers only gained so many supporters because people were being genuinely neglected by the authorities in a post-Decimation world. Wanda's reaction to the trauma of losing Vision led to the suffering of every person in Westview. All of these events are allowed to happen because the Timekeepers say they should.

When Loki asked if events had the Timekeepers' "seal of approval", Mobius made it seem like them thinking the timeline was a good one was irrelevant. For whatever reason, this is the timeline. This is how things have to be.

The TVA doesn't claim to enforce the best of all worlds because they don't. They are actively preventing better ones from existing so that the Timekeepers' grand drama can play out, and in it, individuals are only as valuable in so far as they relate to telling some larger story.

A GRATEFUL UNIVERSE, BORN OUT OF BLOOD

So yes, the TVA might have helped the Avengers find a path to victory against Thanos, but they potentially did so via the eradication of countless better futures, all for the pursuit of the one they deem acceptable. They tricked Strange into seeing only one way to victory, and even if the Avengers had managed to achieve it by other means, the timeline would've been erased.

In the end, the TVA isn't so different from Thanos.

Both wield ultimate power with the belief they alone know what's best for the universe. Thanos promised in Endgame that his new, grateful universe would never know it was born out of blood because no one would be around to tell them. The TVA does this same act on a scale far grander than the Mad Titan could ever dream of. They scour all of time, erasing all free will and ensuring every soul in existence lives in their sacred timeline by deleting every version of them that doesn't.