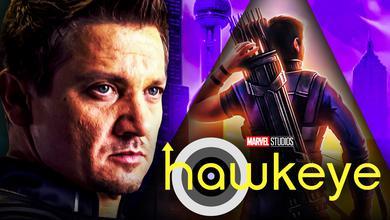 The launch of Disney+ gave Marvel Studios numerous opportunities to introduce new heroes and villains while also expanding the story arcs of several side characters of the films. WandaVision and The Falcon and the Winter Soldier delivered compelling storylines that propelled Elizabeth Olsen's Wanda Maximoff and Anthony Mackie's Sam Wilson, and the same could be true for Jeremy Renner's Clint Barton in Hawkeye.

Serving as a showcase for Renner's bow-wielding Avenger, Hawkeye is set to explore the post-Avengers: Endgame life of Clint, and it has been confirmed that he will not be alone this time around. The upcoming Disney+ series will showcase the debut of Hailee Steinfeld's Kate Bishop, a Marvel Comics character who took the mantle of Hawkeye after Clint retired.

Plot details are still being kept under wraps, but previous reports and rumors revealed that the show will have a massive ensemble of characters that will be played by the likes of Alaqua Cox, Vera Farmiga, Fra Free, and Tony Dalton.

Production of Hawkeye already wrapped, but it seems that a game-changing set photo emerged online.

A FRESH LOOK AT JEREMY RENNER AND ALAQUA COX IN HAWKEYE

Instagram user agunn007 unearthed a photo from the set of Hawkeye, showcasing a surprising look at Jeremy Renner and Alaqua Cox wearing comic-accurate costumes of their respective Marvel characters.

According to the user, the photos were taken from Alaqua's Instagram account. However, it seems that the actress already deleted the set photo.

Renner can be seen sporting a new suit that is infused with the same shade of purple from Clint Barton's costume from the Matt Fraction comics run of Hawkeye:

Meanwhile, Cox's Echo costume closely resembles the character's attire from the pages of Marvel Comics as well, and the inclusion of the facepaint design of a hand further solidifies that.

WILL HAWKEYE AND ECHO TEAM-UP IN THE DISNEY+ SERIES?

It isn't surprising that this photo was taken down so quickly by Alaqua Cox from her Instagram account considering the massive repercussions that the photo teased about the plot of Hawkeye.

The fact that Cox can be seen wearing a suit that is closely tied to her Marvel character could hint that Echo's heroic transition will be shown in Hawkeye. It remains to be seen if Echo will serve as an ally or a villain to Jeremy Renner's Marvel hero, but it's possible that she will pursue the Avenger first which will eventually lead to an intense face-off.

This is reinforced by previous set photos where Cox's Maya Lopez can be seen speaking to Fra Free's The Clown. There's a chance that The Clown hired Maya to track down Clint, thus leading to the confrontation.

However, this doesn't mean Echo will be naturally evil in Hawkeye. This could serve as a teaser for an eventual heroic turn for the character down the line, and it could even lead to Echo teaming up with Clint and Kate to take down The Clown and the Tracksuit Mafia.

Clint's new MCU costume could hint that hero's retirement is not in the cards after all. Embracing a new suit could indicate that the bow-wielding Avenger is ready to return to protect the Earth from looming threats, and this also means more team-ups with Kate for future missions even after the series. On the flip side, there's still a chance that this is taken from a flashback sequence.

Whatever the case, all will be revealed when Hawkeye premieres later this year on Disney+.