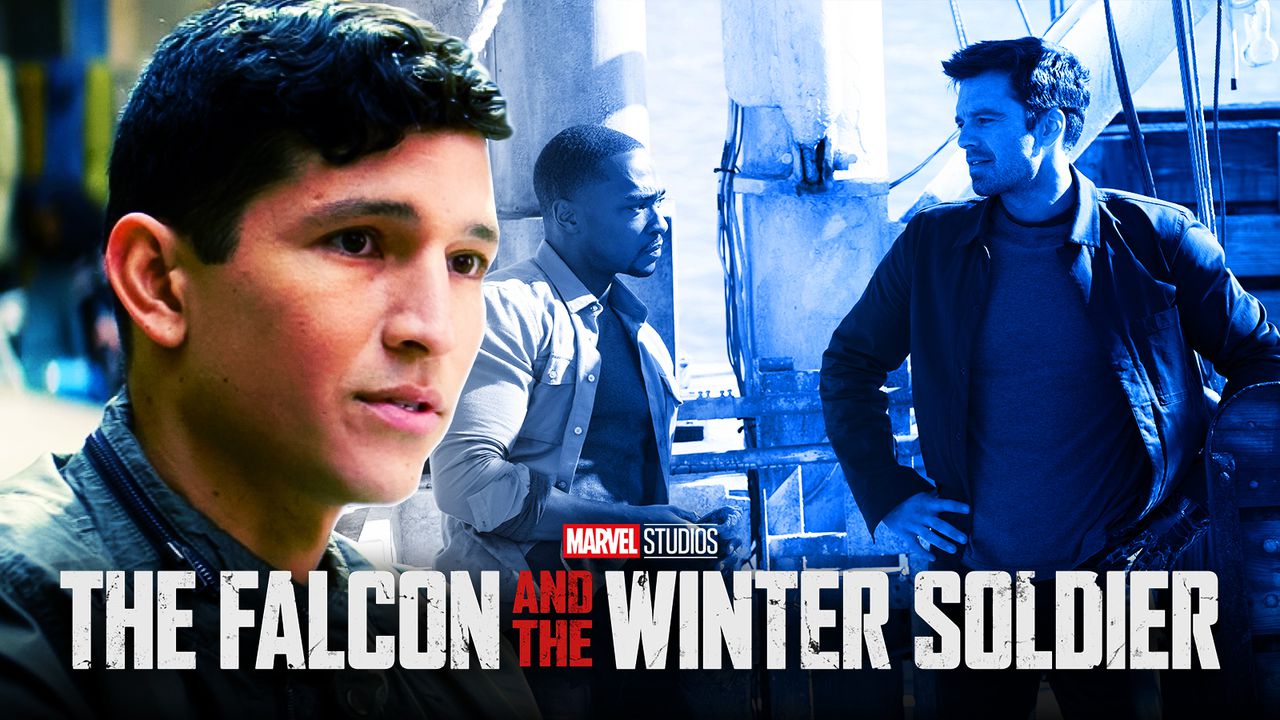 A lot of actors have made their MCU debuts in The Falcon and the Winter Soldier, but one who has been particularly embraced by Marvel fans is Danny Ramirez, who plays Joaquín Torres.

Over the course of the series, Ramirez has become a recognizable face to Marvel fans, and many are hoping his character suits up as a new iteration of the Falcon, similar to Marvel Comics fashion.

As The Falcon and the Winter Soldier comes to a close this week, Ramirez is reflecting on the experience of filming the series.

In an interview with Collider, The Falcon and the Winter Soldier actor Danny Ramirez was asked if he was involved in any moments from the five episodes of the series that have been released that were ultimately cut from the show.

He referenced "a really funny moment in that last episode" with a name-drop of BTS, the highly popular K-pop group:

"There's not much that didn't make the cut, but there's a really funny moment in that last episode... I could see why they had to cut it based on, I think maybe licensing, who's to say. But it's this little ad-lib about how 'I wish we were all more like the boy band BTS.' Because I was like, I thought we could be more like RM. And so it was a fun little thing and there was a little dance that went with it. So yeah, that was a little bit of something where that would have been cool. But [the scene] was more about the dynamic between us and it still got to be a moment between me and Sam, which was the most important."

NO BTS IN THE FALCON AND THE WINTER SOLDIER

While the reference to BTS seems like it may have been simply a mention of the band, the line in question surely would have been a big hit on social media had it been included in the final cut of "Truth". If the dance Ramirez referred to involved BTS dance moves, it surely would have been the spiritual successor to the 'Dancing Zemo' meme from earlier in the season.

As is, it's just a fun little anecdote from Ramirez, but Marvel has been known to release deleted scenes and moments from its projects before, so there's always the possibility it could see the light of day.

The first five episodes of The Falcon and the Winter Soldier are currently available to stream on Disney+.