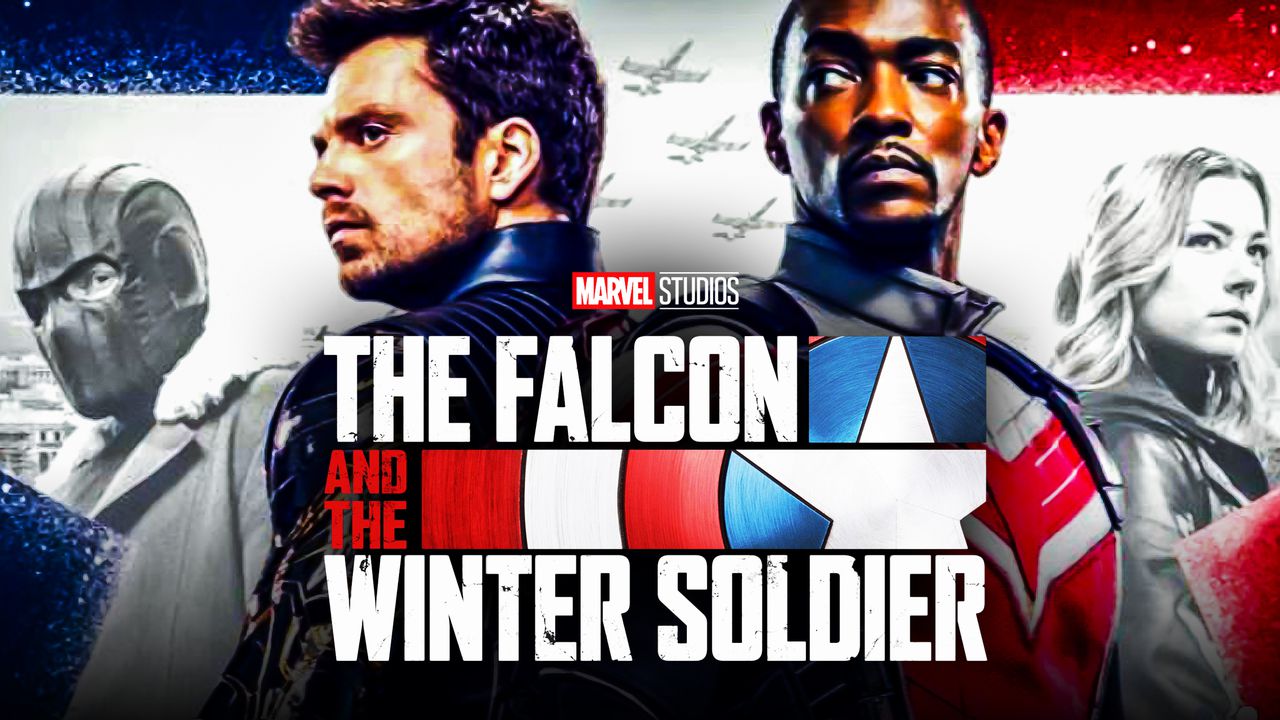 Warning — This article contains spoilers for Episode 5 of The Falcon and the Winter Soldier.

From beginning to end, The Falcon and the Winter Soldier has truly been a story of Captain America's legacy and the significance the mantle has in the world. The series is packed with many strong messages throughout, a major one being that powers and weapons aren't what makes a hero, but rather the person does.

John Walker clearly proved that despite his good intentions throughout, he didn't have what it takes to be Captain America. But with the latest episode, Sam and Bucky finally reclaimed the shield from Walker, allowing Wilson to become the next star-spangled hero just as Steve Rogers wanted.

When Avengers: Endgame revealed that Sam Wilson was set to become the MCU's Captain America, fans assumed his former mantle as the Falcon would be retired. However, The Falcon and the Winter Soldier has introduced a new character to the universe who seems set to wear Falcon's wings in the future, with a major change from his comic counterpart.

DID THE MCU JUST TEASE THE NEXT FALCON?

During the latest episode of The Falcon and the Winter Soldier, Sam and Bucky finally went toe-to-toe with a Super Solder Serum-infused John Walker to reclaim Captain America's vibranium shield. While the titular duo was eventually successful, Walker was able to inflict some damage during the fight, snapping Falcon's wings off his back.

Following their victory, Sam spoke with US Air Force lieutenant Joaquin Torres, who was introduced as a friend of Wilson's during the premiere episode. After discussing Walker's murderous outburst, Torres inspected the damaged wings with great interest asking him “how did [they] break?”

He went on to offer Sam some “bizarrely wise” advice, saying that “sometimes there's nothing to do until there's something to do”:

Joaquin: “Anyway, all we can do now is sit tight and just chill. Sometimes, there's nothing to do until there's something to do.”

But the interesting part comes as Wilson leaves the room, shield in hand, and he tells Torres to “keep [the wings]”:

Sam picks up the shield.

Joaquin: “For sure. Wait, yo, you forgot the wings.”

Some fans simply recognized this as Sam Wilson leaving behind his former mantle as the Falcon to take up a new one as Captain America. However, as other Marvel fans noticed, this acts as a passing-of-the-torch moment in itself as Joaquin Torres was the successor to the Falcon mantle in a recent Marvel Comics storyline.

WHO IS JOAQUIN TORRES IN MARVEL COMICS?

Torres recently made his Marvel Comics debut in 2015's Captain America: Sam Wilson run as he took over the mantle of the Falcon after Wilson became Captain America.

However, a major difference between Torres and Wilson is that, unlike Sam's engineered flight suit, his wings are a result of experimentation performed by Dr. Karl Malus, turning him into a human-falcon hybrid. This offers the comic book version of the character multiple powers including flight, faster healing, and a psychic link to the bird Redwing.

HOW WILL HIS MCU COUNTERPART DIFFER?

In the MCU, Joaquin Torres was introduced in the first episode of The Falcon and the Winter Soldier, played by Danny Ramirez.  The high-ranking Air Force lieutenant seems to be a close friend of Sam's and has been shown to have expert combat and firearms experience based on his brief action sequences so far.

Unless there are some major twists to come for Torres, Kevin Feige and Marvel Studios are probably not looking to adapt Joaquin Torres' backstory directly. Instead, he is seemingly being set up to take over the Falcon mantle through the use of Wilson's old wings.

Falcon's wings are heavily damaged, so Joaquin will likely be trying to fix his new wings following the episode's teaser. So with a new flying hero ready to go for the MCU's future, where will he finally be seen getting in on the flying action?

WHERE COULD THE FALCON APPEAR NEXT?

The teaser of Torres' future as Falcon came during the penultimate episode of the series, potentially setting him up to don the wings in next week's finale. One obstacle in the way of this could be the severe damage John Walker caused to the wings, meaning it will take a lot of work to get them flying again.

After the Disney+ series concludes next week, it's hard to imagine where his next opportunity to appear could be, but it would likely be alongside Sam Wilson's Captain America wherever he next shows up.

The show's writer Malcolm Spellman recently revealed that Marvel is incredibly fond of Danny Ramirez and his character, meaning he likely has a bright future ahead of him in the MCU. If Marvel Studios and President Kevin Feige are as fond of him as has been suggested, perhaps it wouldn't be out of the question to see him star in his own series or movie.

An alternate, more likely possibility, would be for him to take a role as a series regular in a potential second season, allowing him to join Sam and Bucky on more missions. Many fans have speculated the Captain America sequel series may be lined up for a season two renewal down the line, although the title would likely require some adjustments to fit the new standing of its lead characters.

Outside this show, there aren't any clear places in the currently announced Phase 4 slate to place any of these characters next. With Avengers 5 appearing to be a long way down the road, fans may have to rely on the odd surprise appearance from Sam, Bucky, and Joaquin to satisfy their need for more of the Disney+ leads.

The Falcon and the Winter Soldier will air its final episode next Friday, exclusively on Disney+.