While the production and preparation for The Flash in the DC Extended Universe has had more than its fair share of problems, one aspect of the movie that has seemingly stayed consistent is the use of time travel in the plot. This plot device is one of the most important mainstays that will continue on into the movie, led by director Andy Muschietti and writer Christina Hodson.

At one point in time, the movie's story and a draft of the movie's script were being written by noted comics writer Grant Morrison and the movie's star, Ezra Miller. More details have recently been revealed about what their version of the film was like, including how it was similar to one of the most popular movie franchises cinema has to offer.

In a new article from Collider, writer Chris Morrison gave some more info about the script that he and DCEU star Ezra Miller wrote for The Flash, scheduled to release on June 3, 2022. Morrison gave these quotes, saying it wasn't the typical superhero movie and comparing it to a pop culture classic:

Morrison also referenced rumors that their version of the script was meant to be "darker" by saying this:

No, it wasn’t [darker] really. I mean, elements of darkness were there and the material that they wanted us to use [was] the Flashpoint stuff. So, Ezra and I were actually trying to do something that was a bit more —like I say, it’s kind of like just a great science-fiction story. 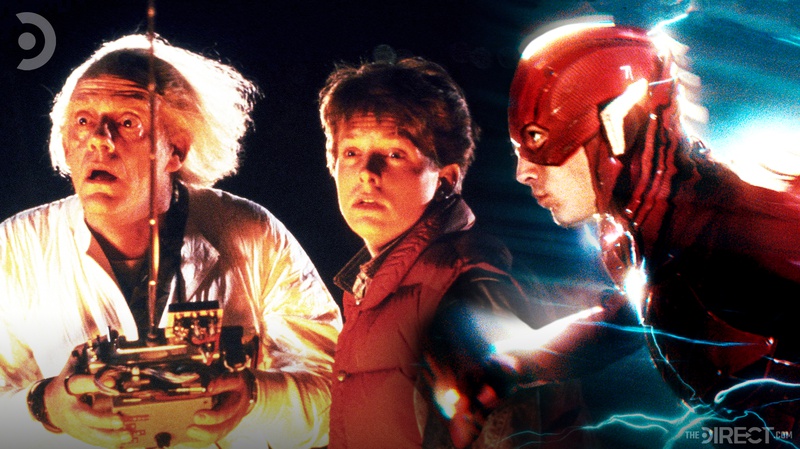 Back to the Future is one of the most iconic time-travel franchises in pop culture history thanks to the hilarious adventures of Michael J. Fox and Christopher Lloyd, and all three movies are referenced endlessly in movies and TV shows of the present. It may never be revealed in detail exactly what aspects of the movie would have been brought into The Flash, but fans are still as curious as ever to find out what DC Films and Warner Bros. have planed for the first Scarlet Speedster solo movie, although there's clearly no need for the DeLorean in the superhero epic.

Morrison's comments about his script not being as dark as previously rumored, yet still including dark elements, shed an interesting light on the potential direction of the movie as well. With all of the Flashpoint material set to be a big part of the film, including Michael Keaton's return as Batman, the possibilities for some dark elements are still very available to use, and that's not even mentioning Barry Allen's dark origin story with the demise of his parents.

Allen's journey through the DCEU Multiverse is going to be an exciting one to finally witness after so many years of this movie's development.

The Flash is hoping to begin production in early 2021 for a theatrical release on June 3, 2022.