Even while the DC Extended Universe has had its ups and downs, the franchise has always worked its hardest to get films out in a timely manner and keep as much of a consistent storyline as possible through its first eight films. However, this doesn't take into account the myriad of issues surrounding one particular character: The Flash.

Originally scheduled to release way back in 2018, production for the DC speedster's upcoming solo movie is now finally set to begin in early 2021 barring anymore setbacks. Time travel is set to be a major player in the new movie, which has been a consistent plot device in many of the comics and film productions centered around Barry Allen through the character's history. The director of the new movie recently expanded on how this will be used in his project, along with describing the atmosphere surrounding his new story. 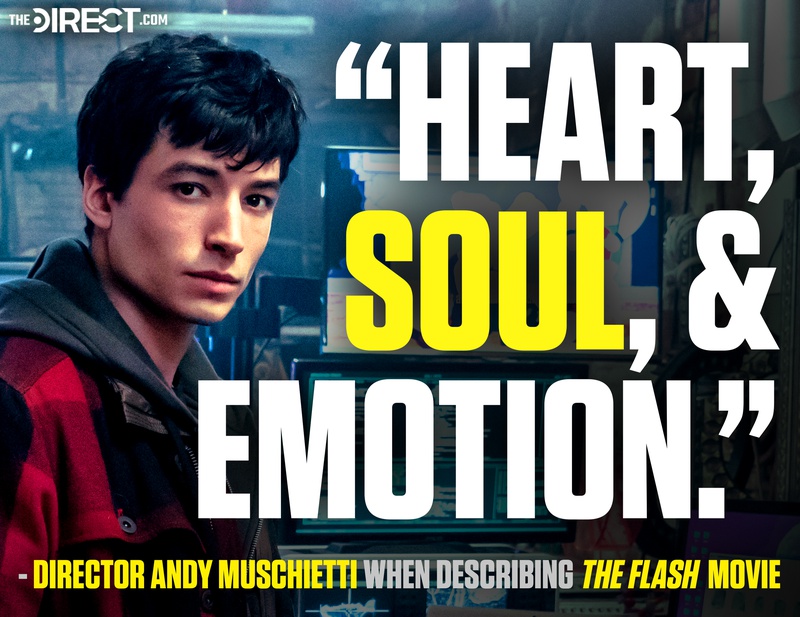 It is a story of time travel: Flash travels back to try to save his mother. It is a spectacular action movie but it has a big heart.

He also described the new movie as having a lot of "heart, soul and emotion."

Andy Muschietti says 'The Flash' film has a lot 'heart, soul and emotion' as Barry travels back in time to try and save his mother ⚡️♥️

Similar to the storyline in CW's The Flash, it seems that Barry Allen will once again have to travel back through his own past in order to try to fix some of the biggest tragedies in his life. As Barry goes back in time to try to save his mother's life, it will inevitably cause major, potentially irreparable, damage to the DCEU timeline and multiverse.

No specific plot details other than Barry's trip through the multiverse are confirmed for the movie, although Michael Keaton's return as Batman should provide the major boost that the DCEU is looking for to help its future. With his cameo appearances in Batman V Superman: Dawn of Justice and Suicide Squad, along with his ensemble role in Justice League, many have praised Ezra Miller as one of the highlights of the franchise, making the wait for his own solo movie that must more frustrating.

The Flash is set to begin production in early 2021 in anticipation of a theatrical release on June 2, 2022.

Will there be a Black Panther 3? Letitia Wright Gives Promising Sequel Update