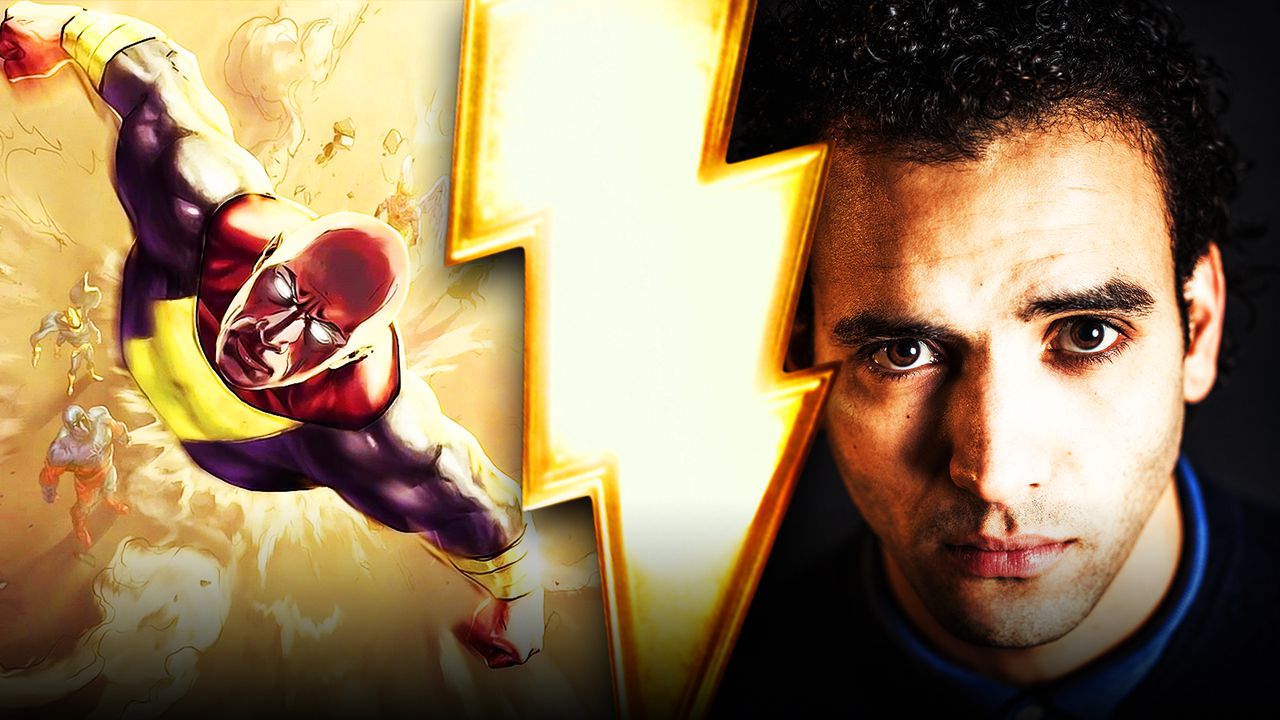 After being in development hell for about a decade, Dwayne Johnson's Black Adam has finally clawed its way back into pre-production and has begun forming its cast. The first big announcement was Noah Centineo joining as Atom Smasher, which immediately pointed to earlier rumors of the Justice Society of America being true, considering Smasher's history as a member.

It seemed to snowball after Black Adam's brief appearance at DC FanDome, with Aldis Hodge joining as Hawkman and Sarah Shahi coming on board as a professor in Kahndaq. There have also been plenty of rumors circling the film's casting, such as two different actresses being eyed for Cyclone and Marwan Kenzari playing the villainous Ishmael Gregor, a.k.a. Sabbac.

One part of that latter rumor has proven to be at least partially true.

A MYSTERY ROLE FOR KENZARI

According to The Hollywood Reporter, Aladdin star Marwan Kenzari will be joining Dwayne Johnson's Black Adam in an undisclosed role.

Johnson went on to confirm this casting on Twitter, welcoming Kenzari to Black Adam with Johnson giving praise to Kenzari as an actor, and how “He brings a real weight and skill and will be that force out story needs.”

Welcome Marwan Kenzari to BLACK ADAM. He brings a real weight and skill and will be that force our story needs. #blackadam⚡️https://t.co/ZpOSaI49Au

WE HAVE OUR VILLAIN?

In the THR report, they stipulate that Kenzari's role “is being kept secret,” but it seems a tad obvious that he'll likely be playing the villain in Black Adam. This theory was seemingly pushed along further after Dwayne Johnson described him as a “force our story needs.” The Illuminerdi had already reported that Kenzari was being eyed to play the role of Sabbac, which is certainly a possibility.

On the other hand, they did say that this was only a supporting villain role and not the primary baddie, so it's still unknown if Kenzari will be playing this specific role, but it's a safe bet. Another wild idea is that he could be playing Doctor Fate, since hasn't seemed to be much movement on his casting despite being such a huge character. Regardless, it's always nice to see Johnson singing the praises of these actors after trades have reported them.