Just in time for Labor Day weekend, the MCU's Spider-Man threequel is back for its sequel run on the big screen; but this time, as an extended cut featuring 11 minutes of additional footage.

Marketed as the More Fun Stuff version of the record-breaking Spider-Man: No Way Home, expectations are high for more of Tom Holland's Peter Parker alongside Andrew Garfield and Tobey Maguire's respective Spider-Men.

But that's not the only hero fans are hoping to see.

Now that Daredevil is confirmed to appear in She-Hulk: Attorney at Law and receive his own Disney+ series, Daredevil: Born Again, audiences are anticipating more of the Man Without Fear in this No Way Home extended cut.

And now, thanks to a scene that leaked online, it appears that those with a ticket for the More Fun Stuff cut are, in fact, also getting more of Peter and Happy's "really good lawyer."

The scene shows Murdock and Happy Hogan meeting with the Department of Damage Control (DODC) led by Agent Cleary who was most recently seen in Ms. Marvel. 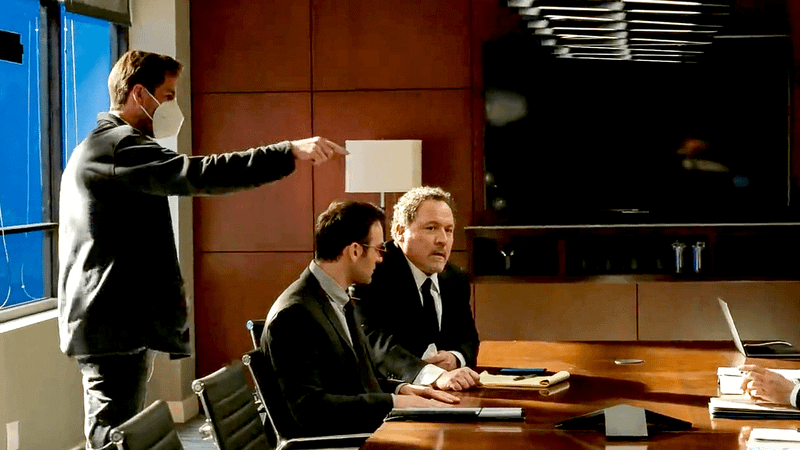 The scene opens with Matt Murdock defending Happy by saying, "He's a law-abiding citizen. He has nothing to hide."

Happy chimes in with, "That's right," just before his phone begins to buzz. Upon opening it, he sees surveillance footage of his apartment as Peter and May arrive with the film's Multiversal villains.

Happy then turns to Matt Murdock, leans over, and asks, "How do you do that?"

From One Lawyer to Another

In the original cut of No Way Home, audiences learn that while Peter is seemingly off the hook from a legal standpoint, the same isn't true for Happy Hogan.

However, apart from some news footage, fans don't see much more of that story.

Not only does this deleted scene showcase more of Happy's legal woes and Matt Murdock's defense of him, but it also echoes what fans are often thinking about Daredevil, such as when he catches a brick flying toward Peter in mid-air without the ability to see.

While Foggy Nelson was played by Elden Hanson in Charlie Cox's Daredevil series on Netflix, this deleted scene is, in a way, an exchange between one version of Foggy Nelson to another version of Murdock.