Marvel Studios is inching closer to the end of the MCU's Phase 4, which will finish off in theaters with November's Black Panther: Wakanda Forever. With this movie comes the long-awaited introduction of one of Marvel's first published mutants, Namor the Sub-Mariner, who will be portrayed by Tenoch Huerta in the epic MCU sequel.

Fans got their first official look at Namor during Black Panther 2's trailer that debuted during San Diego Comic-Con 2022, giving the MCU a thrilling new antihero whose impact should be felt for years to come. While the MCU is changing up Namor's Atlantan background to something more in line with Aztec culture, largely to avoid Aquaman comparisons, this will add a new level of representation and heritage to the franchise's growing cache of characters.

The MCU is not only slightly changing up the look for Namor from the comics, but also allowing for a character that doesn't necessarily have the classic muscular physique that many of the MCU's other leading male heroes utilize. But now, one of Marvel's longtime comic artists has come out with some serious shade towards his appearance in the next Marvel Studios movie.

Deodato, Jr. shared a picture of Huerta from the movie's first trailer alongside a full-body shot of himself, along with the caption "Pencil lifting beats swimming anytime!" to compare his own physique to Huerta's.

He also included the following caption, expressing his feelings that Marvel Studios "screwed things up" with Namor:

“You can tell somebody screwed things up when a character from a movie looks in worst shape than the 60 years old artist who drew him.”

Deodato is a veteran and Eisner Award-winning penciler who has worked on hundreds of Marvel Comics issues, ranging from The Amazing Spider-Man runs to the Avengers.

Deodato is well-versed in how Namor has been depicted in media, having drawn the character for many years with Marvel in various runs for the New Avengers. One of these stories in 2013 even coincidentally lined up with Namor's vendetta and ongoing war against Wakanda, which will be explored on the big screen in the Black Panther sequel.

One of Deodato's many Namor pieces includes the drawing below showing the king of Atlantis in all his glory under the ocean surface.

Another piece of his work shows Namor sitting on his throne alongside Sue Storm, with his six-pack abs shining as he holds his trident. 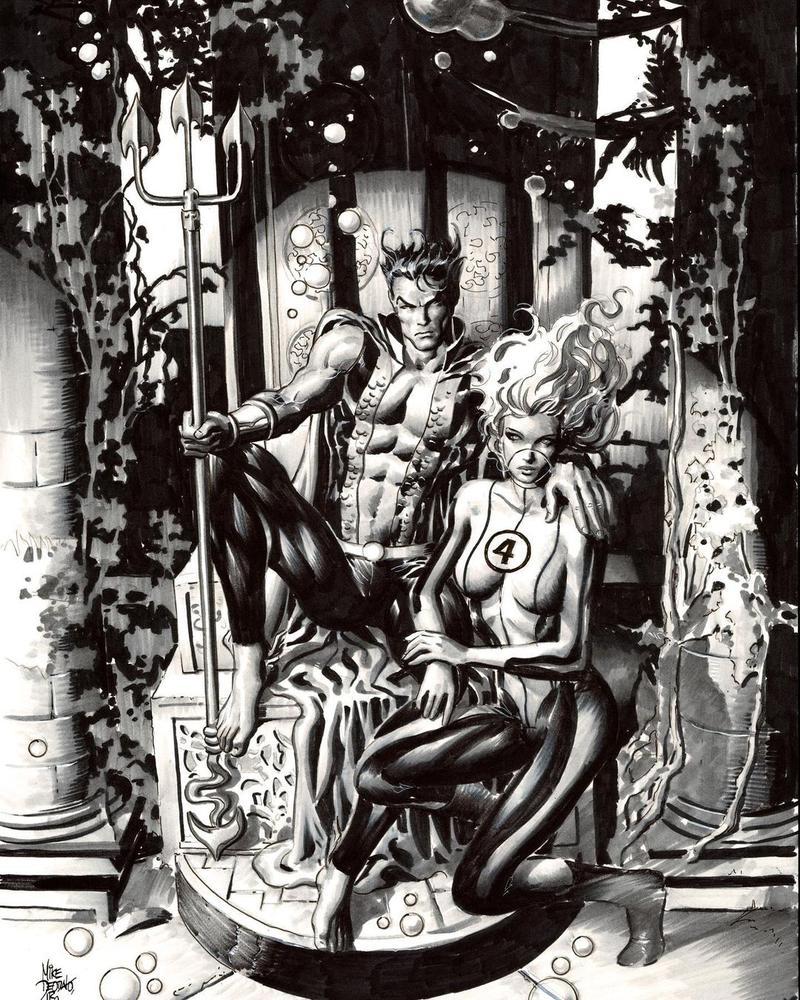 While Marvel Studios is bringing a new level of representation culturally with Tenoch Huerta, Black Panther 2 is also giving fans a hero that looks a little different figure-wise from people like the MCU's Chris trio (Hemsworth, Evans, and Pratt). It's somewhat unfortunate seeing this kind of commentary in the public eye, even with Deodato's history of working on Namor in the comics, but the hope is that his physique won't matter if the character is done the right way.

Over the years, Marvel has brought no shortage of actors boasting incredible builds, which has largely become the standard for men across the superhero genre in the 21st century. It's certainly not ideal to see this kind of commentary from any source, much less an artist who spent years working on the character, as Huerta joins a top-notch franchise while playing one of the story's most anticipated new heroes.

In the end, fans will just have to wait and see what Huerta brings to the table as Namor, particularly with him playing an antagonistic role against the Wakandans in Black Panther 2. There's no question that he'll bring the physical prowess needed to excel in the role, and six-pack or not, he's sure to make his presence felt in likely the first of many MCU projects.

Black Panther: Wakanda Forever will premiere in theaters on November 11.