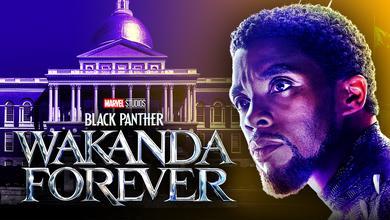 Looking how much story the MCU has told over the past 13 years, it only makes sense that Phase 4 is playing host to numerous sequels with both theatrical and streaming releases.

One of those sequels is Ryan Coogler's Black Panther: Wakanda Forever, the follow-up to the MCU's current box office king of solo movies in 2018's Black Panther. After being nominated for six Academy Awards and coming home with three wins, fans are eager to see what Marvel Studios is planning for the next chapter in the fictional African nation's story.

Like many of its MCU counterparts releasing in 2022, Wakanda Forever is deep into preparation for production to begin sometime in the next few weeks in Atlanta, GA. Part of this process includes searching for appropriately grand-scale locations to use for its settings, particularly with a host of other nations reportedly involved in this expansive sequel.

One of those locations has just revealed itself, although it's seemingly quite the unexpected venue for a Black Panther movie...

BLACK PANTHER IN THE BOSTON SUBURBS?

Spectrum News 1 reported that the production of Black Panther: Wakanda Forever will visit Worcester, Massachusetts this summer to film scenes for the sequel. Sources say this sequel will film sequences in the Boston suburb at some point over the next few months, including at the Worcester Police Department headquarters.

Although it wasn't explicitly confirmed that the Black Panther sequel was the movie being filmed here, Worcester’s Economic Development Office business development manager Edgar Luna described the movie as being connected to one "that was extremely successful in 2018." He expressed that the city is "pleased they have selected [them]" to serve as a location for "a major Disney production."

A MYSTERY LOCATION FOR WAKANDA FOREVER

Although Worcester and the state of Massachusetts are certainly well-equipped to play host to a major blockbuster like those from Marvel Studios, it's still a bit of a mystery what will actually be shot here. The original Black Panther utilized Georgia and South Korea as primary locations, with Georgia coming into play for the sequel, too, leaving fans to wonder what specifically this New England city will offer.

Michael B. Jordan's Erik Killmonger did graduate from MIT, although his return for Wakanda Forever is up in the air after his character's untimely death in 2018's first film. This seems to be the only blatant connection the franchise has to the USA's Northeast region, although Marvel Studios undoubtedly has its plan for this region set.

No matter what ends up being filmed in Worcester, fans will have their eyes open for everything this blockbuster movie has to offer next summer. With a dedicated cast and crew coming together and trying their best to make something special, the Massachusetts city will play a key role in bringing this outing to life.

Black Panther: Wakanda Forever is set to begin filming in Atlanta in July 2021 before its theatrical release on July 8, 2022.