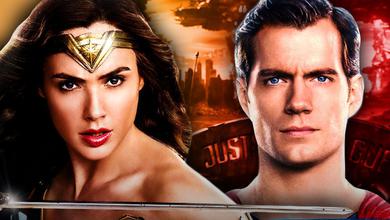 Work is well underway on Zack Snyder's Justice League, which is slated to hit HBO Max in early-to-mid 2021.

The miniseries may not be named this anymore, however, following the release of wallpaper backgrounds that suggest that the project has been renamed Justice League Director's Cut. Regardless, information has continue to trickle out, including what the opening scene of the miniseries will be.

The music of the Snyder Cut is one of many aspects of the miniseries that will be reworked, with Tom Holkenborg joining to compose an entirely new score. During the second DC FanDome event, Holkenborg gave a sneak preview at the new theme for Zack Snyder's Justice League. This differed greatly from previous composer Danny Elfman's rendition, being more heroic and grander in tone.

Holkenborg has spoken a bit more about the project, teasing how some of the music will be retooled...

In a new interview with Forbes, Snyder Cut composer Tom Holkenborg, AKA Junkie XL, spoke about the upcoming miniseries and how its score differs from the theatrical version. Holkenborg noted that the miniseries will have a "new spin" on Hans Zimmer's Superman and Wonder Woman themes, although the rest of the project's themes will be entirely reworked:

“Besides the Man of Steel theme for Superman and the theme for Wonder Woman, which I have given a new spin, all the other themes for this movie are brand new,” he revealed. “Some of them I did the groundwork on four years ago, but as you grow as a composer, you look at what you did and maybe have a better way of doing it now or a better idea. It was inspiring. I would get an idea in my downtime and think, ‘Oh, let’s rework this thing. Let’s do that.’ Because I knew for a while that this was coming, I had the time and space to shape it into its best possible form.”

Holkenborg also spoke about how musical themes progress with a character over time, and that “you should come up with a theme that inspires you for that character" rather than retread familiar and traditional ground:

“Different characters have different musical statements to those same characters in the past. Much like their stories in the comics, they change and evolve over the years. So, what was a great theme for Superman in the 70s doesn’t mean that it is the right theme for Superman in 2013. When the director takes on a superhero character, and when a composer takes on the superhero character, they should do what feels right inside them.”

Holkenborg commented on the Snyder Cut itself, particularly its existence and the effort that was put into the original version of the fabled cut:

“To be honest, the reason why it’s called the ‘Snyder Cut’ is that there was a Snyder Cut. I knew quite a long time ago that this was in the works and that it existed,” he confirmed. “This was not decided overnight. I had already done a lot of work for this project. It’s so exciting to see this version of the movie finally coming alive. Zack put a lot of time into the original version, I put a lot of time into in the original version, so it is great to have closure and that this is finally coming out.”

Tom Holkenborg confirms here that Hans Zimmer's work on previous Zack Snyder films will be retained, although with a slightly new take. This familiarity with a fresh twist should be an exciting prospect for the upcoming score.

Holkenborg addressing the use of the 1970s Superman theme is an indirect reference to Elfman's use of the tune, as well as the 1989 Batman theme, in Justice League. Elfman previously composed both themes for those films and, while iconic, it seems that Holkenborg believes that this may not have been the right move for the score of Justice League. With more modern takes on superhero themes already existing from past DCEU films, Holkenborg appears to be honoring these incarnations of the characters as opposed to banking on the nostalgia of past versions.

It is also reassuring to hear Holkenborg comment on the prior existence of the Snyder Cut itself. Many were skeptical during the #ReleaseTheSnyderCut campaign as to whether the Snyder Cut was real, or if it was just a phrase being used to drum up hype amongst fans. It seems that the former is true, so it was nice to see Snyder and Holkenborg's efforts be rewarded in the project finally being realized.