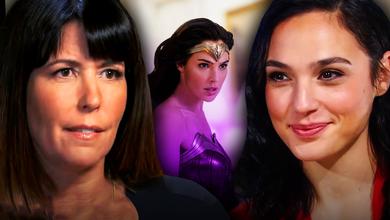 The comic book movie fandom finally has something to look forward to for the end of 2020 thanks to the monumental news that Wonder Woman 1984 will be debuting on Christmas Day both in theaters and on HBO Max. After a new trailer for the movie and multiple reports confirmed this news, there seems to be at least one new date to circle on calendars as this year comes closer to a merciful end.

The status of theaters all over the world is in a state of flux at the moment, but there are now options for anybody who wants to see this highly anticipated new movie after being delayed for over a year already. The movie’s director and star have both shared a new post on social media celebrating the arrival of this new DCEU epic.

Wonder Woman 1984 director Patty Jenkins recently took to Twitter to release a message of hope and joy after confirmation arrived that the movie will release in theaters and on HBO Max on Christmas Day. Along with a new picture of Gal Gadot as Wonder Woman from the movie, she included this message:

THE TIME HAS COME. At some point you have to choose to share any love and joy you have to give, over everything else. We love our movie as we love our fans, so we truly hope that our film brings a little bit of joy and reprieve to all of you this holiday season. Watch it IN THEATERS, where it is made safe to do so (check out the great work theaters have done to make it so!) And available in the safety of your home on HBOMAX where it is not. Happy holidays to all of you. We hope you enjoy our film as much as we enjoyed making it.

Starring actress Gal Gadot released her own tweet as well along with this news, sharing this message along with a different picture of herself from the new movie:

IT'S TIME. We've all waited a long time for this one to come. I can't tell you how excited I am for all of you to see this movie. It wasn't an easy decision and we never thought we'd have to hold onto the release for sucha a long time but Covid rocked all of our worlds. We feel the movie has never been so relevant and we hope that it'll bring some joy, hope and love to your hearts. Wonder Woman 1984 is a special one for me and I can only hope it'll be as special to you too. We've put our hearys and souls into it. So.. you can watch it IN THEATERS (They're doing an amazing job keeping it safe) and you can watch it on HBOMax from your homes. Sending you my love. Please keep safe and wear a mask. Happy holidays to all of us! Let the light shine in.

Her full tweet and picture can be seen below:

Both Patty Jenkins and Gal Gadot are clearly happy that their movie is finally making its way to the public after so many different delays. Interestingly, their statements come about a month after Jenkins said that a streaming release wasn't an option for her sequel.

Jekins and Gadot formed one of the most prominent tag teams in Hollywood since they first worked together on Wonder Woman in 2017, and they already have the sequel lined up as one of the most highly anticipated blockbusters of the near or distant future.

With the new movie officially only a month and a half away, fans can now look forward to more upcoming teases and previews coming over the next few weeks. There will likely be small doses of new footage, potentially behind the scenes interviews and more as the release date inches closer and closer.