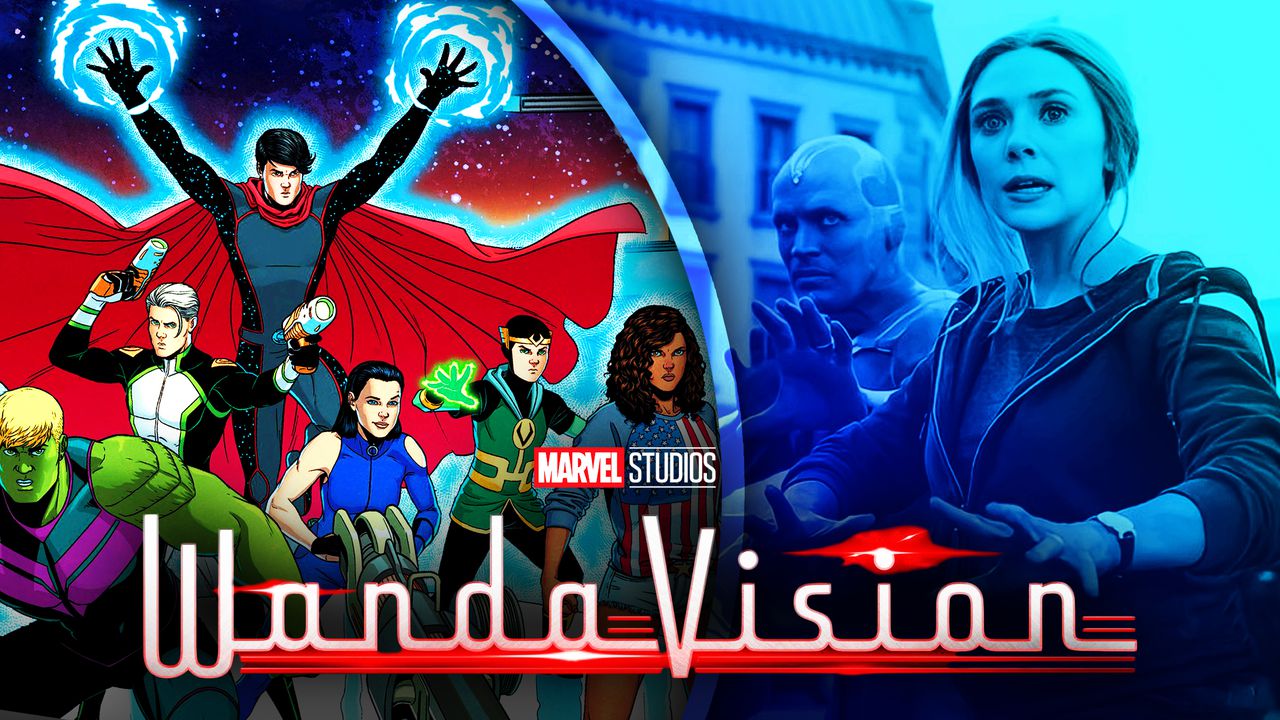 Billy and Tommy Maximoff may have been introduced in WandaVision, two members of the Young Avengers, but just as quickly as they came, they were taken away. In the finale, as Wanda restored reality, not only did the Vision she created vanish, so too did her twin sons. However, a glimmer of hope in a post-credit scene points to Wanda hearing her children crying out for her.

The show has featured so many Easter eggs at this point, it's hard to count them all, but some of them have revolved around the twins. Viewers saw a rainbow flag referencing Billy's sexuality and their Halloween costumes paying homage to their Young Avengers outfits.

Another Easter egg has been found in the finale that points to something a bit more significant for Billy in particular.

When Vision and Wanda were tucking Billy and Tommy into bed, some fans noticed one drawing on the wall with writing on it.

Upon closer inspection, albeit not completely legible, it seems to read “Demiurge,” who in the comics was the sentient life force of Earth's biosphere that seeded the world with its own life essence, leading to the birth of the Elder Gods in the Marvel universe.

As for how this connects to Wanda or Vision, it doesn't, but it does connect to their magically inclined son, Billy. In a recent storyline from Young Avengers, it was revealed that Billy, also known as Wiccan, was essentially the magical messiah, destined to become Demiurge.

This is likely just a cute little Easter egg hidden in the background for fans to notice. Still, there are many parallels between Billy's path to becoming Demiurge and Wanda's to becoming the Scarlet Witch in the MCU. The biggest similarity is that their destinies will lead the two to become massively powerful, enough to bend reality to their will.

Loki described Wiccan's path to becoming the Demiurge in Young Avengers (2013) issue #10 as becoming the one to define magic itself, stating that “To control [Billy] is to define everything.” Sound familiar? Kathryn Hahn's Agatha Harkness planned on stealing the power of the Scarlet Witch from Wanda too, similar to another villain in the comic attempting to steal the power of the Demiurge from Billy in order to control the multiverse.

As for those Elder Gods that Demiurge's seeds birthed? One of them was Chthon, who would go onto writing the original Darkhold. Additionally, this demon also has a close connection to Wanda in the comics. When she was born near Wundagore Mountain, presumably the same mountain seen in the post-credit scene of WandaVision, Chton had marked her as a potential vessel. Years later, Chthon would successfully possess Wanda, only to be expelled thanks to her brother, Pietro.

It's unknown whether this storyline for Billy will be adapted, but it's an interesting bit of backstory for the character that shares parallels with Wanda's current path leading into Doctor Strange in the Multiverse of Madness. Wanda may be destined to destroy the world as the Scarlet Witch, but her son might be destined to save it, and her, as the Demiurge.