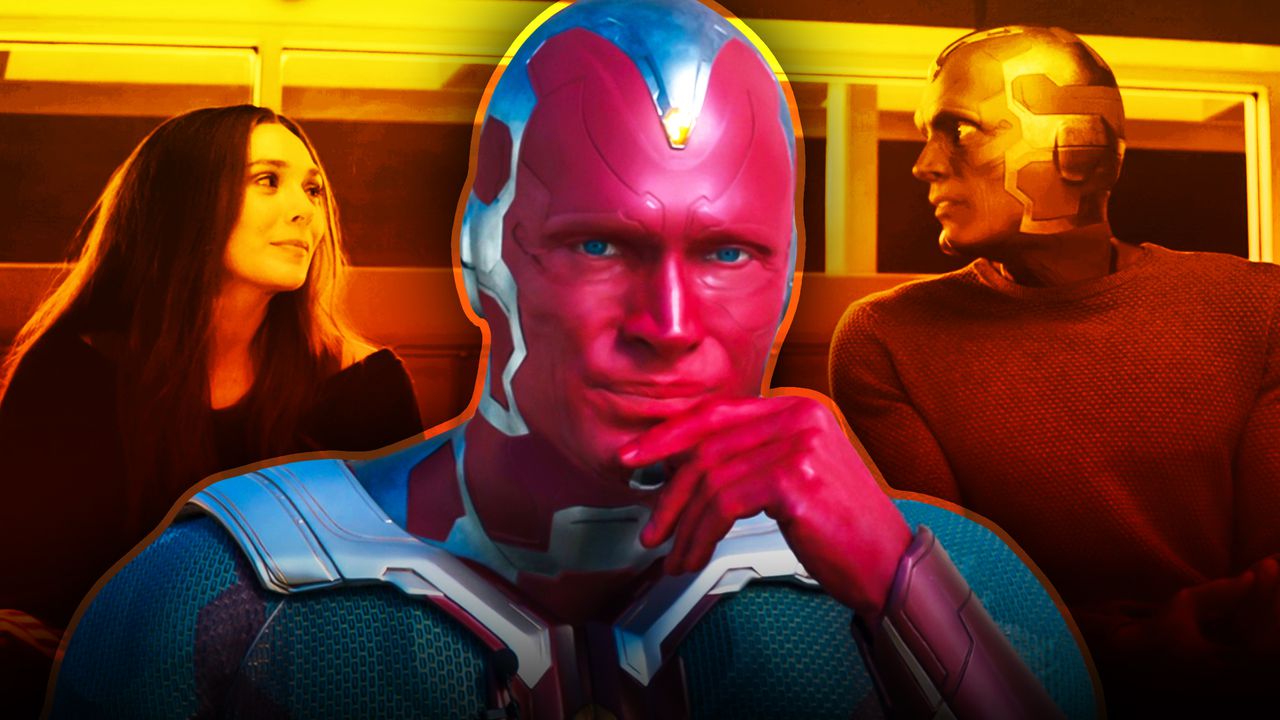 As WandaVision concludes its series run, the show is being greatly praised for its emotional depth and well-written character moments. The reality-bending series centered on exploring the trauma of Wanda's life and how she has handled grief.

Many of WandaVision's best moments in this regard came in the eighth episode — 'Previously On' — as Agatha Harkness took Wanda through the most tragic moments of her life from her parents' death to the loss of Vision.

In the Sokovian witch's debut appearance, Avengers: Age of Ultron, the character was introduced alongside her brother Quicksilver who died during Ultron's invasion of their homeland. This moment has been shown to greatly affect Wanda through her entire MCU tenure and served as the base for several key scenes of WandaVision.

In an interview with Esquire, Vision actor Paul Bettany has shared a story from the set of WandaVision in which he was involved in rewriting an emotional moment from the series.

A standout moment from WandaVision came in the series' eighth episode as a flashback to the time of Captain America: Civil War saw Wanda grieving the death of her recently deceased brother Pietro. During the scene, Vision struggled to understand the nature of the situation and her grief given his robot nature.

As Elizabeth Olsen and Paul Bettany were rehearsing the scene, he shared his thoughts that the scene wasn't “doing what [they] need it to do“ with head writer Jac Schaeffer:

“I just don't think the scene in the Avengers compound is doing what we need it to do. I think it needs to be somehow about the purpose of grief and that grief isn't all bad.”

Following their conversation, Schaeffer reviewed the script and replaced it with a new speech that Vision gave to Wanda in the final cut of the episode:

“It can’t all be sorrow, can it? I’ve always been alone, so I don’t feel the lack. It’s all I’ve ever known. I’ve never experienced loss because I’ve never had a loved one to lose. But what is grief, if not love persevering?”

While Schaeffer's original version of Vision's speech will unlikely ever see the light of day, Bettany's rewrite suggestions resulted in a scene with great impact and a strong message behind it.

The message Vision offered Wanda gave great optimism to her tragic situation whilst also allowing viewers to better relate to the synthezoid as a character, getting a sense for how he interprets human emotion.

Kevin Feige's Marvel universe has always done a spectacular job in creating layered characters that fans can become invested in. The expansion of the universe from two-hour movies to six-hour Disney+ series will allow writers to spend more time with their characters to do things that have previously been impossible in the limited time of a film.

The Falcon and the Winter Soldier is the next project on the MCU slate and is set to delve deep into its characters as the great trauma of Bucky Barnes' life is explored in further detail than ever before. The series will premier its first episode on March 19, exclusively on Disney+.