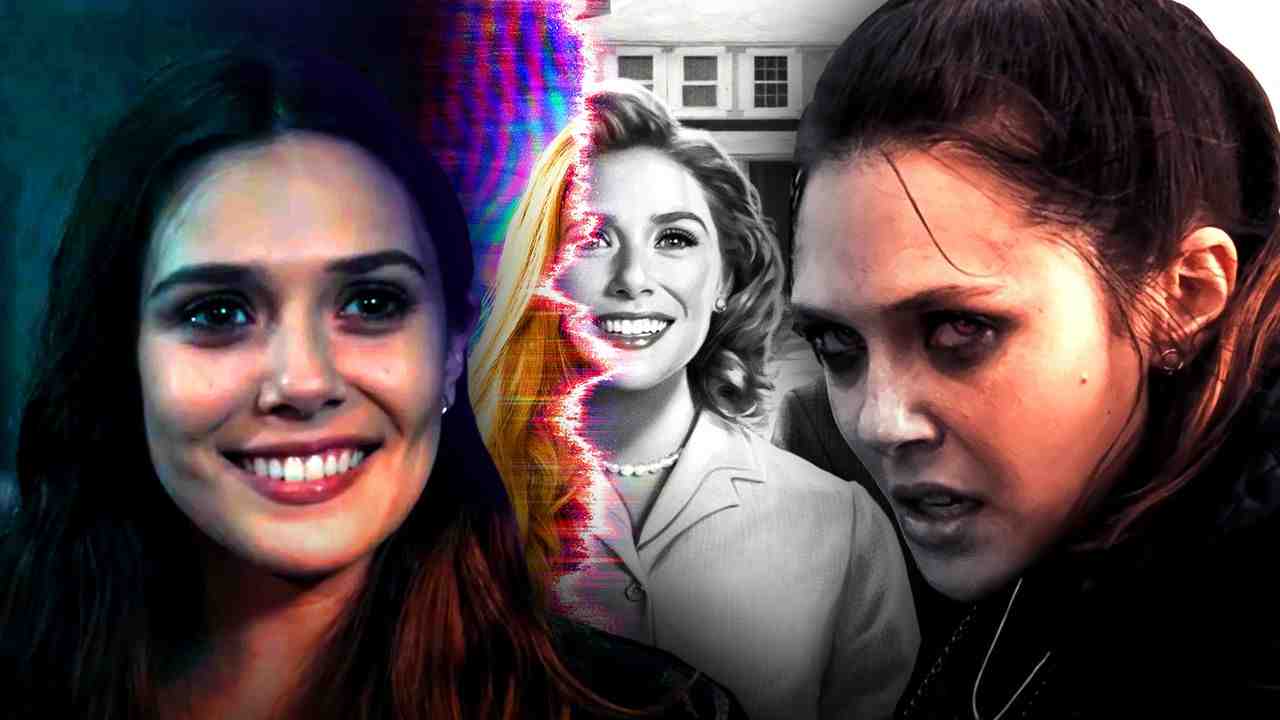 Marvel Studios is beginning its slate of Phase Four projects with the release of the Disney+ series WandaVision . The show centers on Wanda Maximoff and Vision, as they live within an idyllic suburban neighborhood that mysteriously embodies the aesthetics of various decades of American sitcoms.

While WandaVision bubbles with chipper characters and a classic laugh-track, there's a darkness lurking beneath the surface. The traumas of Wanda's past, such as the loss of her brother Pietro and the death of Vision, are clearly a major driving force behind this alternate reality that the Avenger now calls home.

Scarlet Witch's emotional instability is the catalyst for the entire series, and now actress Elizabeth Olsen is revealing that it was the character's emphasis on real emotions that largely drew her to the role in the first place.

In an article from Elle , WandaVision star Elizabeth Olsen gave some details on what initially brought her to the role of Wanda Maximoff, which she debuted in 2015's Avengers: Age of Ultron .

Olsen spoke about Wanda's “struggle of mental health” that initially drew her to the role and how this not only made her a powerful character “because of her abilities, but because of her emotions.”

“[Joss Whedon] explained to me that Wanda Maximoff has always been this pillar of the struggle of mental health, from her pain and depression and traumatic experiences to how she completely alters the reality of the comics. The thing I held onto after reading the initial script was that she was not only powerful because of her abilities, but because of her emotions.”

Marvel Studios has always focused on building strong and complex adaptations of their characters for the MCU, and Wanda Maximoff is no exception. Wanda grew up in a war-torn country, was experimented on by HYDRA scientists, lost her twin brother in the fight against Ultron, and ended Vision's life when she was forced to destroy the Mind Stone.

Though Scarlet Witch is one of the most powerful superheroes in the MCU, the character is forced to carry the weight of every tragedy she's experienced by being an Avenger, and Elizabeth Olsen clearly has the right anchor point for her portrayal of Wanda Maximoff. Scarlet Witch is not defined by her power, but instead by the emotions she's forced to face.

WandaVision is allowing Elizabeth Olsen to fully explore the psyche and pain of Wanda Maximoff , while showcasing a reality-bending adventure that echoes the superhero's incredibly interesting comic book roots.

The Disney+ series will undoubtedly dive deeper into the emotions of Scarlet Witch as the episodes progress, and with Elizabeth Olsen at the forefront, fans will continue to see a whole new side to this very complex character.