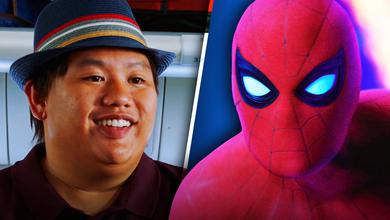 Phase 4 of the Marvel Cinematic Universe is expected to change the landscape of the franchise in an exciting way, and a huge chunk of that will be focused on the concept of the multiverse. Projects such as WandaVision and Doctor Strange in the Multiverse of Madness are poised to deliver a deep dive into the concept, but an unlikely entry in the form of the currently-untitled Spider-Man 3 has been rumored to include the multiverse-driven narrative into the life of the MCU's famous web-slinger.

On top of returning main cast members from the Spider-Man franchise, Jamie Foxx is set to return as Electro, but it's unclear if the same version of the villain that he played during The Amazing Spider-Man 2 will be portrayed in the threequel. Not only that, it was revealed that Benedict Cumberbatch is set to reprise his role as Doctor Strange in the film, adding more evidence that the third installment will somehow include the multiverse in some form.

Production is currently underway for Spider-Man 3, and several set photos have already teased that the events of the threequel will start right after Spider-Man: Far From Home. And now, a new casting addition has surfaced that could highlight the backstory of one of Peter's closest allies.

The Direct has exclusively learned that Marvel Studios and Sony Pictures are casting a Filipina actress within the age range of 50-80 years old for a small supporting role in the MCU's still-untitled third Spider-Man movie. Our sources indicate that this role is for a relative of Ned Leeds.

Jacob Batalon's Ned Leeds has been an integral part of Peter Parker's MCU journey so far, and this new casting addition could hint that the threequel will finally show the character's backstory in some form. In real life, Batalon is half-Filipino, so it would make sense for the studio to find an actress that hails from the Philippines.

Such casting would essentially imply that Ned has the same nationality as Batalon, further paying homage to the real-life background of the actor. More so, this serves as a positive step for Sony and Marvel Studios to further strengthen Asian representation in their films.

As for the role of Ned's relative, there's a strong chance that it pertains to the character's mother or grandmother. Given that Peter and MJ will be on the run during the start of Spider-Man 3, it makes narrative sense for the duo to seek a trusted friend in Ned. This could very well lead to the live-action debut of Ned's mother or grandmother, with both Peter and MJ potentially seeking shelter at Ned's home for the time being.

On the flip side, the inclusion of Ned's relative could potentially hint that Peter will eventually round up his closest allies along with their loved ones for protection. Given the addition of Doctor Strange, it's possible that the New York Sanctum will serve as the main shelter for those characters.

Whatever the case, Spider-Man 3 is expected to change Peter Parker's life in a surprising way, and it will be exciting to see how it unfolds on the silver screen. Thankfully, Sony confirmed that an official first look for the threequel will arrive next month, and it could very well include some potential hints about the film's intriguing narrative.