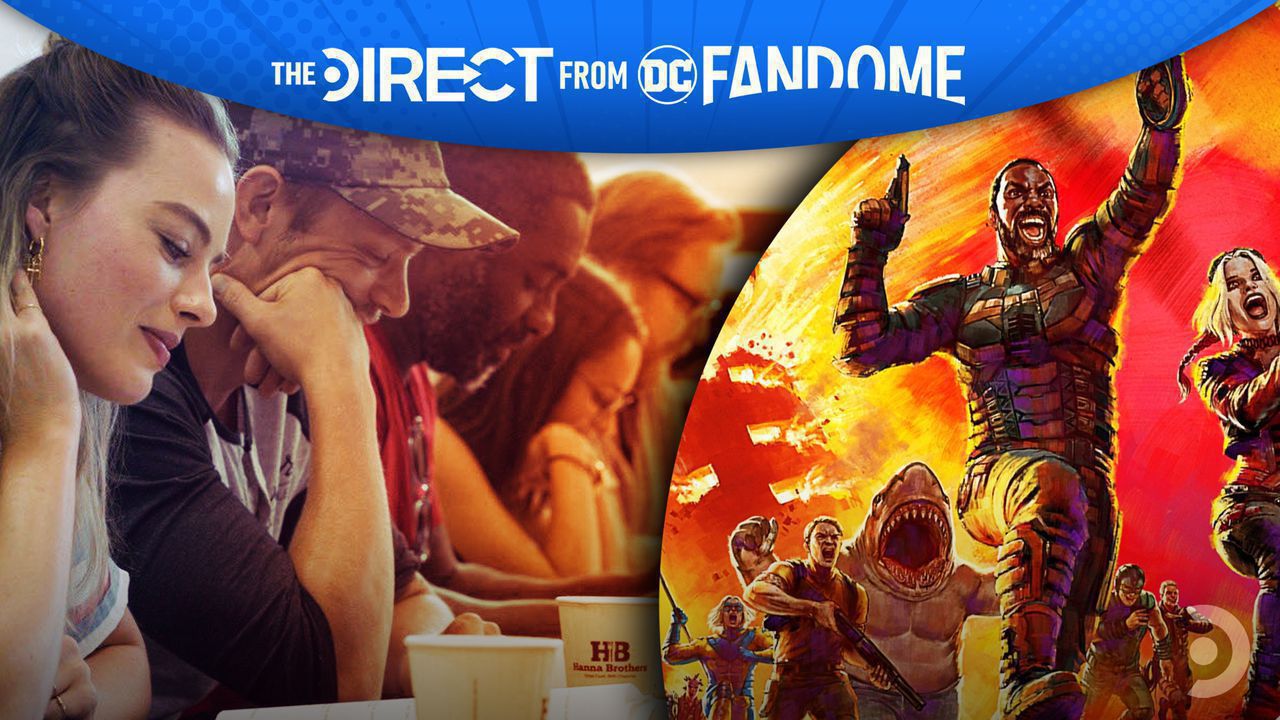 The Suicide Squad was the only panel at DC FanDome to get a behind-the-scenes featurette as opposed to a full-fledged trailer. This brought new information with it all the same, in addition to new posters being unveiled as promotion for the film. The panel also, of course, revealed the identities of the squad members and who will be playing who.

Since then, James Gunn revealed that the role of Bloodsport was specifically written for Idris Elba, a practice that Gunn rarely does. The director also confirmed that the entire film has been shot in IMAX, allowing for even more villainous activities to happen on-screen at once.

The official villains for the film are said to be President Luna and General Suarez, though eagle-eyed viewers have found that Starro may have a presence in some of the behind-the-scenes footage as a secret main villain.

James Gunn shared new images from the first table read in 2019 with the cast of The Suicide Squad on his Twitter:

Margot Robbie, Joel Kinnaman and Idris Elba gleefully read through the script. The presence of Hanna Brothers cups also semes to indicate that this table read took place at the Pinewood Atlanta Studios Production Center, where most of the filming took place.

Mayling Ng, Michael Rooker, Joaquín Cosío and Juan Diego Botto are also pictured at the table read, with concept art on the walls behind them.

This final picture shows official concept art hanging on the wall behind Rooker.

In his Twitter post, Gunn mentioned that this table read took place one year ago, implying that it occurred on September 12, 2019. Filming officially began on September 20, 2019, indicating just over a week's turnaround from reading the script to actually commencing production.

Perhaps what is most interesting from these new images is the presence of concept art on the walls behind some of the actors. James Gunn mentions that he had to omit some more images of the cast at this table read in order to prevent revealing too much.

We do get a glimpse at some of it though, with one of these being in a forested area with Peacemaker in the background and presumably Bloodsport in the foreground. True to his name, blood is splattered on the camera lens, in addition to him firing a gun shot and an odd-looking laser of some kind. The other is harder to make out due to it being cut off, though it appears that it is some sort of fiery battleground. This is possibly an area that has been ravaged in the wake of The Suicide Squad's arrival.

The cast can be seen suited up and in action when The Suicide Squad releases on August 6, 2021. 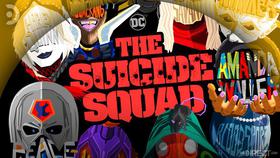