During the highly anticipated The Suicide Squad panel at the DC FanDome, fans finally got a look at the 2021 film starring Margot Robbie, Viola Davis, Idris Elba, John Cena, and Taika Waititi.

During the panel, The Suicide Squad 's director James Gunn introduced his ensemble cast of villains, answered questions from fans, pitted his cast in competition to test their knowledge, and then finally revealed which characters his cast was playing.

While it was already known that Margot Robbie, Joel Kinnaman, Jai Courtney, and Viola Davis were reprising their roles, fans didn't know who Gunn's impressive lineup of newcomers were playing.

Towards the end of the panel, Gunn released some behind the scenes footage for the film where fans were finally able to see footage of Harley Quinn, the Weasel, set pieces, and the film's action scenes for the first time.

Following the panel's conclusion, Gunn took to twitter to post a tweet thanking those who checked out the panel and shared this DC FanDome Fan Poster. 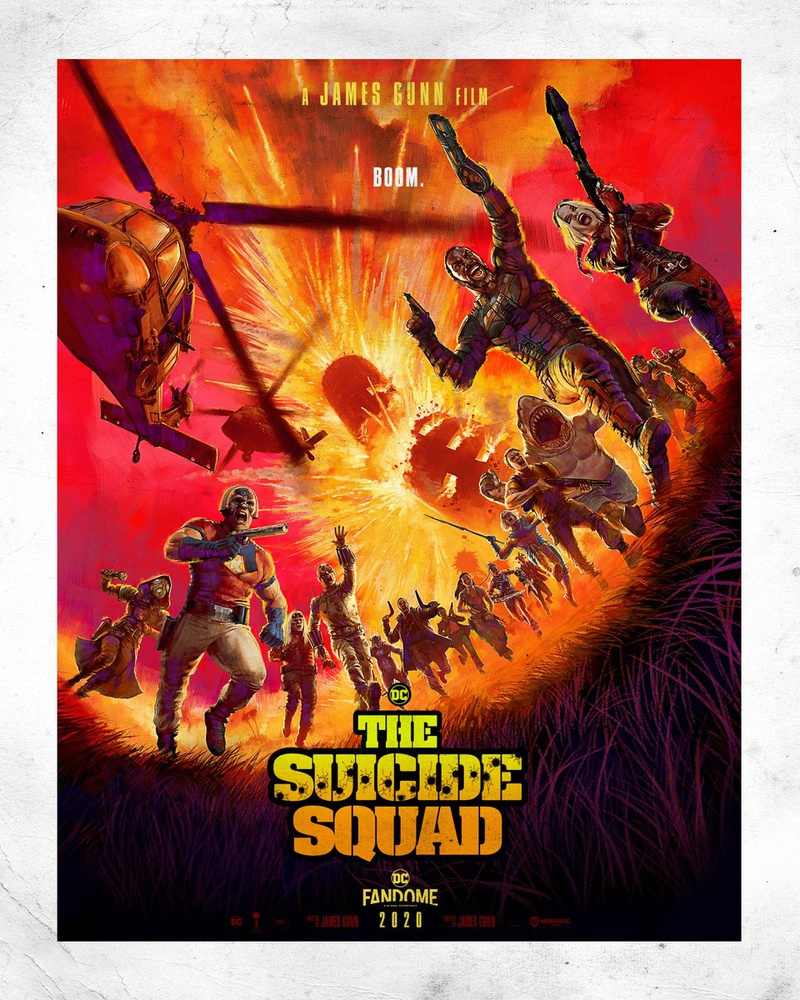 He then posted another tweet saying, I suppose I was mistaken because I just got this alternate #DCFanDome #TheSuicideSquad poster. Can you spot the differences?? 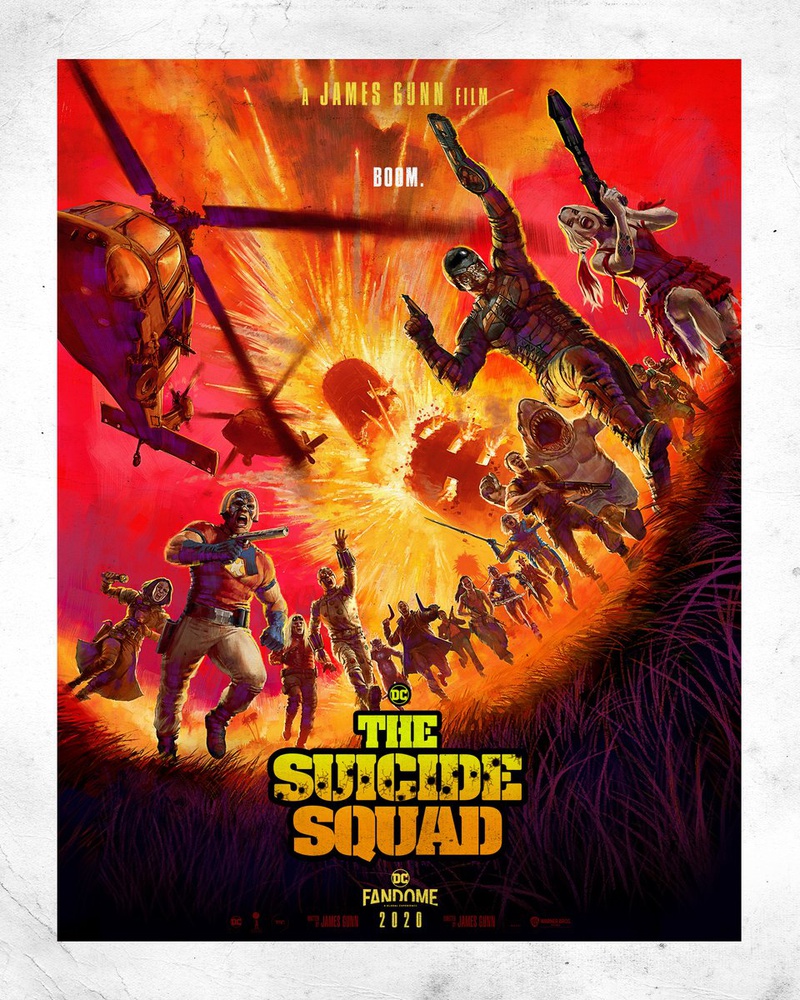 The Suicide Squad is unusual in that it's both a sequel and a reboot of a relatively recent film. The original 2016 Suicide Squad performed well at the box-office but fell flat with critics and fans. Writer and director James Gunn of Guardians of the Galaxy fame was brought on board to right the project and find success; and from the look of this behind the scenes footage, it seems he will do just that.

The new footage revealed a first look at new characters in action, as well as a glimpse of Gunn's direction and the film's new fresh style and tone.

Gunn also made a point to say that this movie is 100% his vision, a sharp contrast to the drama and controversy involving the first Suicide Squad where director David Ayer's plans suffered from studio interference. He also shared that the studio was enthusiastic and approving of his film.

At first glance, Gunn's The Suicide Squad looks to deliver a winning direction for the franchise and an overall new narrative which is exactly what fans, and the studio, wants.