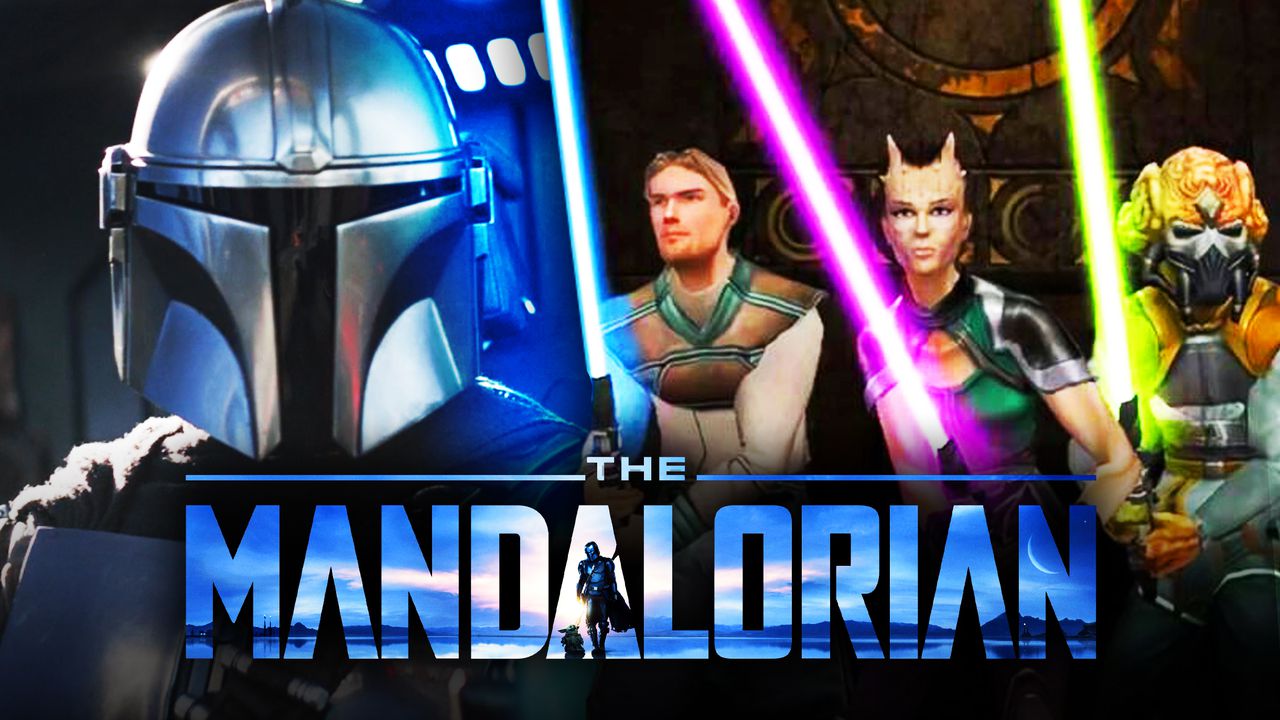 The Mandalorian is officially halfway through its second season after its release of "Chapter 12 - The Siege." The episode brought back familiar faces, reuniting Mando with his old friends, Cara Dune and Greef Karga.

As always, the episode was chockfull of Easter eggs and references, with a potential tie-in to a major character from the sequel trilogy. There was also an Easter Egg that may not have been as intended, as a crew member slyly snuck their way into one of the scenes.

While many may have lamented the fact that "The Siege" was somewhat of a filler episode, it did perfectly set the stage for Ahsoka Tano to make her live-action debut next week.

The episode had somewhat of a big reveal in its ending moments, too, which may provide an indication of Moff Gideon's nefarious plot...

The final scene of "Chapter 12 - The Siege" finds a scheming Moff Gideon on his Arquitens-class Command Cruiser.

In the closing shot, Gideon looks upon what appears to be an army of Dark Troopers, a type of Imperial droid previously seen in the video game Star Wars: Dark Forces.

The Dark Troopers seen in "The Siege" appear to be based on their Phase II appearance, which looks more Stormtrooper-like and features tubing around the design.

The Dark Troopers were enemies of ex-Stormtrooper Kyle Katarn and were featured in the first entry in the Star Wars: Jedi Knight series. The goal of the game was to shut down the Dark Trooper project before the deadly battle droids could be unleashed on the rest of the galaxy.

The Dark Trooper has already inspired designs in the Star Wars universe, serving as the basis for the DT-series sentry droid from Star Wars: Rebels . The designs seen in "The Siege" appear to be a more direct adaptation, possessing many similarities to their video game counterpart.

Moff Gideon reverting back to the use of droids is an interesting strategy, especially with the Separatists displaying that battle droids were often easy pickings for their opponents. The Empire did make use of droids as enforcers, with the KX-series security droids often being used to combat Rebel scum. If that name is unfamiliar, it is the same line of droids that Rogue One 's K-2SO comes from. They also appear in Jedi: Fallen Order to cause trouble for Cal Kestis. Moff Gideon may have seen the Empire's use of droids and thought that he could do them one better.

The Mandalorian is continuing to reincorporate Legends content, particularly from their video games . It will be interesting to see what other old concepts Lucasfilm brings back in addition to Moff Gideon's plans for the Dark Troopers.