When The Mandalorian launched in November of 2020, fans knew they were in for a unique Star Wars story that hadn't been seen before. But once the credits rolled following "Chapter 8: Redemption", fans had come to know and love our two lead characters in Mando (aka Din Djarin) and “The Child” (aka Baby Yoda). We were introduced to supporting characters likely to return such as Greef Karga, Cara Dune, and The Armorer. We said goodbye to favorites like Kuiil and IG-11, and were left with mysterious adversaries like Moff Gideon, who is sure to play a more prominent role in season two.

Season one leveraged a plot template that played out perfectly through each weekly episode, arguably imperative for a first season that was meant to build a new world in a galaxy far, far away. We really only saw that plot structure strayed away from in one episode with "Chapter 7: The Reckoning", but with season two on the horizon, look for the creative forces to be even more daring with our new favorite Star Wars duo.

The season finale of The Mandalorian was the exclamation point on a spectacular first season and opened the door for new plot points and storylines in season two. What's in store for the future? In all fairness, we may not be clairvoyant, but here are five possibilities that we might see come to fruition in season two of The Mandalorian.

THE SIEGE OF MANDALORE 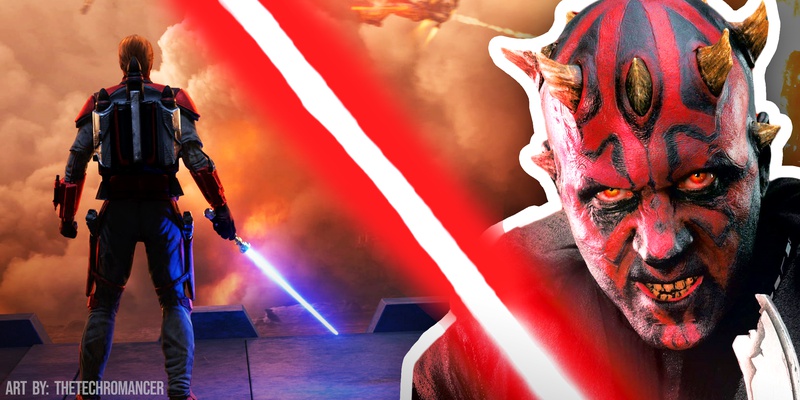 "The Beskar belongs back into the hands of a Mandalorian. It is good to restore the natural order of things, after a period of such disarray. Don't you agree?" The Client's words in the pilot episode, combined with flashbacks to Mando's childhood, loom over the remainder of the first season. The Mandalorians are known to be arguably the greatest warriors in the galaxy, and yet there are so few remaining and those that do remain are left in hiding, as we see in season one. The Siege of Mandalore, widely known as one of the final battles of the Clone Wars, was the turning point for the fall of the planet and its eventual rule under the Imperial Empire.

While we've seen this event explored in the animated show, it would not be a reach to hope it could be adapted for live-action on Disney+. With Dave Filoni doing double duty as executive producer and as a director, it's safe to say he has the pull to further his reach into The Clone Wars. Granted, it likely would necessitate dedicating an entire episode (presumably through flashbacks) given its occurrence in the canon Star Wars timeline: The Siege of Mandalore occurred during 19 BBY (Before the Battle of Yavin) while The Mandalorian takes place 9 ABY (After the Battle of Yavin).

That is roughly a 28-year difference, but regardless, it could make sense to delve into the Siege of Mandalore (if only for a portion of an episode) after Burg and Moff Gideon both referenced the scarred history of the Mandalorians.

TARRE VIZSLA AND THE JEDI ORDER

After Moff Gideon revealed himself (alongside a legion of Death Troopers) to be the true threat of our heroes in season one, it was hard to envision that he would lose his life in the season finale. We all likely expected him to recover unscathed from the TIE-fighter crash, but everyone would be fooling themselves if they foresaw the cliffhanger from the season finale. Not only did Gideon survive the crash, but he did so with the Darksaber in his possession.

According to legend in Star Wars lore, the iconic Darksaber was created by Tarre Vizsla, a force-sensitive human male who was the first Mandalorian to be inducted into the Jedi order as a child. The aforementioned Darksaber would become the symbol of leadership for House Vizsla and he would later become the ruler of Mandalore. The Armorer made note of the Mandalorians' past battles with the Jedi in the season finale, and it's likely no coincidence that Moff Gideon was revealed to be in possession of such a rare weapon by the time the credits rolled.

Could we be in for an appearance by Tarre Vizsla in some form during season two? At the very least, there's a good chance that as Mando and The Child continue their adventures, more of the intertwined history between the Mandalorians and the Jedi will be revealed. 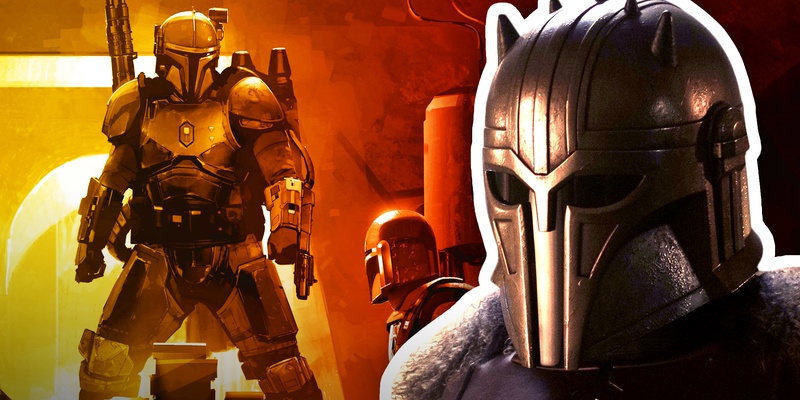 Among the standout episodes from season one was Chapter 3: The Sin. After Mando came to his senses, rescuing The Child from the stormtroopers on Nevarro, it looked as if The Guild would gain the upper hand in preventing our favorite duo's escape. But despite going against their own code, the rest of the Mandalorian covert emerged from their hiding, lending Mando and Baby Yoda a hand. Their assistance saved our series duo's lives but may have cost them their own.

As we witnessed in the season finale, according to The Armorer it remains to be seen whether any of the other Mandalorians on Nevarro managed to escape. That realization was a tough reminder of how grounded the Disney+ series is, but perhaps there is hope for restoration in season two. If the season finale proved anything, it was that Mando realized he couldn't do this job alone, necessitating the aid of Cara Dune, Greef Karga, Kuill, and IG-11. The same goes for his own covert, and perhaps Mando will work towards restoring the covert to some extent.

The resounding approval of The Mandalorian's inaugural season has effectively raised the bar for future Star Wars Disney+ shows. An Obi-Wan show and Cassian Andor series have already been announced, and a new rumor circulating states that Rosario Dawson's live-action debut as Ahsoka Tano could be a pipeline to her own series. The Star Wars universe on Disney+ is rapidly expanding, and that could involve growing the foundation for future stories, starting with the next time we see our new favorite duo.

We might see a cameo or witness subtle mentions to other characters that could have ties to future Disney+ series. Should Moff Gideon's acquisition of the Darksaber lead us down a path of exploring the history of the Jedi, it could make sense for Ahsoka to briefly touch upon her own past. Does she acknowledge fighting beside Obi-Wan Kenobi during the Clone Wars? Could the addition of Michael Biehn as a rumored bounty hunter affiliated with Mando's past lead the viewers down a "gritty" path similar to the vibes hinted at for the Cassian Andor series, and possibly introduce us to some of those characters? 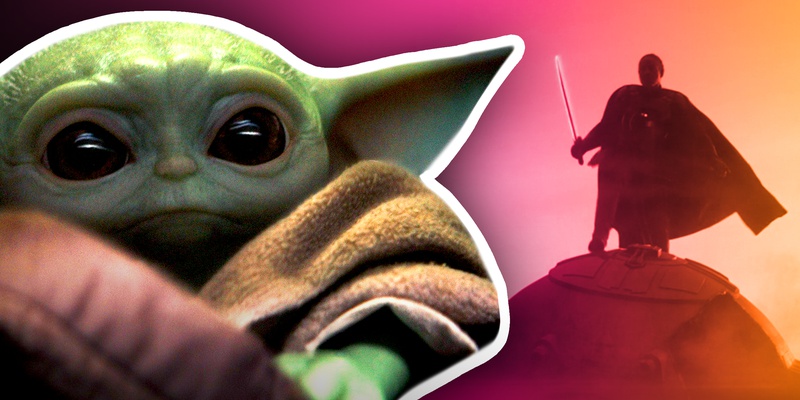 One of the many things that fans look forward during each episode was the reveal of the title. With the exception of the pilot, the episode titles arguably gave a taste of what was to come. One of the highlight episodes of the first season came by way of "Chapter 7: The Reckoning". As much as it pained Baby Yoda’s newfound fans, that episode broke the mold of those that came before it. Until that episode, Mando and The Child would face a newfound conflict each week, and by the time the episode’s credits rolled, the duo had more or less came out on the winning side.

At the end of Chapter 7, with the child snatched by stormtroopers and Mando and others ambushed by Moff Gideon and his Death Troopers, for once there was a sense of real vulnerability. That vulnerability makes these characters more intriguing and creates higher stakes as the story progresses. Calm your nerves Baby Yoda fans, with this being streamed on Disney+ you can be sure that no “real” harm will come to our favorite foundling, but creating a larger sense of urgency in a few more episodes? That can’t hurt either.