Last week, it was reported by Making Star Wars that Michael Biehn joined the second season of The Mandalorian, a report later coroborated by The Hollywood Reporter. Biehn, best known for his work in Terminator and Tombstone, has been cast as a bounty hunter with ties to Din Djarin's past. Little is known about the character beyond his profession and Beihn's casting naturally left fans curious about what the classic action star's bounty hunter would like. Now, his design has seemlingly been revealed in a new leak.

Making Star Wars has provided an exclusive look at Michael Biehn's character design for The Mandalorian season 2. Below is the image they shared on their website and YouTube channel: 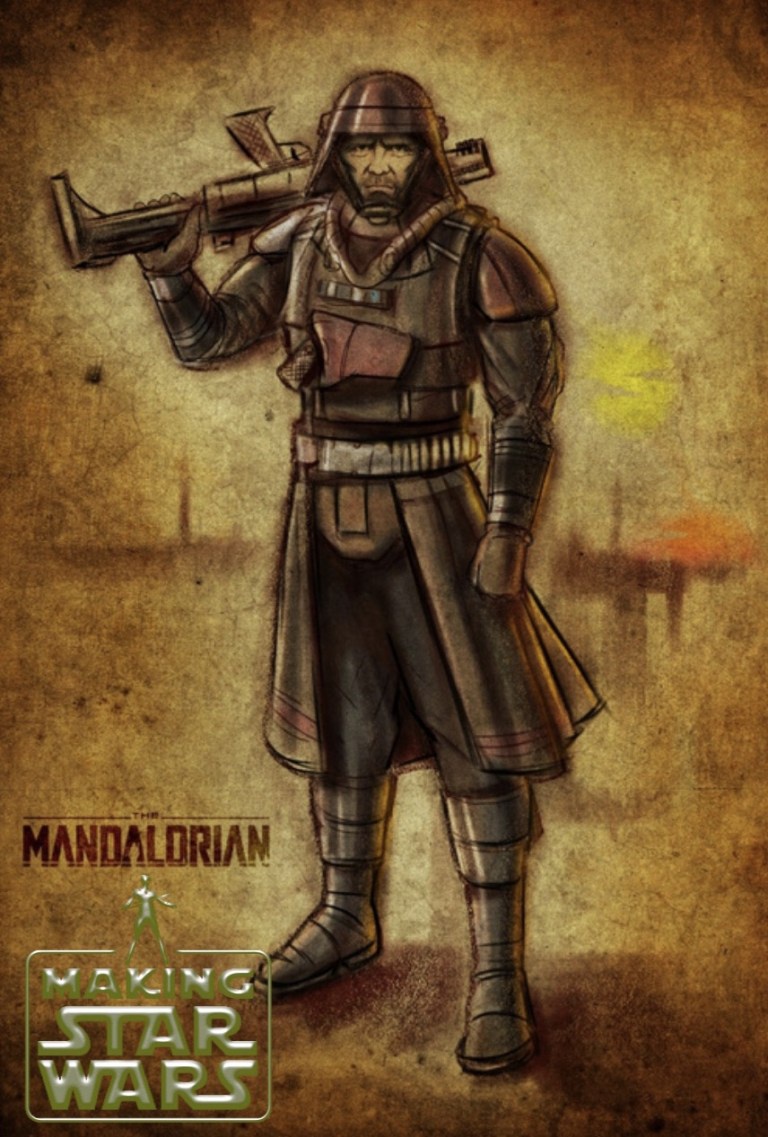 You can tell a lot about a person by the way they dress, and Biehn's character is certainly no exception. His helmet appears to be an Imperial commanding officer's model, akin to the one worn by General Veers during the Battle of Hoth. In many ways, his body armor resembles the gear worn by TIE Fighter pilots, given the white and blue pieces on his chest and what appears to be gas transfer tubes wrapping around his neck. His weapon evokes the design of the Bo-Rifle used by Zeb Orrelios and Agent Kallus in Star Wars Rebels. Perhaps Biehn's character is ex-Imperial? Or is it more likely that he stole his armor, like Beckett in Solo: A Star Wars Story? Much remains to be revealed about the nature of this character, but one thing's for sure: he's a fighter. There's no doubt his design is heavily influenced by the old samurai, who were also heavy influences on George Lucas when he was developing Star Wars. Though we don't know how this character will fit in with where The Mandalorian's story takes us, we can be sure to expect some heavy action sequences with this decked-out warrior.

Chris Evans Reveals Why Captain America Return Could Be ‘Upsetting’