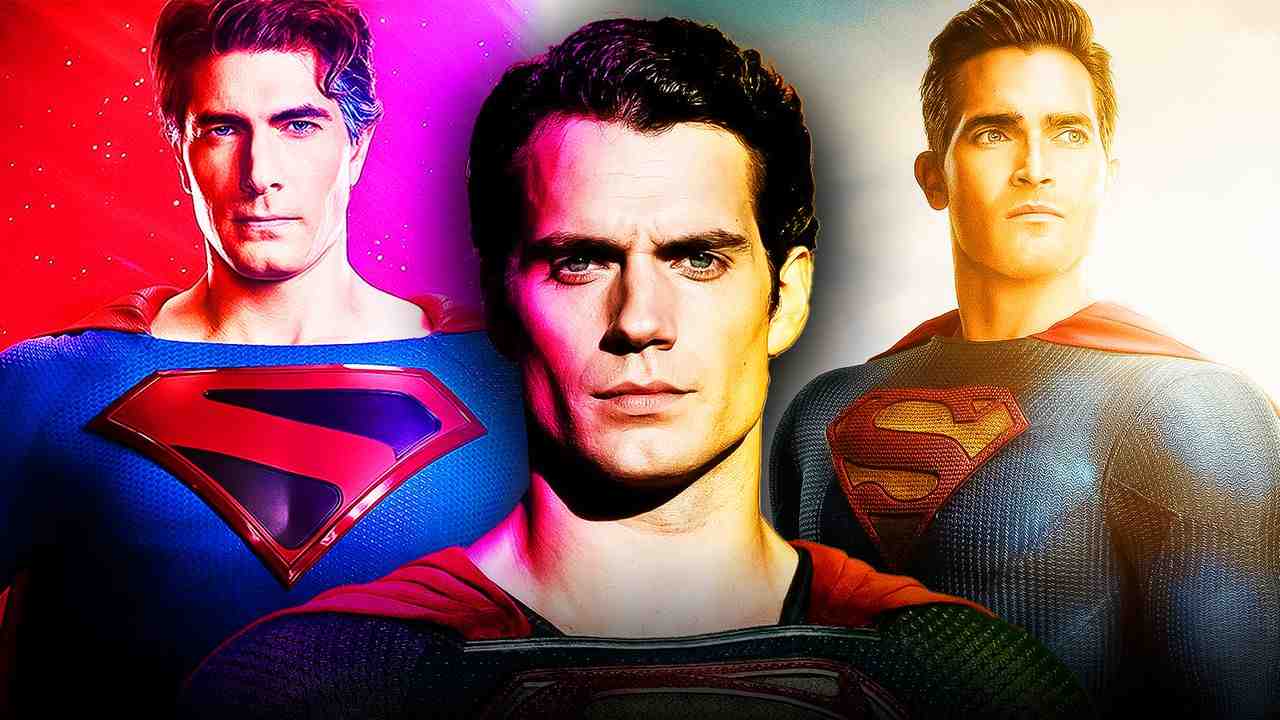 The DCEU is expanding due to the concept of the multiverse being pushed to the forefront. During DC FanDome , it became clear that alternate Earths will be the next big thing for the Superman and Batman-led franchise, and this will be further established when Ezra Miller's The Flash hits theaters .

This creates an opportunity for the DCEU to showcase alternate versions of heroes and villains without the need to explain which continuity they are based on. The Arrowverse's Crisis On Infinite Earths crossover gave a preview of what's to come when it featured Miller's DCEU speedster alongside Grant Gustin's Flash from the small screen.

This was further amplified by a rumor that Gustin will reportedly appear alongside Miller in the aforementioned DC film.

The positive reception from that moment appears to have made Warner Bros. happy, thus leading to the multiverse idea. Right now, multiple versions of Batman will co-exist in The Flash , with Ben Affleck's grittier Dark Knight side by side with Michael Keaton's classic Caped Crusader.

The same is true for Henry Cavill's Superman, but with a different twist. At this stage, it is still unknown if Cavill dons the cape once again for the DCEU, especially now that there are reports that a new Man of Steel will soon debut on the big screen in the form of a reboot.

Now, a well-established DCEU producer has made comments about the current multiverse plans for the Man of Tomorrow.

Man of Steel producer Charles Roven sat down with Comicbook to talk about the prospect of seeing multiple Superman projects in the future.

Roven started by confidently admitting that Warner Bros. has to "allow for multiple visions" if they decide to go along with a filmmaker's vision, strongly mentioning that "you can't have it any other way." This is in response to the idea that other versions of Superman, aside from the main DCEU hero, should exist in the franchise's plans.

"If they're going to go along with a filmmaker's vision, you have to allow for multiple visions. You can't have it any other way. Not everybody's going to think alike."

The DCEU producer then used the multiple Batmen in Ezra Miller's The Flash as an example, admitting that "it does have somewhat of a cohesive vision" to the current roadmap that's been created for the franchise:

"And so I think if somebody brought them a cohesive vision, it's my understanding, and I could be wrong because I haven't read the script or whatever, but even in The Flash thing that supposedly has multiple Batman's, it does have somewhat of a cohesive vision to the universe that's been created since Ezra [Miller] has been playing The Flash. And so, they're not saying, 'Never,' to anything and I like that. It's got to work. You know what I'm saying? It's got to work. You've got to be able to actually say, 'Here's what I'm really going to deliver, and then it's got to work.'"

Roven took note of how DC Comics approached the relaunch of their characters back in 2011, citing the strategy of Geoff Johns when he created the New 52 continuity. The producer said that this approach can be used by the film medium in order to revive interest in these amazing characters:

"Quite frankly, the comic books that this is all based on, the canon that this is all based on has never done [said, 'Never.']. They've been able to do amazing off-shoots and listen, look at what Geoff Johns has done by helping create the New 52, when the canon was getting a little stale. And look what... He did it again when he created all the different Lanterns, not just a Green Lantern. I mean, why shouldn't you be able to do that in the film medium, in the motion picture medium?"

At this point, Roven confirmed that he is not involved with the Superman film that Ta-Nehisi Coates is writing for DC, revealing that he's only attached to "anything that's spun off of Man of Steel :"

MORE SUPERMAN PROJECTS FOR THE DCEU

As it is, Charles Roven's comments make sense, especially now that Superman's direction in the DCEU is in flux. The producer's remark about the need to allow multiple visions for a character like Superman should propel the DCEU in a unique way, especially now that the studio is dedicated to the franchise's multiverse plans.

Many would agree that Henry Cavill's Superman is one of if not the most, recognizable iteration of the hero, and it would be an ideal move for Warner Bros. and DC to keep the actor on a long-term deal. By doing this, it presents the opportunity to create more stories about Cavill's version, thus cementing his mark on his Kryptonian persona.

Keeping Cavill's Superman should not be the only step in keeping the momentum of the DCEU. As Roven pointed out, building a cohesive vision that will actually work is important, and it seems that JJ Abrams' Superman reboot is poised to deliver a solid answer to hammer that point home.

Seeing multiple versions of Superman on the big screen is an exciting prospect for any DC fan. It expands the hero's potential to not just tell stories, but it should also help in inspiring more individuals due to the fact that Abrams' Man of Steel is a person of color .

This would open up something that is unique to DC's most powerful hero, a similar move that Roven took note of when Geoff Johns launched the New 52 in the comic book realm.

It's worth pointing out that multiple live-action Supermen are already happening due to the continued existence of Tyler Hoechlin's Superman from the Arrowverse. Now, it looks like the next big step is seeing this vision portrayed on the big screen, and it starts with the development of Abrams and Ta-Nehisi Coates' Superman movie.