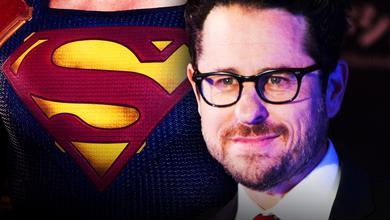 Fans of Clark Kent became nervous when it was announced that Warner Bros. would be introducing Supergirl in The Flash after an exhaustive search for an actress in Sasha Calle, pointing to the cousin of Kal-El potentially leading her own franchise. Considering Henry Cavill is already busy with Netflix's The Witcher, it's hard to say whether he'll even have the opportunity to return to the role.

Up to this point, a sequel to Man of Steel has been at “a standstill” with the biggest concern being the movie's success. Another problem with a new Superman movie is whether Warner Bros. will have to recast for the Man of Tomorrow or if another character will take up the cape.

However, tt seems like fans will find out that answer soon.

Entertainment outlet Shadow and Act reported that Warner Bros. is planning to reboot Superman with a feature film produced by J.J. Abrams under his Bad Robot label, which was further corroborated by Deadline.

Hannah Minghella will serve as producer with Ta-Nehisi Coates writing the script. The film currently lacks a plot with no other personnel attached. Both outlets could not confirm whether Henry Cavill would be replaced as Clark Kent but Deadline noted that he is still eager to return to the role.

Coates said that “To be invited into the DC Extended Universe by Warner Bros., DC Films and Bad Robot is an honor,” and that “I look forward to meaningfully adding to the legacy of America's most iconic mythic hero.”

Abrams opened with confidence that there are more stories to be told with Superman and that Coates would “help bring that story to the big screen:”

“There is a new, powerful and moving Superman story yet to be told. We couldn’t be more thrilled to be working with the brilliant Mr. Coates to help bring that story to the big screen, and we’re beyond thankful to the team at Warner Bros. for the opportunity.”

Emmerich chimed in, who equality praised Coates and his past work like Between the World and Me and how he will “give fans a new and exciting way to see the Man of Steel.”

It's hard to determine whether this is will be some sort of soft-reboot sequel to Man of Steel or its own story like Todd Phillips' Joker. The way all three speak about the project isn't very definitive, but Shadow and Act did mention that the search for a new actor to play Kal-El hasn't started yet.

It was reported by Variety last year that Michael B. Jordan had gone to Warner Bros. to give his own pitch on his vision for the character of Superman. So, one likely possibility is that Warner Bros. wants to introduce a black Superman to the world. This may be especially true considering how Coates felt about Superman when he spoke with Vulture several years ago:

“For reasons right or wrong, you’ll see the lead character for DC is Superman. So, truth, justice, and the American way. And, not even consciously, I just kind of said, Hmm, maybe not. Then you pick up X-Men, right, and you see all these weirdos and freaks, you know? And you think, Oh, man, that kind of rings true for me. When I was a kid, I didn’t even think of Peter Parker as white. It didn’t even occur to me.”

If this does end up being the case, then Superman may be on track to being reinvented in a fresh and exciting new way for old and new viewers alike.