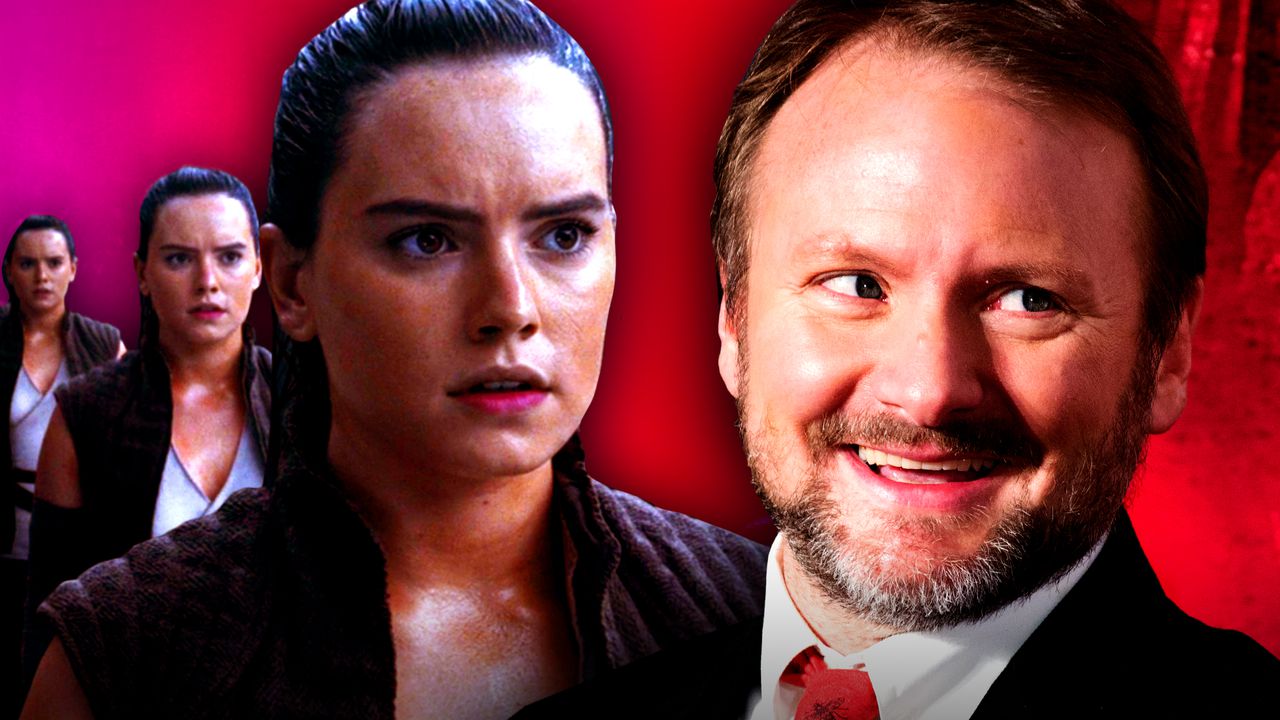 It's no secret that Star Wars: The Last Jedi is one of the most divisive entries of the Star Wars franchise. Directed by Rian Johnson, the 2017 Lucasfilm blockbuster took the sequel trilogy into a very different narrative direction by integrating controversial story elements such as Luke Skywalker's modern interpretation as well as the shocking death of Andy Serkis' Snoke.

Way before the film premiered in theaters, fans were anticipating the return of Luke to the big screen, mainly because many were expecting that the fan-favorite Jedi would train Daisy Ridley's Rey after the huge tease during the final moments of Star Wars: The Force Awakens. While this plot point did happen, many were disappointed that the beloved Jedi turned out to be a depressed old hermit living in Ach-To.

Still, the Jedi training of Rey from the film closely resembled Luke's journey in The Empire Strikes Back, and this was further amplified by the inclusion of a cave that houses a great deal of darkness. Now, a new interview with Johnson has emerged to provide further insight into the mysterious sequence.

During the sit-down, Johnson discussed the dark cave mirror scene from the 2017 sequel, admitting that the sequence “is left open to [the viewer's] interpretation:”

Rian Johnson on the dark cave mirror after I asked if she saw Ben: Similar to Luke going into the cave in ESB, it is left open to your interpretation. He didn't want to be definitive about it so that it wouldn't take away from what you got out of it.

Johnson then revealed that his interpretation of the scene was “Rey having to see that who she has to connect with and answer to is herself:”

He saw it as Rey having to see that who she has to connect with and answer to is herself, because she had been looking for answers from Luke. She wants to know her place in this story and is reaching out to people to find it. He likes that it's left open for interpretation

Johnson also pointed out that the mirror sequence was an “internal experience:”

He saw the mirror/cave as an internal experience. I asked about it being connected to the WBW, but he reiterated that he saw it as internal for Rey. As a SW fan, he hopes that we'll get more WBW content in the future (but he doesn't have any info on it, he was just speculating).

The director then mentioned that Adam Driver's Kylo Ren was one of the people “Rey was looking for answers from:”

He never said Ben wasn't there (but he also didn't say he was). But if I'm remembering correctly, he mentioned Kylo as being one of the people Rey was looking for answers from (as well as her parents).

REY'S SEARCH FOR ANSWERS IN THE SEQUEL TRILOGY

One of the driving elements of the sequel trilogy is Rey's search for her true identity. A good chunk of the narrative was clearly focused on this plot point, and The Last Jedi somewhat provided answers to this lingering question by showcasing the cave sequence.

In the film, Rey only saw herself when she asked who her real parents were (which was later revealed to be a clone of Emperor Palpatine), and this scene essentially encapsulates the “internal experience” comment from Johnson. While it was only stated as mere speculation, the fact that the director mentioned the World Between Worlds is pretty intriguing, and this could hint that this cave could be directly tied to the concept.

The fact that the cave scene was open to the viewer's interpretation is fitting, as evidenced by the numerous theories that surfaced before The Rise of Skywalker. Clearly, this approach worked, and it will be interesting to find out if there will be similar scenes included in Johnson's already-confirmed Star Wars trilogy.

The dynamic between Kylo Ren and Rey was a fascinating plot point from the sequel trilogy, and it makes narrative sense for the latter to reach out to the former for answers. If anything, this is another prime example of how the relationship between the two characters ultimately progressed the narrative of The Last Jedi even further.

Overall, The Last Jedi plays host to a lot of concepts that pushed the storyline into intriguing directions, and the cave sequence was one of them. Not much is known if the location will be revisited in a future project, but many would agree that this topic will continue to be one of discussion among Star Wars fans.