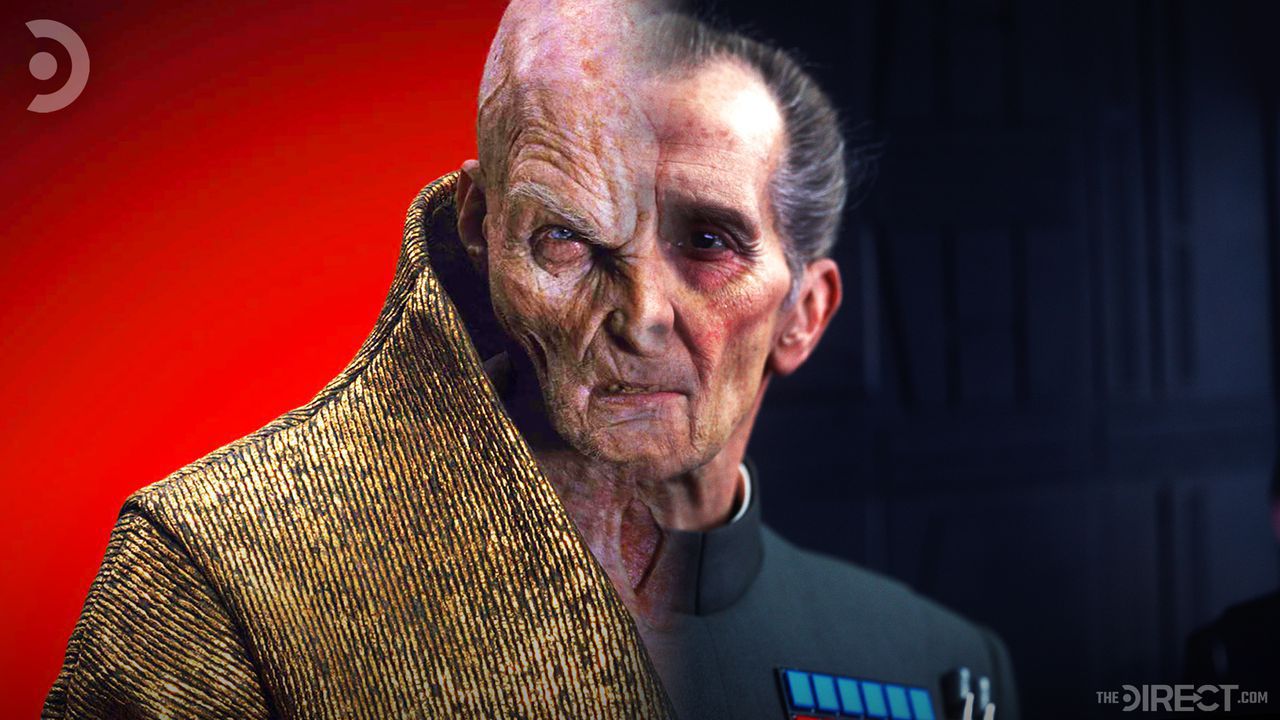 For seasoned Star Wars fans, theories and speculation are nothing new. They're a way to keep fans engaged and to generate hype for upcoming releases as new mysteries are presented. For the Sequel Trilogy, there was no subject more prone to speculation than the background of Supreme Leader Snoke.

When the leader of the First Order made his debut in The Force Awakens, fans couldn't help but wonder where he came from. We now know that Snoke was retconned into being a clone created on Exegol, as revealed in The Rise of Skywalker, to make room for Emperor Palpatine.

But a common fan theory before The Last Jedi released was that the Supreme Leader was a familiar face: Grand Moff Tarkin. It turns out that those theories were more accurate than the new films led fans to believe...

In an interview with Force Material, designer and sculptor Ivan Manzella revealed that he based Snoke's appearance off of the late Peter Cushing:

"JJ [Abrams] mentioned a Hammer 'House of Horror' doll. So I based him on Peter Cushing... when I did the maquette, there are elements in the cheek bone and profile. It wasn't meant to be Cushing, but he was my Hammer reference."

“I actually based Snoke on Peter Cushing.”

Ivan Manzella, the designer of Snoke, explains the truth behind a popular Snoke theory on this week’s episode of @ForceMaterial: https://t.co/zlLAX7V0Jp pic.twitter.com/PrXccjlJRD

Fan theorists can pop open a bottle of champagne because it appears they were on to something back in 2016. Looking at the comparison of the two villains, it's clear that there are several similarities in their facial structures, most notably the high cheek bones.

Obviously, Snoke didn't turn out to be Tarkin himself, but he was deliberately made to resemble the Moff, proving that early speculation was fairly accurate. Snoke being Tarkin never really made any sense, but in a way it appears fans were meant to believe it was a possibility.

Snoke's backstory has seemingly changed multiple times since the character was created and, despite the official in-universe one being a far cry from what fans theorized in the early days, the villain's basis in production tells us that speculators were right on point.