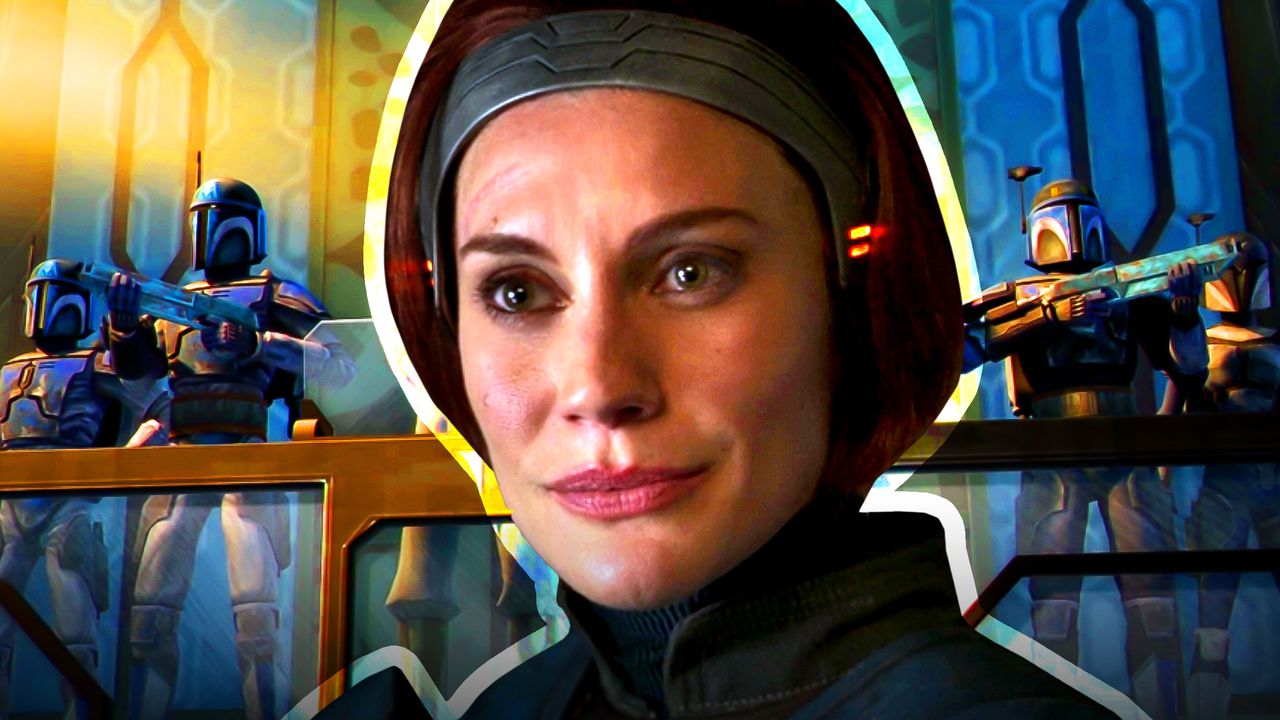 Season 2 of The Mandalorian thrilled fans with its steady stream of character cameos from various Star Wars films and series.

In addition to the finale episode's surprise cameo, showrunners Jon Favreau and Dave Filoni tackled the challenge of bringing animated Star Wars characters to live-action for the first time this past season, including Ahsoka Tano and Bo-Katan Kryze from both Star Wars: The Clone Wars and Star Wars Rebels.

One of the reasons for these character appearances is Disney and Lucasfilm's plan for an interconnected Star Wars Universe akin to that of MCU culminating in a massive crossover event. And when it comes to what characters fans may see next in future projects, Bo-Katan Kryze's Katee Sackhoff has a few suggestions.

BO-KATAN KRYZE'S KATEE SACKHOFF HAS IDEAS FOR A FUTURE CAMEO

Katee Sackhoff who played Mandalorian Bo-Katan Kryze is unique in that she not only played the character for The Mandalorian's sophomore season, but she was also the voice of the character in The Clone Wars and Rebels.

When speaking during Topps WinterCon, via ComicBook.com, about which animated characters she would like to see in live-action form, Sackhoff said, “I think I would love to see some stuff with Pre Viszla.”

Pre Viszla was also a Mandalorian with ties to the Death Watch, Darth Maul, Bo's sister the Duchess Satine, and the Darksaber.

What's even more interesting is that the character was voiced by Jon Favreau, the creator and showrunner for The Mandalorian. And if that wasn't all, Favreau is also an actor and appears in his own projects. MCU fans know him best as the Iron Man director and Happy Hogan.

Favreau's Vizsla was integral to the Mandalorian-centric stories told in The Clone Wars, and he was equally influential on Bo-Katan's arc which is still playing out on the Disney+ series.

“That was such a fun storyline for Bo and it was such a fun glimpse into ... for fans who haven't seen [Star Wars: The Clone Wars] and [Star Wars Rebels], Bo-Katan didn't start out necessarily on the right side of things. She thought she was, so I would recommend people go back and watch Clone Wars because I think you can understand what I'm talking about, and that is that time with Vizsla, which I think is important to who she is as a person and the growth that she's gone through. I would love to see that.”

It's true that Bo-Katan has a complicated history, much like her planet Mandalore and its people. The Clone Wars, Star Wars Rebels, and now The Mandalorian's second season has explored this but without a full conclusion.

Since Mandalorians appear to be a major focus in Star Wars storytelling these days, it's not a stretch to think audiences will be seeing more important Mandalorian figures in live-action form in the future.

‘The Mandalorian’ Season 3 was rumored to feature at least one Wookie.
A VFX montage video for 'The Mandalorian' was officially revealed.
Katee Sackhoff said she'd like to explore Bo-Katan's leadership role and whether she thinks she's the right person to lead in 'The Mandalorian.'
See All The Mandalorian News, Rumors and Leaks on DirectFact

THE POSSIBILITIES OF A LIVE ACTION PRE VIZSLA

While the relationship between Baby Yoda/Grogu and Mando is the heartbeat of Disney+ series thus far, the show continually touches on the different Mandalorian groups and beliefs, their history and culture, and their weapon of the Darksaber.

Now that Mando is the wielder of this legendary weapon, it seems natural for Season 3 of the series to focus on the state of the Mandalorian people, their planet, and its subsequent politics.

However, Katee Sackhoff's desire to see Pre Vizsla may only be possible through the use of flashbacks. This is because Pre Vizsla was killed by Maul in Star Wars: The Clone Wars.

But again, since Favreau originally voiced the character and is an actor himself, it's not out of the realm of possibility; especially since Pre Vizsla is from the Clan Vizsla who has passed down the Darksaber for generations.