Spider-Man: No Way Home is no stranger to leaks and rumors. In fact, this Spider-Man movie is turning out to be one of the most leaked films in history! From rumors of previous Spider-Man actors Andrew Garfield and Tobey Maguire returning to the return of fan-favorite Charlie Cox's Daredevil, to the Sinister Six's return, No Way Home is rumored to be packed with tons of fan service!

From the early leak of its teaser trailer to spoiler-heavy set photos, many would agree that No Way Home built a reputation as one of the most leaked movies of 2021. Due to the unexpected release of information, Sony managed to embrace the craziness by acknowledging it during the trailer's premiere.

The leaks didn't stop there, as a set photo featuring Tobey Maguire and Andrew Garfield emerged on social media with both actors wearing their respective Spider-Man costumes. As expected, Garfield was asked if the image was real, but he quickly debunked it.

However, another image involving Garfield has been revealed online. This time, it shows The Amazing Spider-Man actor alongside Maguire and Holland in full Spider-Man gear. Given that Sony took the images down, many believe that it was, in fact, real.

Now, Garfield has responded yet again to the No Way Home rumors in a new video.

Andrew Garfield is 'Done' with the Spider-Man Return Rumors 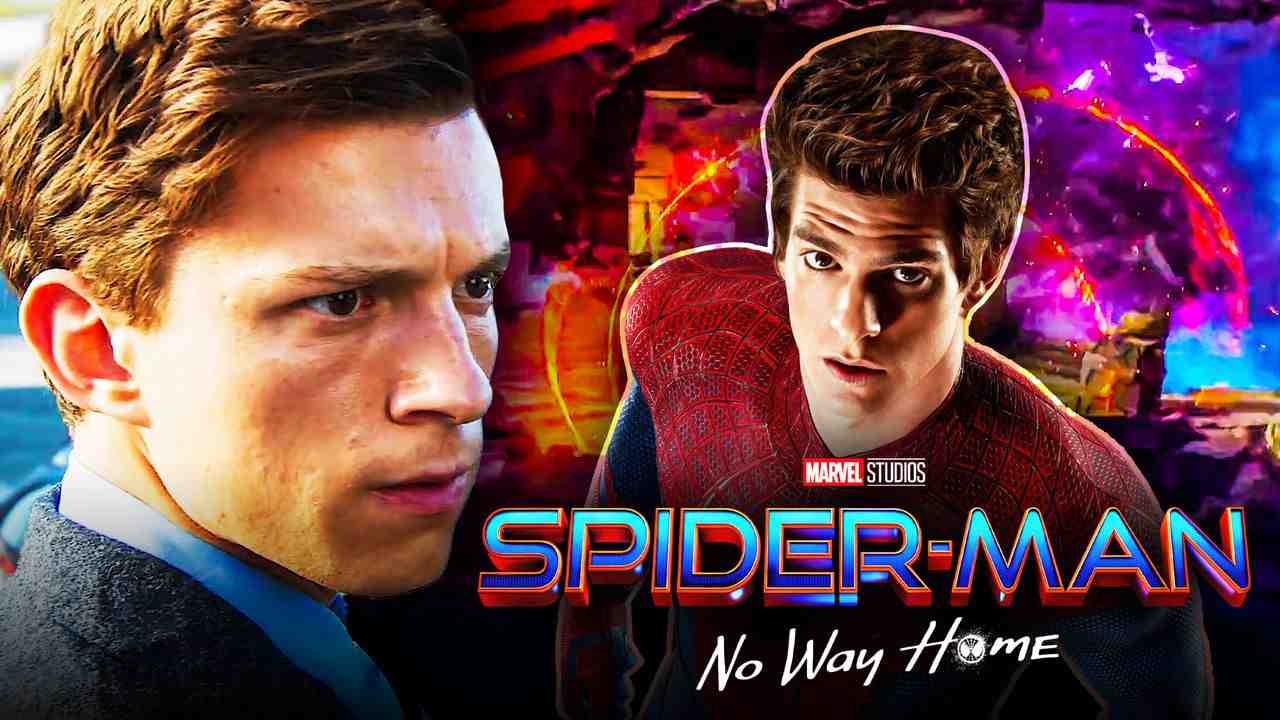 Andrew Garfield appeared as a guest star in GQ's episode of Actually Me, a show where celebrities go undercover on the internet to respond to real comments from Twitter, Instagram, Quora, Wikipedia, Reddit, YouTube, and TikTok.

In the video, Garfield took the time to answer a YouTube comment from a clip from The Tonight Show Starring Jimmy Fallon where he talked about the rumor of him appearing as Peter Parker in Spider-Man: No Way Home.

YouTube user Felipe Galhardo pointed out that Fallon should've asked Garfield about the leaked video instead of the photo that has been circulating on social media:

"Goddamit, Jimmy. why didn't you ask him' about the VIDEO instead of the photo? I'd love to see what he'd come up with to dodge that."

Back in September 2021, a leaked image showing Garfield suited up in his Amazing Spider-Man costume next to fellow Spider-Man actor Tobey Maguire in front of a blue screen appeared on social media. It was later copyright blocked online, thus fueling speculation that the image is real.

Garfield addressed it on Fallon's show by claiming that it was photoshopped.

In GQ's latest video, Garfield admitted that he's "done" with explaining to fans that he's not in No Way Home, telling everyone that they will find out when the threequel premieres in December 2021:

"This is about this Spider-Man Photoshop thing that we talked about at Jimmy Fallon. Listen, at this point.. .I'm done. We'll all out find out when the movie comes out and we'll either be very disappointed, or we'll be very happy, or like, someone will say, 'I told you so.' And the other person was a bit, 'I told you so.' We'll all find out. I'm sorry in advance."

Andrew Garfield's latest comments suggest that he is tired of all the No Way Home rumors of his involvement.  The actor's remark is understandable, especially after interviewers have bombarded him with questions about his rumored inclusion in the MCU threequel.

Still, it's worth pointing out that Garfield has continued to dodge queries about his MCU appearance, leaving many to wonder if he will indeed return as Marvel's web-slinger.

Despite Garfield's denial, there has been a wide array of substantial evidence that points to his Marvel comeback, such as the aforementioned set photos, revealing comments from the cast and crew, and even an edited trailer shot.

For those fans following every report and rumor about No Way Home, it's reasonable to assume that they already have a general idea if Garfield would appear or not. Meanwhile, casual fans who are not well versed with the film's barrage of leaks will have the benefit of going in blind in the premiere.

Whatever the case, No Way Home is shaping up to still be an exciting movie despite the leaks, and fans will find out if Garfield will be involved when the film premieres in theaters on December 17, 2021.

Garfield's full response can be watched below, starting at the 10:45 mark:

Black Panther 3: When Will It Release In MCU Phase 6-7?