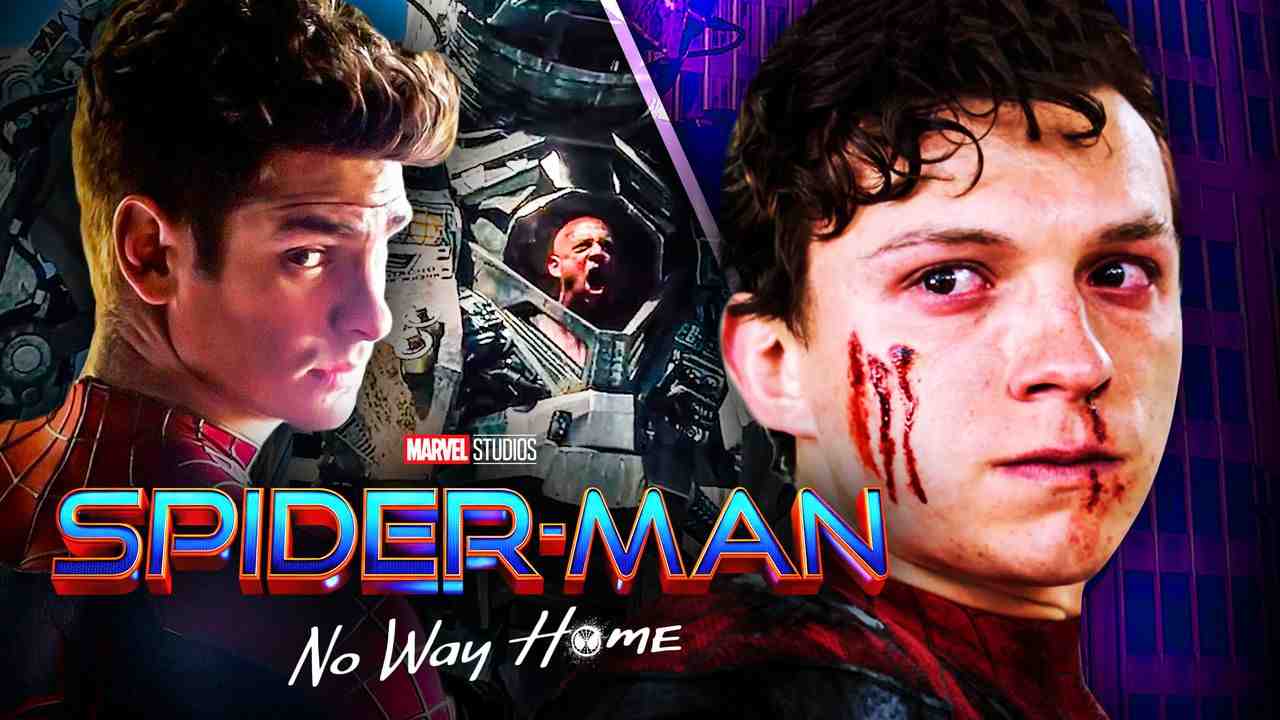 Have you ever stood opposite Peter Parker in a live-action Spider-Man film? If so, you may qualify to be rumored for Spider-Man: No Way Home.

Since Jamie Foxx's reported return as Electro shattered the internet this past October, speculation has run wild on Tom Holland's third MCU solo flick being a multiversal adventure that ropes in villains and heroes from past Spider-Man films. Everyone from Thomas Haden Church's Sandman from Sam Raimi's Spider-Man 3 trilogy to Rhys Ifans Lizard from Marc Webb's The Amazing Spider-Man have been rumored to join the fray.

As December inches closer, these actors from Spidey past have been questioned about their involvement in No Way Home. Aside from Alfred Molina, Spider-Man 2 's Doc Ock, each star has doubled-down that they will not be reprising their villainous roles anytime soon.

The Amazing Spider-Man 2' s Rhino is not making the leap to the Marvel Cinematic Universe.

Speaking with ComicBook.com , actor Paul Giamatti cast doubt on his rumored return as Aleksei Sytsevich in December's Spider-Man: No Way Home, noting he's "happy" with leaving the character at a one-film appearance.

"I'm happy. I hadn't followed any of [these rumors]. Somebody else just asked me about this, so I hadn't been following. I'm okay with that. I'm certainly okay to just leave it all where it is. It's fine with me."

This is the first time Giamatti responded to the No Way Home rumors, which first materialized this past May per Jeff Sneider of Collider. Sneider, who has been the source for many Spider-Man 3 rumors, noted that he heard "Sandman, Rhino, and Lizard" as three other villains to complete a Sinister Six roster that is rumored to include Willem Dafoe's Green Goblin , Alfred Molina's Doctor Octopus, and Jamie Foxx's Electro.

HIBERNATING FOR THE WINTER

Giamatti's Rhino has always seemed like an odd choice to fill the MCU's Sinister Six.

Considering the five aforementioned rumored names were all the main antagonists of their respective Sam Raimi or Marc Webb films, the Russian mobster turned armored animal would automatically feel a little lesser than his stablemates. Giamatti only has two scenes in 2014's The Amazing Spider-Man 2 , and only suits up as the mechanical beast in the film's final moments. Compared to the Electros and Doc Ocks of the cast, Rhino is far less established in multiversal lore.

Then again, actors denying involvement in a project should always be taken with a grain of salt.

Jamie Foxx infamously back-tracked his comments about appearing in Spider-Man: No Way Home, notably switching his "super excited to part of the new Marvel Spider-Man new installment!" to a more doubtful "if I’m in it, I’ll be so happy." Foxx's involvement still remains a mystery, but it's clear these actors are trying to be as tip-lipped as possible about December's web-slinger flick.

Alfred Molina is the only rumored name that has publicly confirmed his involvement, much to the dismay of Marvel Studios President Kevin Feige. Rumored actors like Giamatti and Dafoe are playing it safe by shutting down the speculation , but fans truly won't know who's telling the truth until this Christmas.