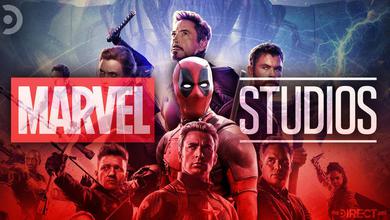 After being butchered in X-Men Origins: Wolverine and years of hints that a solo project was once in the works, test footage of Ryan Reynolds as the Merc with a Mouth leaked during 2014's San Diego Comic-Con weekend. The clip went viral, and the overwhelmingly positive fan response was enough for Fox to green light the flick. An incredible marketing campaign coupled with numerous box office records later, and the rest is history.

When Disney acquired 21st Century Fox and all their assets, it left many wondering how the Rated-R mutant would co-exist in the very family-friendly House of Mouse.

Despite its proven success, Deadpool's future on the silver screen is currently up in the air. Speaking to Fast Company, Ryan Reynolds was very blunt in sharing what he knows about the future of his beloved character:

"Three words. I don't know. Obviously, everything is on pause right now."

Reynolds' comments shouldn't squander all hope for Wade Wilson's future at Disney. As he mentioned, much of Hollywood is on pause right now due to COVID-19, and it is understandable that Disney would prioritize finishing their projects already deep into production rather than starting new ones.

Deadpool creator Rob Liefield has been more than outspoken with criticism for how Disney has handled the regenerating degenerate, and Reynolds quick dismissal of the topic seems to echo some of those frustrations.

Disney has always put family-friendly content first. Scott Derrickson infamously exited Doctor Strange: in the Multiverse of Madness over "creative differences," which were later revealed to be over disagreements on the sequel's tone. Derrickson wanted to dive more into the horror elements, while Marvel President Kevin Feige favored keeping everything PG-13.

Deadpool is quite literally the antithesis of everything Marvel Studios has produced. His gruesome combat style combined with his very selective lexicon does not mesh well with what the House of Mouse represents. Despite his R-Rated nature, Disney likely wants to utilize Fox's most successful X-Men property, but it raises the question: will it be the authentic Merc with a Mouth fans adore, or will he be toned down to fit the Disney vibe?