Marvel Studios' eventual foray into the Disney+ realm is shaping up to be jam-packed with both old and new heroes. Fan favorites are returning in series such as The Falcon and the Winter Soldier , WandaVision , Loki , and Hawkeye . Meanwhile, new heroes will be introduced in the likes of She-Hulk , Moon Knight , and last but certainly not least, Ms. Marvel .

Ms. Marvel had been one of the franchise's vaguest projects until recent weeks. It was recently reported that filming for the series would finally pick up later this year and that the titular hero herself will shown up in the MCU before her Disney+ launch .

However, the most interesting tidbit of news to come from the series was when The Direct exclusively revealed that Ms. Marvel will also make an appearance in Captain Marvel 2 , which is set to release sometime in 2022 as well.

All in all, it's looking like Ms. Marvel (both the series and the character) will be playing a big role within the MCU. And now, a new report is expanding the cast of the upcoming show...

An exclusive report from The Illuminerdi claims that its sources have discovered two new casting calls for roles in Ms. Marvel . The report also reaffirms that Ms. Marvel will begin production later this year with a slate from November 2020 to March 2021.

For the roles, one is female and the other is male, and both are supposedly appearing in four of the currently slated six episodes of the series.

The male role is going by the code name Omar, while the female role has a code name of Willow. According to The Illuminerdi , Omar is described as

"...a Pakistani American in his mid-to-late 20’s, a practicing Muslim and a self-proclaimed wiser older brother. He is also listed as modern and spirited."

On the other hand, The Illuminerdi cites the casting call for Willow as:

"...a 16 to 20 year old American teenager of Turkish, Moroccan, or Arab decent. Active in student organizations with a love of being in charge, she is described as a hijabi Muslim, woke, popular, stylish and smart." 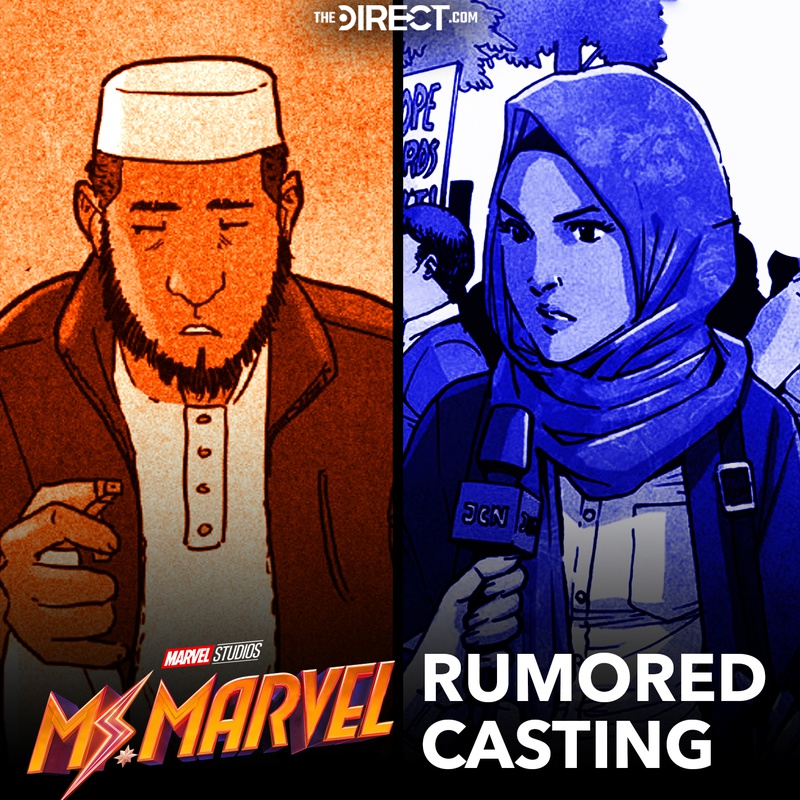 It should come as good news to fans and viewers alike that Ms. Marvel is finally expanding its roster. Up until this point, there had been no other confirmed or rumored roles for the series, apart from Kamala Khan herself. And in terms of these two rumored roles, they may very well play an important part alongside the heroine.

In the comics, Kamala has an older brother named Aamir Khan. Looking at the casting list for Omar, he seems to align perfectly with Aamir; apart from the fact that the listing blatantly states him as an "older brother," the age range works, considering Kamala should be around 16 to 18.

As for Willow, the best prediction is that the role will be for Kamala's best friend, Nakia Bahadir. Nakia's ethnicity matches with the casting list (in the comics she's Turkish/Muslim) and she is often portrayed as an activist, also matching the "active in student organizations with a love of being in charge" and "woke" aspects.

Nevertheless, Marvel Studios is known for putting its own spin on classic comic roles, so no matter how perfectly these roles match up with the listings, there's always a lingering what-if. Still, given that this series could potentially explore Kamala's venture into the superhero world, it's safe to say that she'll need some help navigating it (a-la Peter Parker and Ned Leeds style).

Robert Downey Jr. Reacts to Tarantino’s Marvel Comments: ‘Let’s Just Get Over It’