Doctor Strange in the Multiverse of Madness was a sequel for heroes far beyond the title character. Beyond following up 2016's Doctor Strange and December's Spider-Man: No Way Home, Benedict Cumberbatch's second solo installment continued the legacy of Disney+'s WandaVision. Elizabeth Olsen's Scarlet Witch picked up right where she left off, mesmerized by the Darkhold's wicked promise: a reunion with her Maximoff twins.

WARNING - The rest of this article contains spoilers from Doctor Strange in the Multiverse of Madness.

Both Julian Hilliard and Jett Klyne reprise their roles as Billy and Tommy Maximoff in Doctor Strange 2, although these Earth-838 iterations are not the same characters from WandaVision's Westview. While the same joyous momma's boy energy is there, neither showcase the powers their Earth-616 versions had.

As seen in WandaVision, Billy possesses telepathic and telekinetic abilities, while Tommy has Quicksilver-like super speed. In the comics, these powers propel the Maximoff boys onto the Avengers' radar, and they both go on to be core members of an adolescent roster of Earth's Mightiest Heroes.

An MCU adaptation of the Young Avengers has been discussed by fans for years. There's no telling if or when a Marvel Cinematic Universe adaptation will happen, but one of the Maximoffs already has an idea of what he'd like to see.

Doctor Strange in the Multiverse of Madness star Jett Klyne may be just 12 years old, but he already has two blockbuster Marvel projects to his name. And if the live-action character arc of Tommy Maximoff is anything like the comics, he's just getting started.

Speaking with The Direct's Liam Crowley, Klyne discussed the extensive research he did on Tommy Maximoff ahead of WandaVision and Doctor Strange 2, which included reading many Young Avengers issues. While there are dozens of roster combinations, Klyne pointed to two that he particularly enjoyed that would be "awesome" to see adapted on screen:

Avengers: The Children's Crusade was a 2010 event in Marvel Comics that teamed up Speed (Tommy) and Wiccan (Billy) with other Young Avengers heroes, including Cassie Lang's Stature, Kate Bishop's Hawkeye, Eli Bradley's Patriot, Teddy Altman's Hulkling, and an upgraded version of The Vision.

One key member of the West Coast Avengers, America Chavez, makes her MCU debut in Multiverse of Madness. Xochitl Gomez spends most of her screen time alongside Benedict Cumberbatch and Elizabeth Olsen but does share one brief scene with Klyne. The two don't share any dialogue, but Klyne is looking forward to that potential interaction down the line.

"We could see her. Well, she was there. So we met her, but if we could, like talk to her, and like in the scene, if we could actually be in the scene with her and interact with her, that'd be really awesome. And cool, because she's a great actress. And we're all young. So sharing the screen with another young hero in the MCU would be something new to me, at least."

Even though Doctor Strange 2 was Gomez's MCU rookie outing, Klyne emphasized that she fit right into the Marvel fold.

"We had talked to her a bunch. We were just more like friends and like that. She's a really great actress as well. I think she did amazing just with how she did, so I don't even think she needed [advice]."

Most Young Avenger stories take place on Earth-616, which is 222 universes away from the world Doctor Strange 2's Tommy calls home. The future of the MCU's kid speedster remains unknown, but if Klyne is to return, he hopes to "stick to one" version of Tommy Maximoff.

"I would like to stick to one and see how his story could evolve, and how he could become a different person as we watch him if we were to through the movies. But I would also, you know, seeing what different Tommys [are out there]. It would also be really fun because different Tommys, different cool twins."

There's no telling when they will sprout, but Marvel Studios is planting Young Avengers seeds all over Phase 4. Immediately following the Maximoffs' debut in WandaVision, fans were introduced to Elijah Richardson's Eli Bradley in The Falcon and the Winter Soldier and Hailee Steinfeld's Kate Bishop in Hawkeye.

All the aforementioned characters are key members of the Young Avengers on the page, and play major roles in the acclaimed event series Avengers: The Children's Crusade. While it would take some time to get the MCU iterations of these heroes to that level, Doctor Strange 2 did set up a key Children's Crusade plot point.

In that comic series, Billy Maximoff's reality-bending abilities begin to reach Scarlet Witch status, who is MIA at the time. Tommy sets out to find his lost mother for answers, which ends up pitting him against his teammates. The MCU's Scarlet Witch seemingly ends Doctor Strange 2 at the bottom of some Mount Wundagore rubble, but considering fans don't see a body, she is likely still lurking out there somewhere. Doctor Strange and company might write her off as done and dusted, but an optimistic Young Avenger could be the one to commit to finding her.

As for the other comic Klyne mentioned, America Chavez is a key player in a reformed roster of the West Coast Avengers. This smaller, Los Angeles-based team consists of Chavez, Kate Bishop, Fuse, Gwenpool, and Kid Omega.

As evident by projects like Captain America: Civil War and Iron Man 3, the MCU is far from a beat-by-beat adaptation of the comics. When the Young Avengers inevitably come together, it will likely be a blend of various comic rosters, meaning there's room for Chavez in a Children's Crusade-inspired MCU project, or Tommy Maximoff to factor into a West Coast Avengers team.

Until then, Marvel is continuing to scatter adolescent heroes across the franchise. Iman Vellani's Kamala Khan is weeks away, and Kathryn Newton's Cassie Lang is expected to play a larger role in Ant-Man and the Wasp: Quantumania.

For now, fans can see Jett Klyne in Doctor Strange in the Multiverse of Madness, which is playing in theaters now. 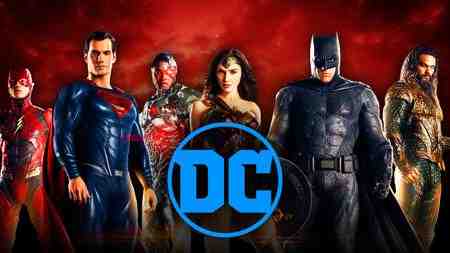