Spider-Man: Miles Morales will be a launch title for the PlayStation 5, with the Ultimate Edition of the game coming bundled with a remastered version of Spider-Man for PlayStation 4. Luckily for PS4 users, the game will also be releasing on the previous console, allowing players to enjoy the game without having to upgrade just yet.

Miles Morales is available for pre-order now , and comes with a few extra goodies including early access to a new Spider-suit for Miles to wear in-game.

If players want to enjoy Spider-Man Remastered though, they will need to take the plunge on a new console, with the only way to obtain the game being to buy the Ultimate Edition. PlayStation has now revealed new features added to the new version, including a significant change made to Peter Parker...

In a new PlayStation blog post , Community Director at Insomniac Games James Stevenson detailed many features of the upcoming Spider-Man Remastered for the PlayStation 5. The game has received a complete overhaul visually, now taking advantage of the PS5's additional power to add ray tracing for reflections and ambient shadows.

One of the biggest changes between versions affects Peter Parker himself, completely updating the look of his face model.

John Bubniak was used as the face model for the original Spider-Man , but has now been replaced by Ben Jordan for the remaster:

"We loved working with John Bubniak on the original game; however, to get a better match to Peter Parker/Spider-Man actor Yuri Lowenthal’s facial capture, we have cast Ben Jordan to be the face model for Peter Parker on the PS5 console. He looks incredible in-game, and Yuri’s moving performances take on a new life."

Peter Parker looks significantly different to his PS4 incarnation, looking much younger and having a completely revamped hairstyle in comparison to the original model: 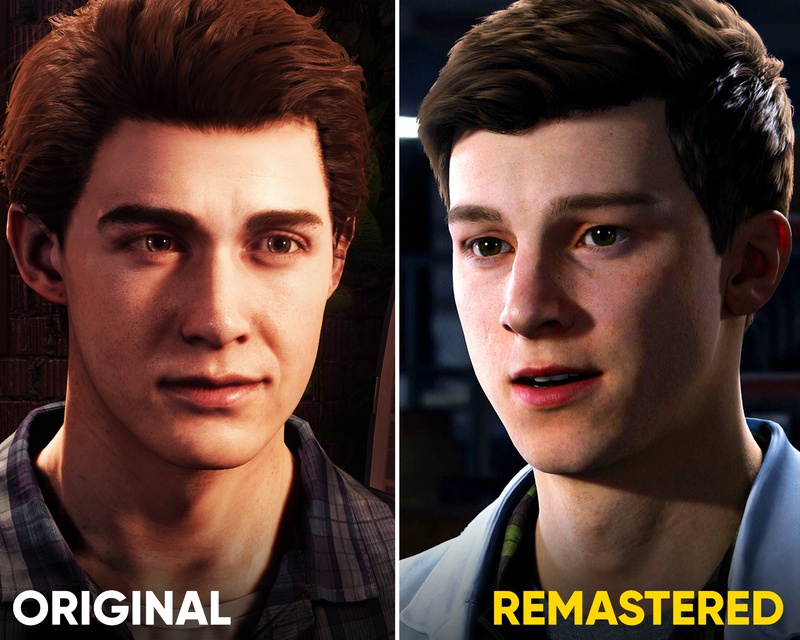 This new version of Peter Parker bears a lot of similarities to Tom Holland's Spider-Man, sharing a much rounder face and overall proportions to the MCU Spidey: 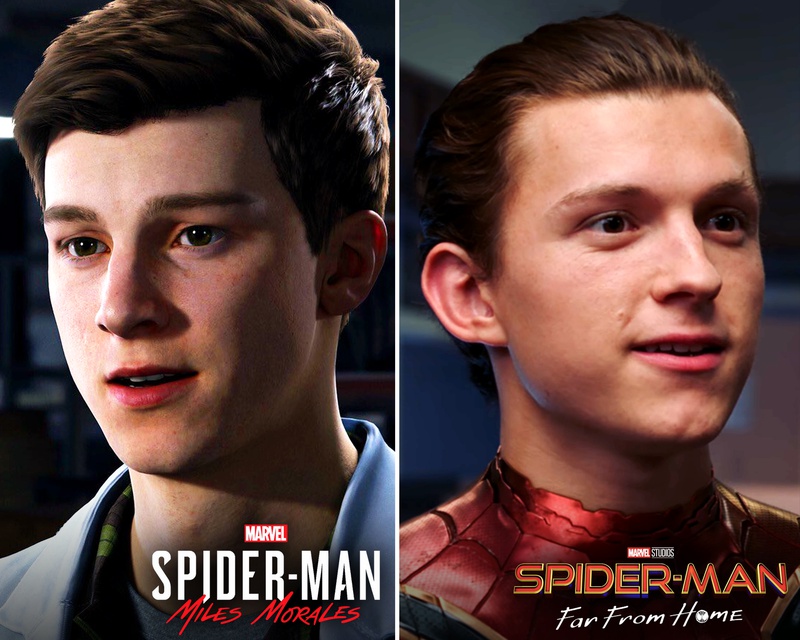 You can see the new model for Peter Parker in-game in the video below:

Players that are familiar with the original release of Spider-Man PS4 may be caught off guard by this change at first. Spider-Man Remastered was believed to be a simple upscale to work better and take advantage of PS5 hardware, though it seems much more has been updated for this new version.

Interestingly, the model for Otto Octavius appears to be the same as the one from Spider-Man PS4, calling into question why Peter was changed specifically. Little criticism was given to how the game looked visually on PS4, so an update to Peter Parker is quite a surprise indeed. Spider-Man PS4 follows a Spidey that is in the prime of his crime-fighting career, so a shift to a younger looking Peter is an interesting choice. The update is not a downgrade by any means, but some players may need some time to adjust to Peter's new look.

Spider-Man PS4 already includes numerous connections to the Marvel Cinematic Universe in particular, featuring its own version of Avengers Tower and Doctor Strange's Sanctum Sanctorum. All of the MCU Spider-Man suits are featured in the game as well, so perhaps Insomniac Games hoped to make the Peter fall more in line with these MCU connections.

Spider-Man Remastered releases with Spider-Man: Miles Morales , and will become available on November 12, 2020 with the launch of the PlayStation 5.