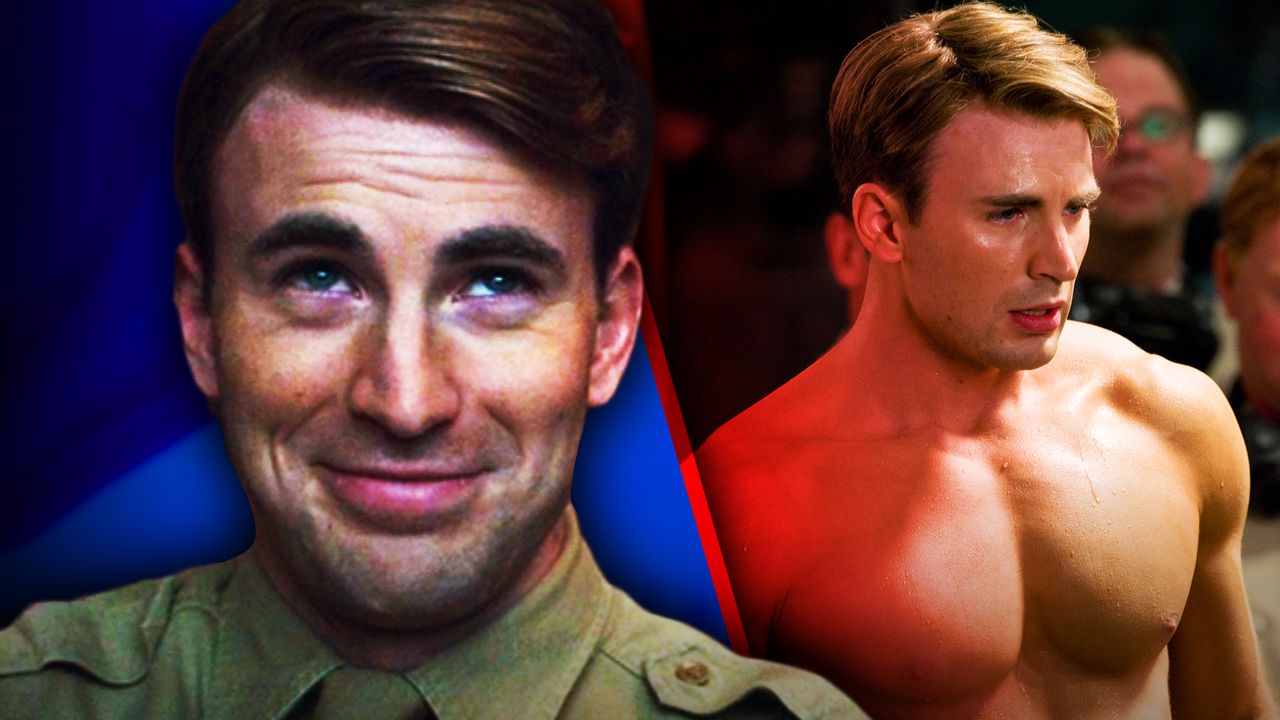 While his comic book counterpart might be traditionally classified as "the peak of human condition," Steve Rogers aka Captain America is definitely superhuman in the MCU. He's able to throw motorcycles, stop helicopters from taking off by pulling on them and go toe-to-toe with billionaires in metal power armor.

Steve may possess superhuman strength, speed, and durability in the MCU, but another of his enhancements is superhuman metabolism. This is established in 2011's Captain America: The First Avenger and referenced in succeeding films.

According to the new book "The Wakanda Files: A Technological Exploration of the Avengers and Beyond" (via Syfy), which has been confirmed to be "in-universe," Steve Rogers' body, at rest, burns through close to 8,000 calories a day after receiving Dr. Abraham Erskine's serum and being exposed to Howard Stark's vita-ray chamber on that fateful day in the New York SSR branch.

This extreme basal metabolic rate was also how Steve was able to survive frozen in the arctic for 67 years. Cap's enhanced metabolism and immune system put him into a kind of "cryogenic hibernation."

A promo spot for 'WandaVision' was officially revealed.
Simu Liu that 'Shang-Chi and the Legend of the Ten Rings' is "going to surprise a lot of people in how small and intimate it can feel."
Jac Schaeffer said that 'WandaVision' will be an "opportunity to dig deeper into who [Wanda and Vision] are," teasing that fans will be "exploring all of those details" from the past of the unusual couple, which includes Quicksilver.
See All MCU News, Rumors and Leaks on DirectFact

The book from which this information originates from and how "canon" the information actually is can be up for debate, but nevertheless, it seems like a fun volume to leaf through.

It's nice to have a semi-official explanation as to how Cap was able to survive sub zero temperatures for almost seven decades without aging or dying.

We also know that Steve can get old, as that's exactly how he appeared at the end of Avengers: Endgame, appearing as an elderly man after going back in time and spending his life with his one true love, Peggy Carter.