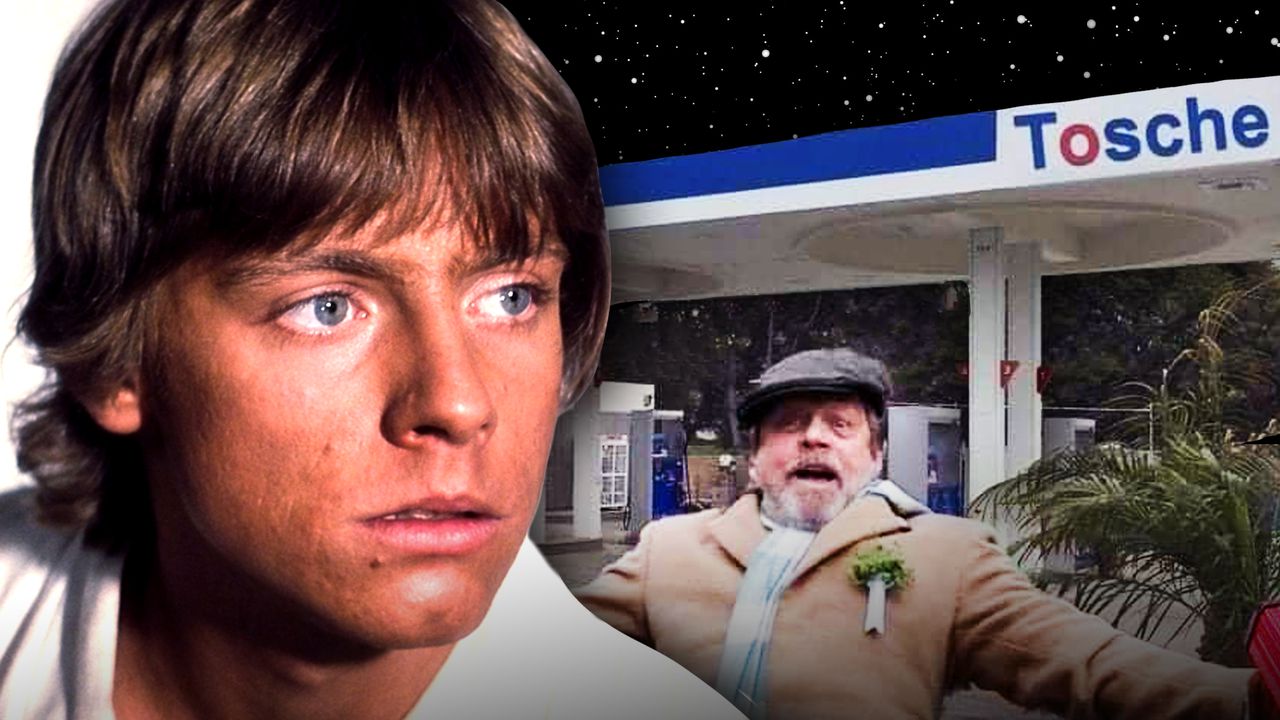 It's funny to think that in May, Mark Hamill declared that he'd played Luke Skywalker for the last time, only to make a surprise appearance in the last episode of The Mandalorian to train Grogu. Even before his cameo in the show, Hamill still kept up his involvement with Star Wars, joining debates of whether Luke's lightsaber could melt through Captain America's shield and even participating in TheMandalorian Season 1 with a smaller cameo.

Hamill is also aware of practically every in-joke regarding Star Wars and his character of Luke Skywalker. So, the actor finally gives closure to one of the longest-running jokes in the fandom: Luke getting those power converters.

Mark Hamill posted a heavily photoshopped image of himself standing in front of a Mobil gas station with the logo replaced with “Tosche,” and Hamill holding a power converter.

“I can finally cross this off my 'to-do' list,” Hamill said about the image with the accompanying hashtag of “#BetterLateThanNever.”

I can finally cross this off my "to-do" list.#BetterLateThanNever pic.twitter.com/3rmfEiA3tv

Early on in the original Star Wars, Luke complains to Uncle Owen that he “was going into Tosche Station to pick up some power converters,” but was forced to complete his chores at home. Of course, before he can get those converters, R2-D2 runs off, Luke is saved from Tusken Raiders by Obi-Wan Kenobi, and his home (and relatives) are burned to ash.

There's a rational explanation as to why Mark Hamill seems to be wearing a stalk of celery in this Photoshopped photo. That's because it isn't actually celery—it's a group clovers. No, Hamill isn't paying tribute to Peter Davison's Doctor from Doctor Who. The photo of Hamill with his arms outstretched is from Ireland's St Patrick's Day celebration in 2018.

Regardless of how many nerdy references Hamill was making, it's good to see him still involving himself in the Star Wars fandom, especially after his return as Luke Skywalker in The Mandalorian.