Fans have learned a lot about The Mandalorian and the Star Wars Universe in general thanks to the Disney Gallery: The Mandalorian series on Disney+. Recently, fans discovered that Mark Hamill, who played Luke Skywalker and is a well-known voice actor, provided the voice for the bartending droid EV-9D9 in the cantina scene from The Mandalorian 's fifth episode of its first season titled "The Gunslinger." 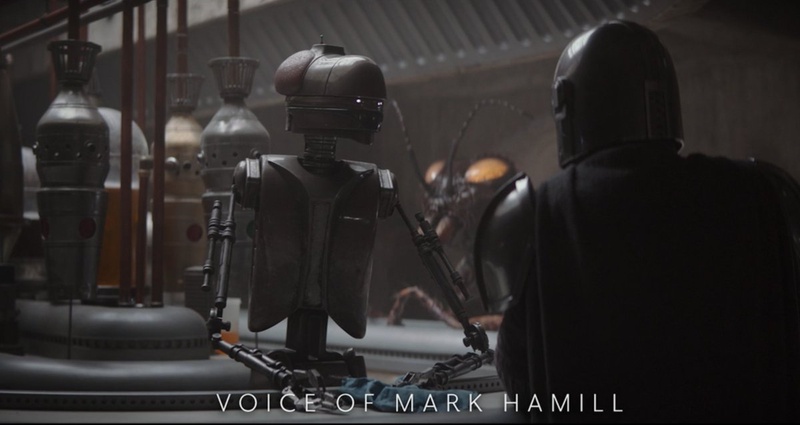 Since the internet has been buzzing about Mark Hamill providing the voice for the cantina droid, he took to Twitter to share even more cameo info. In a tweet , he explained that he provided voice cameos in all of the Star Wars films except for the Prequels. This would include Rogue One: A Star Wars Story and Solo: A Star Wars Story .

Now that @themandalorian secret is out-might as well reveal I am vocally represented in ALL SW films except the Prequels. Thanks to @matthewood for using me in Rogue One, Solo & the Sequels, so I DO have lines in #EpVII. Hint: Look for parts played by Patrick Williams.#TrueStory https://t.co/kRQlo7uub8

He also shared he's credited as Patrick Williams for his various voice cameos. However, he later corrected this information in another tweet explaining the correct credit is William M. Patrick.

It was never about billing (L-#RogueOne R-#Solo) or salary. It was for fun & the fans & because I❤️#EasterEggs! I misremembered my pseudonym as "Patrick Williams"-It was actually "William M. Patrick" (for my older & younger brothers) I'm not telling what the M. stands for. #Guess pic.twitter.com/AOSdsdtD5a 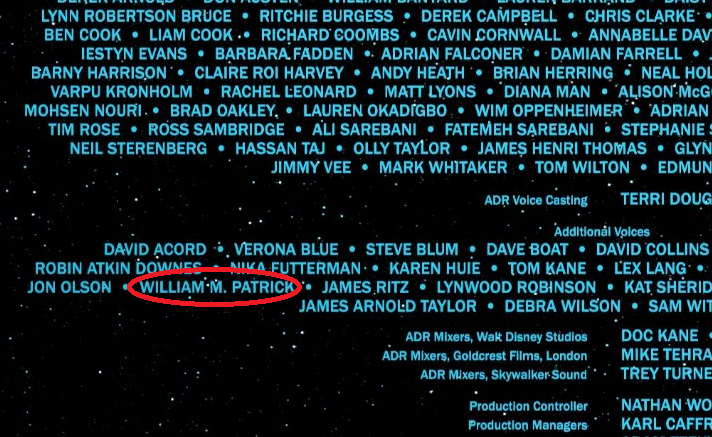 It's no secret Mark Hamill appreciates the Star Wars fandom and is a fan of the franchise itself. The fact he puts his voice talents to use in Star Wars purely for the sake of Easter Eggs only solidifies his fan status. It's also a nice touch learning his pseudonym is a tribute to his brothers, even though he won't tell us what the "M" stands for!

Due to Hamill's reveal, there's no doubt fans will be scanning the credits of future Star Wars films and shows for William M. Patrick. Even though Hamill has said he's officially done playing Luke Skywalker , he never said he was done with the Star Wars Universe.