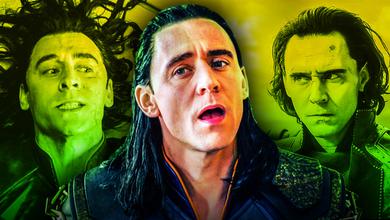 The Marvel Cinematic Universe is only about a week away from coming back after a nearly two-month break, continuing the franchise's run on Disney+ with Tom Hiddleston's Loki. The fan-favorite anti-hero will be the star of his first solo adventure after bursting onto the scene a decade ago as he takes on his wildest adventure to date.

The God of Mischief found a way to steal the Tesseract for the third time in Avengers: Endgame, escaping from the 2012 New York reality during the Avengers' Time Heist to retrieve the Infinity Stones. This put the team writing Loki in an interesting spot with such an open-ended path towards the lead character's development, especially considering Loki is at the height of his villainy here.

As it turns out, both the actor and the status of his character are part of what makes the series so fun to develop.

WHAT PEOPLE REALLY THINK OF LOKI

Loki head writer Michael Waldron spoke to Mid-Day about his work on the Disney+ series, particularly looking back on writing for Tom Hiddleston's lead character.

Waldron praised Hiddleston for being "fun to watch" while revealing that he and the team wanted to "create a story about this character that hasn’t been told" before. The head writer boldly admitted that "Loki is an ass" while describing him as "a man of frustration and chaos," saying that the MCU icon "makes [his] life as a writer, easy:"

“Because Tom is fun to watch, it is fun to write [a story on him]. Our first thought was to create a story about this character that hasn’t been told in 10 years. Loki is an ass, and that makes my life as a writer, easy. He’s a man of frustration and chaos, and in any scene, anything can happen. This gives the writer a chance to take the story in different directions. Just like the shape-shifting character that Loki is, we wanted the show to be [unpredictable] as well."

Waldron also expanded on the fact that Loki's solo series is "striping him off his crutches" by not including Chris Hemsworth's Thor or any other characters from the Thor franchise.

Hiddleston's anti-hero is "forced to reflect in a way he hasn’t" before since he's on his own, unable to "blame everything on Thor or Odin."

As for Hiddleston as an actor, Waldron spoke of him being able to "sell any plot, as long as it is true," especially with the trauma Loki has endured. The series will show that "people see the goodness of Tom in the character" with the actor's "soulfulness, charm and honesty" coming through in his performance:

“He is on his own, so, he is forced to reflect in a way he hasn’t. He can no longer blame everything on Thor or Odin [Loki’s father]. When you have an actor like Tom, you can sell any plot, as long as it is true. Due to the trauma in Loki’s life, I would even [accept a story] in which he is committed to being all bad. Tom’s soulfulness, charm and honesty is evident in the character. So, even when Loki is being mean or deceitful, people see the goodness of Tom in the character.”

With supporting roles in all three Thor films and three of the four Avengers outings, the God of Mischief now has the opportunity for potentially more mischief than ever on his own. In an unpredictable universe with an equally unpredictable partnership with the Time Variance Authority, Loki seemingly has no limits to where it can take the next Disney+ leading man.

This ties in perfectly with Waldron's comments about Loki being "an ass," never acting as one to hold back from doing what's best for himself in any given situation. Now that he's faced with circumstances he's never seen before on Asgard, Earth, or any other realm, there's no telling what kind of trouble he'll find himself in.

Loki will begin streaming on Disney+ on June 9.